Contestants of First Season of “Tush My Apartment” Unveiled! 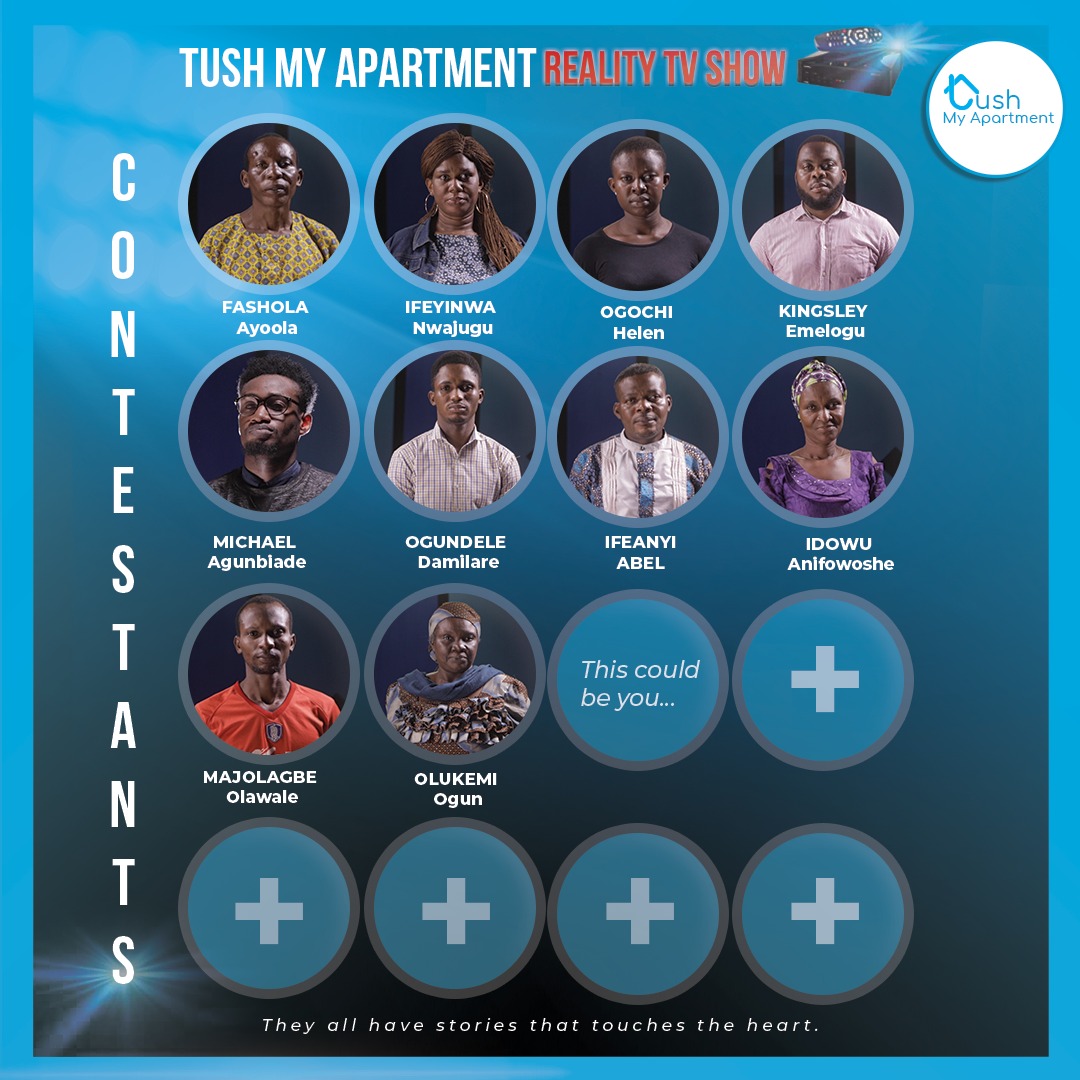 The Host of the first ever real estate, housing and interior decoration reality TV show in Africa, Tush My Apartment, ‘Tage with the Wave’ has announced 11 out of the 16 contestants for the show. He introduced the contestants today during the episode 2 of the show.

The show currently showing on TVC Entertainment has participants from all cadres of life many of whom are poor, less privileged, widows or widowers, school drop out, unemployed, pensioners and many more.

Tage said, the show which will connect with viewers emotions is aimed at changing somany lives and bringing smiles to the faces of Nigerians.

He further said the show can compete favourably with any other reality TV shows because of the organisers sincerity of purpose, respect for societal values, norms and moral teachings.

He encouraged all Nigerians to glue to their screen and also call on corporate organisations to support the show.

According to the Voice over artist, he said any brand identified with the show will definitely not regret it. ” This is because this is a show that will change a lots of lives and brings true laughter and happiness to Nigerian households”, he said.

The show which debuts last week Sunday will feature real life pathetic stories of contestants and solutions to their problems. Nevertheless, some contestants will be evicted on weekly basis while the ones with the highest votes will be saved. For this week, two contestants are put up for eviction. Any of the contestants that is saved by viewers will move to the next round of the show.

Tage called on Nigerians to support their favourite contestants.

Below are the pictures and profiles of the contestants.