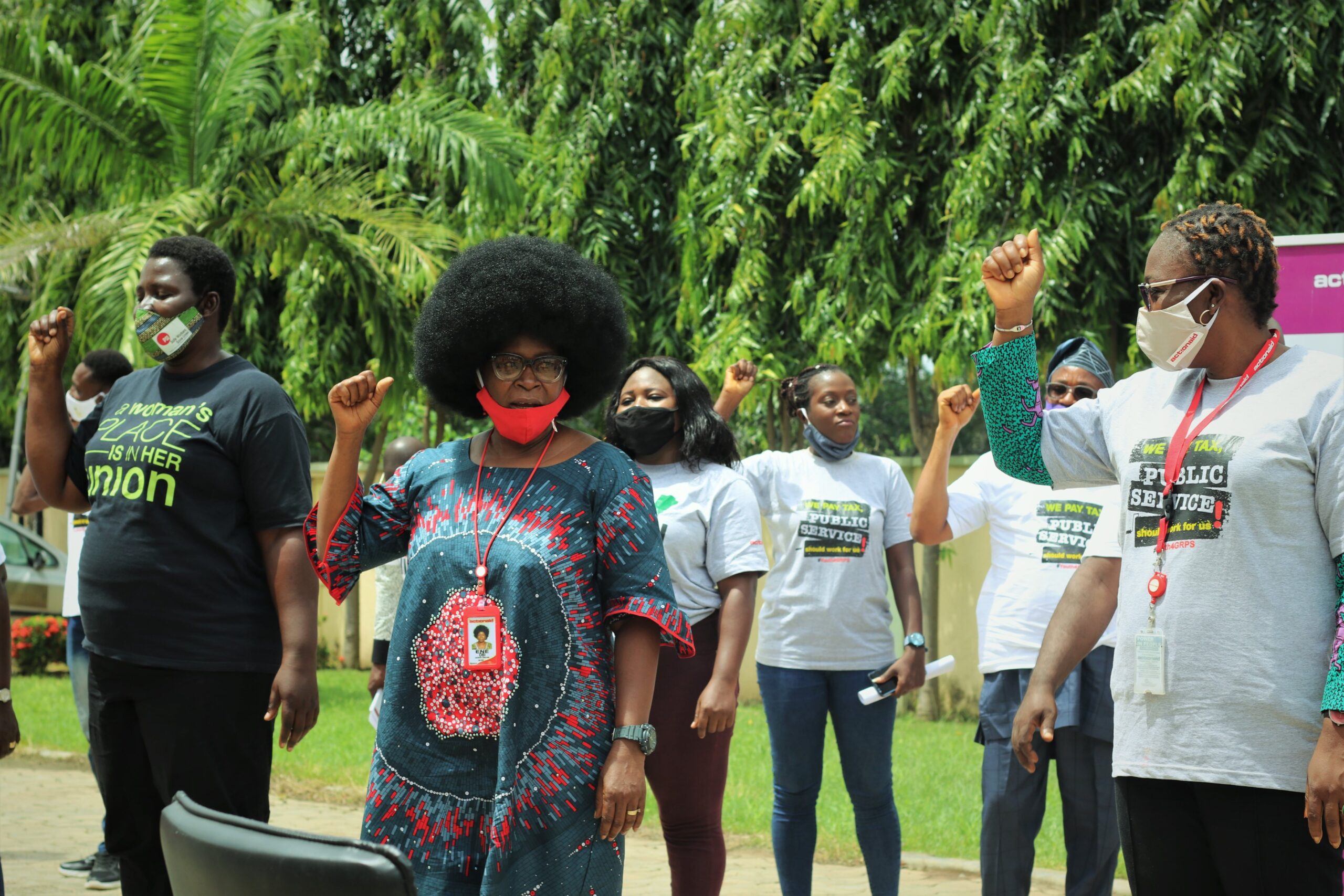 In commemorating the International Public Service Day (IPSD) 2020, ActionAid Nigeria (AAN) alongside other civil groups and organizations in Nigeria such Public Services International (PSI), National Labour Congress (NLC), Civil Society Action Coalition on Education For All (CSACEFA) amongst others have called for increase in annual budgetary allocations for health, education and other essential public services.

They have also said no more should Nigerian government be made to succumb to privatising the essential public services particularly Health, Education and Water among others ever again.

The group while expressing their concerns about the faulty social services in the country today, at the launching of a comprehensive report titled ‘Who Cares for the Future’ said low budgetary allocations to healthcare service delivery in the past few years has promoted medical tourism by the political class and elites in the country who are always ready to pay out of pockets.

Speaking at the launching of the report as part of the activities to mark this year’s #IPSD, End Obi, ActionAid Nigeria’s Country Director said the report is a well researched document on financing gender responsive public services which was a collaborative effort of AAN and PSI.

According to her, “the launching of this report has been programmed to be part of the activities to mark this special day -June 23, being the Public Service Day”.

“A day declared in the year 2003 by the United Nations to celebrate the Workers in the Public Services such as Midwives, Doctors, Nurses, Teachers among others. In other word, it is a recognition and celebration of values and virtues in the public services” she remarked.

Sharing some of the findings of the report at event, Obi disclosed that the well-Researched report was aimed at generating evidences to support on policy change agenda on Gender Responsive Public Service focusing on Health sector with direct focus on Sexual and Reproductive Heath and Rights of Women.

“The findings of the Research revealed that the Healthcare sector has been grossly underfunded by all the tiers of government placing the burden of Health Care on the shoulders of the individuals and Households.

Ene added that in the last four years the Annual budget for Health by Federal Government had never crossed the line of six per cent.

“Debt payments exceeding 12% of national revenue will likely lead to cuts in public services, especially gender responsive public services. We urge the Government to coordinate with other countries to renegotiate debt servicing.” she stated.

The Executive Director, Public Service International, Mrs Abiodun while speaking at the event urged the Federal government to scale up the annual budget for Health Care sector so as to guarantee sustainable health Care service delivery to the masses and to ensure the speedy realization of Sustainable Development Goals by 2030.

Abiodun further stated that Federal Government must shun privatization of the essential public services in order for the citizens to reap true benefits of democratic governance.

“We must say no to privatization and we demand tax justice as well as reduction in the cost of governance in Nigeria, she said.