#DayofAfricanChild: ActionAid urges authorities to be proactive in dispensing justice for the victims of injustice 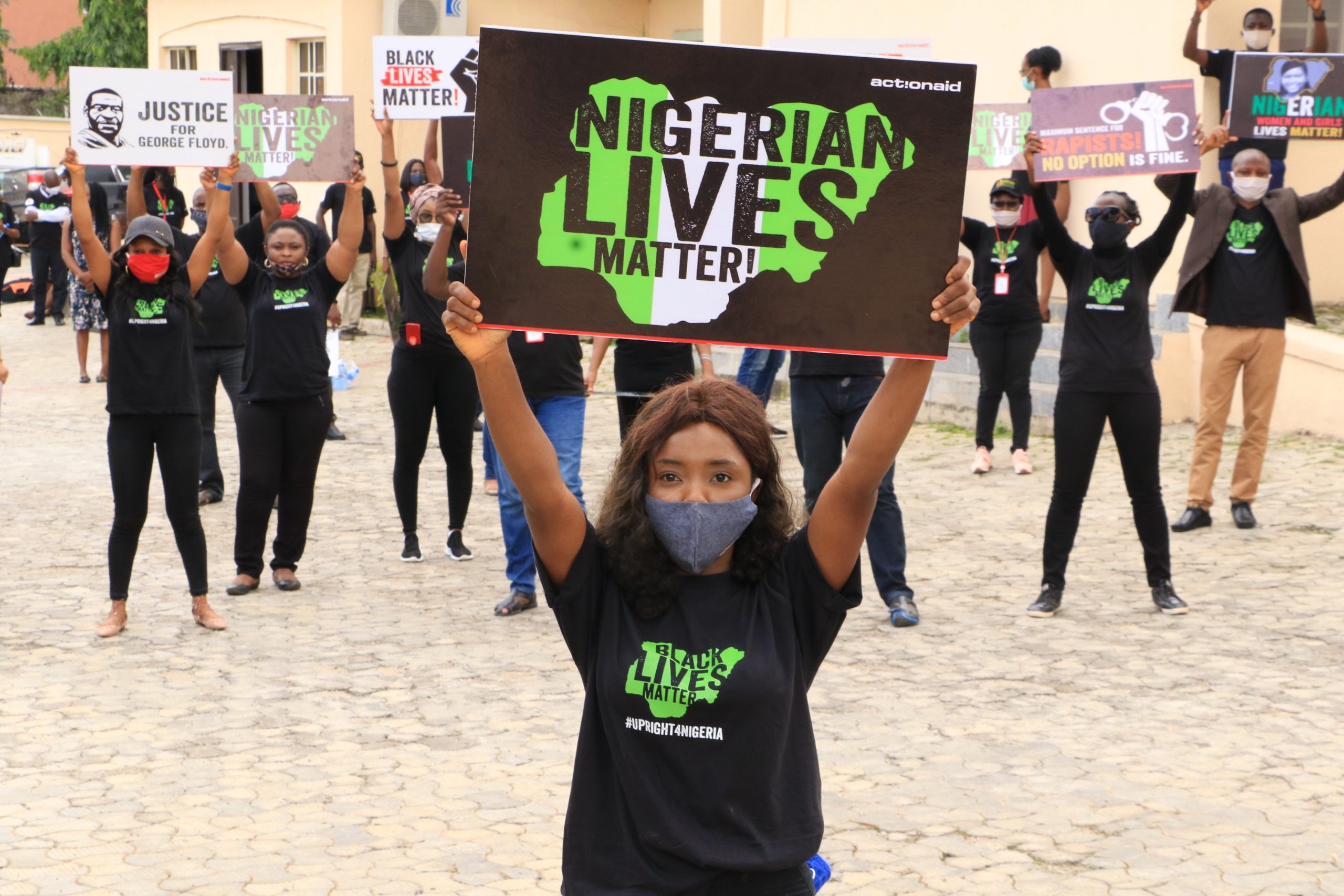 “This rally is also organized to amplify the Nigerian catalogue of miseries that are not yet remedied, though we appreciate the modest efforts being made by government at all levels over the years.” – End Obi, Country Director, ActionAid Nigeria

June 16th of every year has been set aside as a #DayofAfricanChild. This is done in remembrance of the Soweto Students who were killed while protesting the ‘Apartheid Influenced Education” in 1976 in South Africa.

To this end, as a part of the activities to commemorate this special occasion for the Africans globally, ActionAid Nigeria has held a rally yesterday to express solidarity against injustice and racial prejudices in the United States of America which led to the killing of African American man, George Flyod by the Minneapolis Police Officers on May 25th 2020.

According to the Country Director, ActionaAid Nigeria, Ene Obi, in her key note speech during the rally, ‘ActionAid Nigeria joins other activists and protesters, both in and outside of the country to say that “Black Lives Matter,” and we also say “Nigerian Lives Matter” slogan adapted from the advocacy movement that originated in the USA to campaign against violence and brutality against Black people.

“We are equally saying Nigerian Lives Matters because we understand how difficult it is to get justice in this part of the world and we are calling on the authorities to be proactive in providing justice for those victims of injustice such as rape, assault, discrimination, corruption amongst others.”

Ene reemphasized that Corruption is choking the nation called ‘Nigeria’ and it’s currently snuffing life out of many citizens.

“It is quite disheartening to note that many of the Africans and Nigerians “can’t breathe” just like George Floyd cried out before giving up the ghost. The corrupt system and systemic failure in governance is kneeling on the throat of countless of us and we have been choked due to the failure on part of our leaders to dispense Justice for the victims of all forms of injustice in the land”

“This rally is also organized to amplify the Nigerian catalogue of miseries that are not yet remedied, though we appreciate the modest efforts being made by government at all levels over the years.”

“We cannot but address these recurring issues which include: infrastructure deficit, corruption and the cynical ways it sometimes manifests, insecurity, electoral malpractices and violence, ineffective leadership across some tiers of government, sexual assault, cultism, and the workings of a neo-liberal economy that seem to portend women as sex workers.

“The abduction and forced marriage of Chibok girls in Borno State, and yet another incident of 110 girls kidnapped from their school in Dapchi, Yobe State are still largely unresolved with Leah Shuaibu still being held. We remember them as we commemorate the Day of the African Child 2020. Thus, we demand the immediate release of the outstanding girls.” she remarked.

The highlight of the rally was the 8minutes 45 seconds kneeling of the participants in demonstration of how the Minneapolis Police Officer knelt on the neck of the African American man, George Floyd which led to his death.