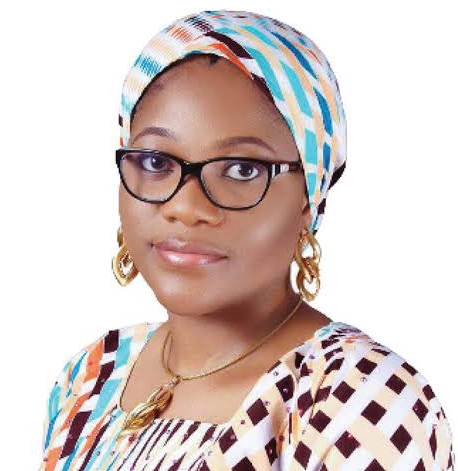 Health misinformation is nothing new to Nigeria. At the height of the Ebola epidemic in 2014, false news, such as advice, allegedly from the Atta of Igala, a chiefdom in Kogi state, as to how bathing in and ingesting saltwater could prevent the disease from spreading, swirled around the country.

This health misinformation consumed at least two victims, while Ebola recorded eight casualties in Nigeria. This pattern of direct disease victims, and those who are victims of ‘the fake news virus’, has already emerged during the COVID-19 outbreak. After rumours, publicly endorsed by US President Donald Trump, emerged that chloroquine could treat the virus, health officials in Lagos reported three cases of individuals being hospitalised are overdosing on the drug.

A fear of the unknown and the deluge of information out in the digital space has made Nigerians vulnerable to the fake news rumour mill. It is not that Nigerians are gullible or will believe any falsehood. Instead, the way information is received should be understood in local contexts, where there is high reverence for miracle healing, a dilapidated health care system and weak communications between the government and the governed. We would liken this to politically motivated reportage which undermines the accountability of institutions like the media, as was highlighted in the SOAS-ACE paper on corruption reporting during Nigerian elections. Similarly fake news in the time of the most urgent health emergency facing Nigeria undermine the work of the dedicated health sector professionals working so hard to combat the crisis.

However, disinformation and misinformation were not as sophisticated in 2014 during the Ebola outbreak as it is now. Nor was the reach, volume and spread of information as widespread: in early 2015 Nigeria had 76 million internet subscribers according to the Nigeria Communications Commission (NCC). By 2019 that figure stood at 122 million, an increase of 46 million. The Nigerian Centre for Disease Control (NCDC) is not just fighting COVID-19 but also fake news, further distracting an already burdened institution. The Centre for Democracy and Development review of the information ecosystem since the first confirmed case of COVID-19 virus in Nigeria suggests that purveyors of fake news have sought to incite panic and panic buying, proffer fake cures, undermine medical advice, promote hate speech against non-Africans, particularly individuals of Chinese origin, and promote polarisation along political lines.

Who are these fake news purveyors?

Social media activists, influencers and self-styled warriors are using their social media platforms and fringe websites to proliferate misinformation, propagate conspiracy theories and promote the denial of the COVID-19 virus. Sometimes their motivation is simply to grow their online followership. For instance, a controversial blogger, Kemi Olunloyo tweeted that President Buhari was sick with a persistent cough and that a makeshift ICU had been set up to treat him. Just a few hours after being published, the tweet had been liked 3,300 times and retweeted more than 2,000 times.

A COVID-19 ‘expert’ industry is all of a sudden booming sector, adding to the misinformation landscape in Nigeria. For instance, an audio clip emerged on WhatsApp on 23 March of an alleged World Health Organization (WHO) expert who claimed to have taken a unique course on COVID-19. In the audio he predicted that at least 45 million Nigerians would die during the pandemic. The audio provoked so much attention that the NCDC issued a rebuttal. Other so-called experts have proffered cures such as constant sex, sitting in the sun or that African blood is immune to the virus. All of which have no medical basis.

There are also political ideologues, who’s aim since the start of the pandemic has been to shape and influence public opinion along partisan lines. Supporters of the People’s Democratic Party (PDP) have sought to curate a narrative that stresses how much better its government handled the Ebola crisis, than how Buhari has dealt with COVID-19 so far. The recent confirmation that Abba Kyari, the president’s chief of staff, has tested positive gave the PDP new ammunition to politicise a flawed response, with rumours circulating that all ventilators had been moved from the isolation centre in Abuja to Aso Rock,State House for Kyari’s personal use. All Progressive Congress (APC) supporters have focused more on the irresponsible action of individuals associated with opposing political parties. Confirmation, from PDP flagbearer in the 2019 election Atiku Abubakar, that his son had contracted the virus was followed by fake photos and videos emerging of his son dancing in clubs, ignoring government isolation advice.

How does it spread?

The platforms used to share COVID-19 misinformation vary across geopolitical zones and demographics in Nigeria. Facebook and WhatsApp continue to be the most popular messaging platforms, whilst Twitter, Instagram and traditional media play complementary roles. There is cross-posting across all platforms. WhatsApp, in particular is a common conduit, as it allows for the circulation of different types of media – audios videos, text messages and links to blogs and other platforms. For audio in languages like Hausa, listeners do not necessarily have to be literate to understand.

Trust also plays a massive role in whether messages are believed. Content is more likely to resonate when it comes from religious leaders, friends, family or other trusted authority figures. President Trump’s comment about the “very, very encouraging early results of chloroquine to treat Coronavirus” were more widespread and believed that the subsequent clarification and dismissal offered by the US Food and Drug Administration. The credibility of the information was, in part, linked to the fact it came from President Trump who, according to a poll by Pew Research Centre, 58% of Nigerians believe “will do the right thing regarding world affairs”.

Containing COVID-19 misinformation
To rapidly and effectively counter disinformation and misinformation the Nigerian government must engage in a sustained two-way communication with her citizens. They must consistently and transparently provide information that responds to citizens concerns. A quick review of the NCDC official Twitter handle, for example, shows in few instances, questions and clarifications being raised by individuals have not been directly responded to. Civil society can also be leveraged by government agencies like the National Orientation Agency to ensure that correct information is shared widely in the public domain and that false news is quickly countered. There is a need to do more to counter the scourge of the second pandemic of false news, which is contributing to making the COVID-19 pandemic more challenging to handle.

Idayat Hassan is director of the Centre for Democracy and Development (CDD).