“Women, girls with Disabilities are being denied of their Sexual Reproductive Health Rights due to discrimination” – DRAC Boss 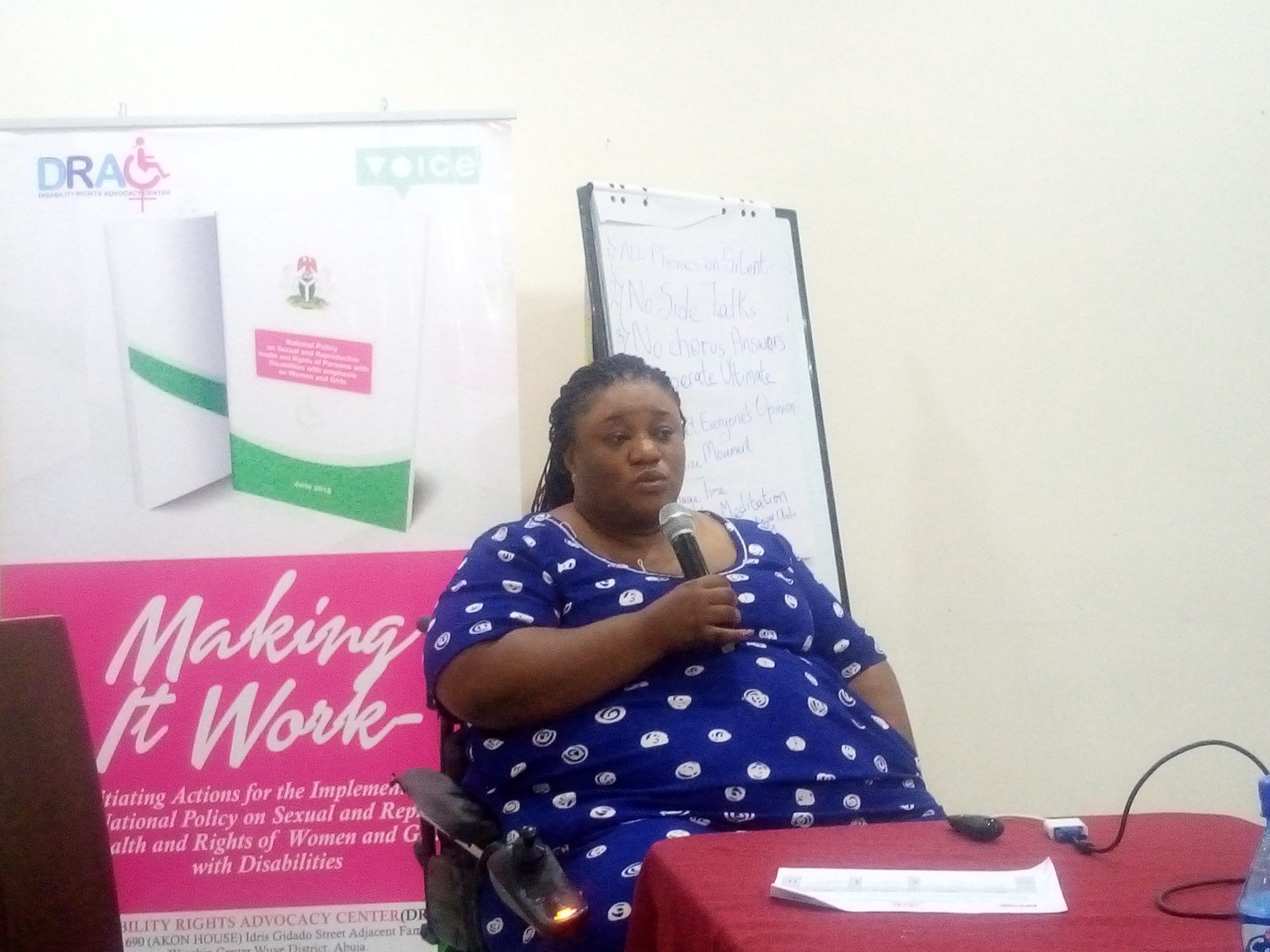 The Executive Director, Disability Rights Advocacy Center (DRAC), Irene Patrick-Ogbogu has called on Federal Government of Nigeria to speed up the implementation of the National Policy on Sexual Reproductive Health Rights (SRHR) for Persons with Disabilities (PWDs) especially for women and girls as the delay could cause more PWDs to suffer untold discriminations in the hands of Healthcare service providers in Nigeria.

Ogbogu said on daily basis more women and girls with Disabilities are being denied access to Sexual Reproductive Health services due to stereotypes and unwarranted discriminations by the service providers who see nothing wrong in it.

“When services are being provided for the society, PWDs find themselves unable to access such services because of one challenge or the other, that is related to their disabilities”

“For this reason, most women and girls with Disabilities often find themselves not being able to address their sexual and Reproductive issues resulting to several cases of complications during pregnancies, childbirth among others” she stated.

She noted that, despite the fact that, this Policy Document has been endorsed by Honourable Minister of Health and approved by National Council for Health, its implementation has not been prioritised.

Ogbogu made this disclosure at the a two day media workshop on Sexual Reproductive Health Rights for the PWDs in Nigeria, held in Abuja, Nigeria’s Capital.

According to her, “Disability is a social construct. It is a barrier created by the society around the people with impairments or PWDs”.

“This social construct also gave birth to several other barriers such as attitudinal, institutional, environmental etc. And we must, as a people find ways to deconstruct these barriers against PWDs in Nigeria”,

“Without these barriers PWDs will perform excellently well just like Persons without Disabilities would and even add more values to their immediate environments” she said.

Speaking on the legislation of Disability Act at the State Levels, she said only seven states in Nigeria has been able to domesticate the Act.

“It is quite disheartening that, Nigeria having ratified United Nations Convention on the Rights of Persons with Disabilities Act and Options Protocol on 28th May 2007 and 27th October, 2008, which gave birth to Discrimination Against Persons with Disabilities (Prohibition) Act of 2018, only seven had successfully passed the Disability Bill into law, namely: Lagos, Plateau, Ekiti, Bauchi, Jigawa, Anambra and Adamawa states, out of 36 states of the federation”.

“This Disability Act says, on no account should any person or an organization treats a person with Disability unfairly. If it happens the organisation will be made to pay fine of N1,000,000” she stressed.