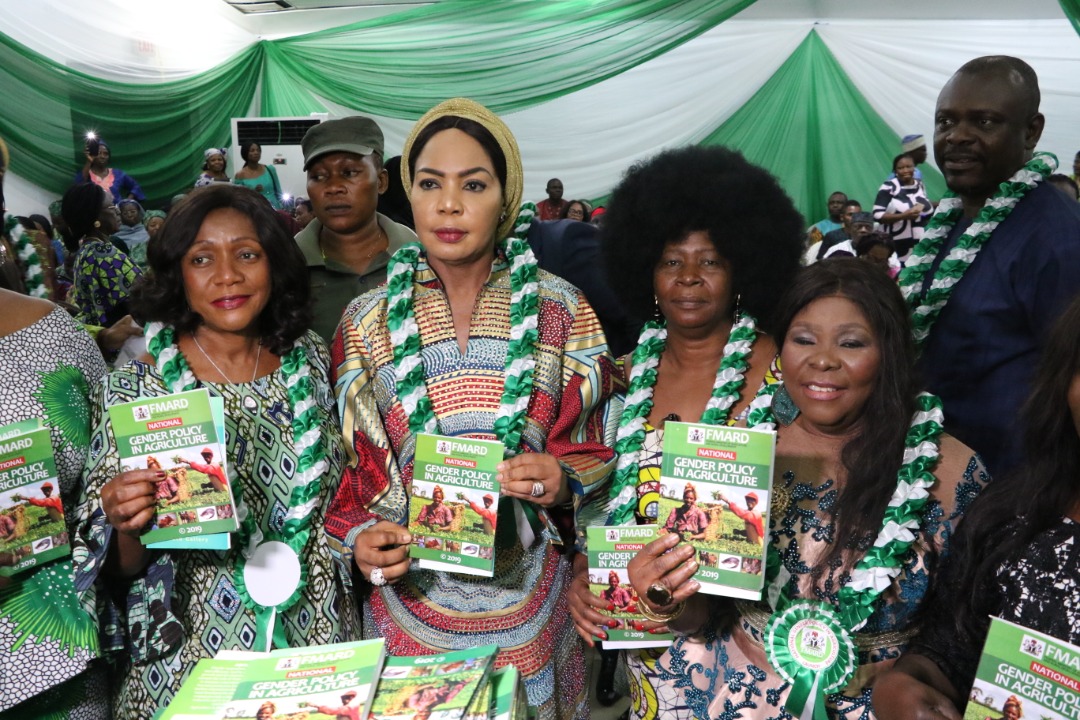 In an effort to promote inclusion and ensure sustainable gender mainstreaming within the agricultural sector in Nigeria, Federal Ministry of Agriculture has officially launched National Gender Policy in Agriculture in Abuja today.

Permanent Secretary, Federal Ministry of Agriculture and Rural Development, Dr Umar ably represented by Alhaji Abdulahi Zubair in his opening remarks said: The thrust of the policy document is to promote and ensure gender sensitive and gender responsive approaches to agricultural planning, project, programmme and even administrative activities such that men and women have equal access to and control of agricultural inputs to bridge gender gap and enhance food security.

“The policy is first of its kind in the agricultural sector, well researched, packaged, comprehensive, holistic and all encompassing as it covers all spectrum of agricultural sub-sectors” he added.

Honourable Minister of Agriculture, Alhaji Sabo Nanono, while declaring the launching of the policy document, said: This is one of the most important occasion I have attended since my assumption of office’.

The Minister stated that Gender inequalities limit agricultural productivity and efficiency and by implication undermine economic growth and development agendas.

“Opportunities within the agricultural sector are so enormous that if Nigeria is to move forward we have to include the women prominently in the agenda” he said.

He assured that the Ministry will continue to support the women in several aspects of Agriculture whether Agro processing, Small or Large Farming as well as Agro allied.

“Our ministry is ever be ready to support the women in all areas of Agriculture of you choose to flourish” he said.

The Chairman of the occasion, Former Governor of Nassarawa State, Abdullahi Adamu, who is currently the Chairman Senate Committee on Agriculture, said recent study has shown that two-third of Agricultural production in Nigeria are being undertaken by women.

He noted that gender mainstreaming and equal participation within the sector is paramount for our nation’s economic and national development at this time.

He however, vowed that legislatures will continue to prioritize issues of women in agriculture until they occupy their rightful positions within the sector.

Country Director, ActionAid Nigeria in her Goodwill Message said ActionAid having remained committed in gender mainstreaming advocacy, worked alongside with the Committee in producing this National Gender policy in Agriculture.

“This policy document is really a dream come true. However, due to our organization’s engagement with women farmers at the grassroots even before this policy becomes a reality, it is imperative to ensure the speedy implementation of this National Gender Policy in Agriculture so as to facilitate improved and tangible development in the country” she said.