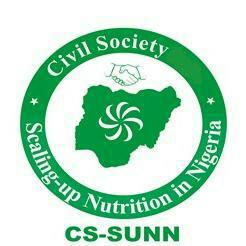 Nutrition stakeholders across Nigeria have endorsed the allocation of five percent (5%) of the National and States’ total budgets to nutrition programmes and activities. This recommendation is contained in a communique signed at the end of a two-day meeting organized recently by CS-SUNN in Lagos State on improved nutrition investments in the 2020 state annual budgets with key stakeholders of nutrition line ministries from the National, Lagos and Kano states.

The stakeholders, in the Communique drafted by a 9-man committee led by a Member of the Kano State House of Assembly, Honorable Salisu Ibrahim Mohammed observed that budgetary performance for nutrition activities across states has remained low with attendant poor utilization of budgetary releases in some cases. They also decried lack of budget line and budgetary allocation for nutrition activities in the Local Government budgets.

According to the communique “Beyond increased budgets for nutrition activities, there is need to match this with timely release and cash backings. States need to find proactive ways (like use of pressure groups) to follow up memos for improved releases. In subsequent meetings, Procurement, Finance and Accounts Directors in the States should collaborate with LGAs towards ensuring that budget lines are created in the respective LGA budgets”.

According to Halimat M. Yakasai, State Nutrition Officer, the Kano state government has already paid over three hundred million naira (N300,000,000.00K) only for the procurement of Ready to Use Therapeutic Food (RUTF) to UNICEF and is at the moment awaiting its delivery. The Lagos State Nutrition Officer, Braheem Olubunmi disclosed that the State government budgeted over Three hundred and eighty-five million naira (N385,000,000.00K) only for nutrition and has already approved over Twenty-three million naira for the State Ministry of Health nutrition budget.

Earlier in an opening remark, CS-SUNN Executive Secretary, Beatrice Eluaka revealed that Nigeria has the highest burden of stunting in Africa and is second highest in the world next to India. She emphasized that nutrition is a development issue, hence the need to increase investments therein.

In a contribution, the Permanent Secretary, Ministry of Budget and National Planning, represented by Gbenga Obadaru noted that funding for nutrition in the country has not been commensurate to the burden of malnutrition. He further described nutrition funding as “unstable” and stressed the need for stabilizing nutrition budgets to address malnutrition.

Also speaking, the Head of nutrition, Federal Ministry of Health, Dr. Chris Isokpunwu represented Tokunbo Farabiyi by lamented that over 800,000 children die annually in Nigeria with malnutrition contributing to over 50% of the deaths. According to Dr. Chris, adequate nutrition in the first 1000 days of life should be fully explored as it provides a window of opportunity and gives children the best start in life.

The meeting organized by CS-SUNN in collaboration with Alive & Thrive and Save the Children Nigeria was aimed at promoting understanding of current nutrition situation and the dire need for prompt action. It was further aimed at ascertaining the level of nutrition investment and performance in the states and securing commitments of the states toward domestic investments in high impact, low-cost interventions as captured in the state specific plans of actions in the 2020 annual budget.