CDD Fact Check: Did Angry Nigerians Attack Embassy in Sierra Leone? No! Find out why 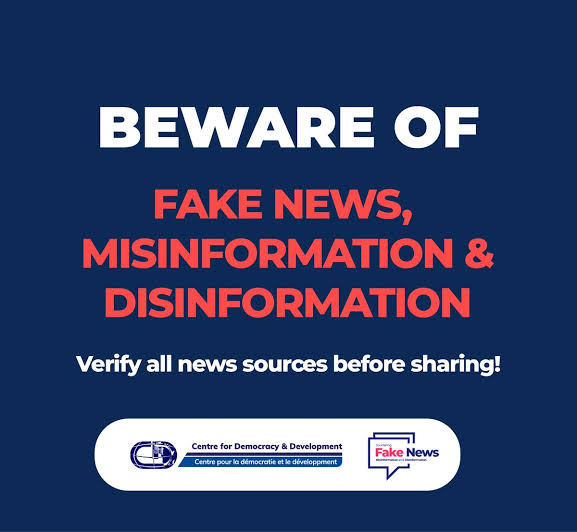 Centre for Democracy and Development (CDD) Fact-Check has condemned in totality the hideous motive behind the recent resurface of a video showing Nigerian Embassy being attacked in Sierra Leone, as a calculated attempt to cause another chaos where there is none.

CDD, however in its counter-narrative measure has urged members of the public to be more cautious of information circulated on social media by conducting fact-check before sharing to others.

CDD, in its quest to curb the ugly trends of misinformation and spread of fake news which are often used as tools by unscrupulous elements amongst us to foment trouble and chaos set up a Fact Checking platform leveraging the advancement in technology to detect real intent and facts behind every information within the digital space.

Read more on the recent expose by CDD Fact Check on the resurfaced video below:

CLAIM: CDD is in possession of a 4-minutes video trending online. The video which was sighted by fact checkers on 2nd October 2019, claimed that a mob have attacked the Nigerian Embassy in Sierra Leone. The same video resurfaced on 3rd October 2019, with a different claim, that IPOB members have attacked the Nigerian Embassy in Senegal, destroyed properties. In the video, some persons were seen breaking into a building, attacking, the Nigerian flag, the Coat-of-Arm and suggested staffers of the Embassy.

FACT: CDD Factcheckers using Invid, a technological fact checking tool, traced the video to a YouTube post. It is evident that the video was first uploaded on March 6, 2013, however, YouTube terminated the account that uploaded it, after taking down the video. On 8th March 2013, the same video was uploaded by the YouTube Channel owned by Diaspora TV Switzerland. As at 2nd October 2019, the video had garnered a total of 10,627 views, by October 3, 2019, the views increased to 12,250 views. A screenshot of the video has also appeared on the popular Nigerian discussion forum Nairaland, with a viewing audience of 2,340,491 members, already the video has generated a lot discussion and false assertions.

In November 2016, the same video went viral on Social media, particularly on WhatsApp and Twitter, prompting a response from the Ministry of Foreign Affairs and the Senior Special Assistant to the President on Foreign Affairs and Diaspora, Hon. Abike Dabiri-Erewa. In separate press statements, they claimed the incident took place on March 4, 2013, urging Nigerians to ‘’ Disregard the old video on Nigerian embassy in Senegal’’

CONCLUSION: It is evident that the incident occurred on 4th March 2013 in Senegal and has since been resolved. The aim of resurfacing the old video is ultimately to disinform and misinform Nigerians and the international community. The claim that the violent incident happened in Nigerian Embassy in Sierra Leone or that the attack was carried out by Indigenous People of Biafra (IPOB) in the Nigerian Embassy in Senegal is baseless and false.

CDD therefore, urges members of the public to be more cautious of information circulated on social media by conducting fact-check before sharing to others. If you cannot verify a claim, do not share it.