PSN, other CSOs commemorate International Day for Peace 2019 in a Climate Action Dialogue 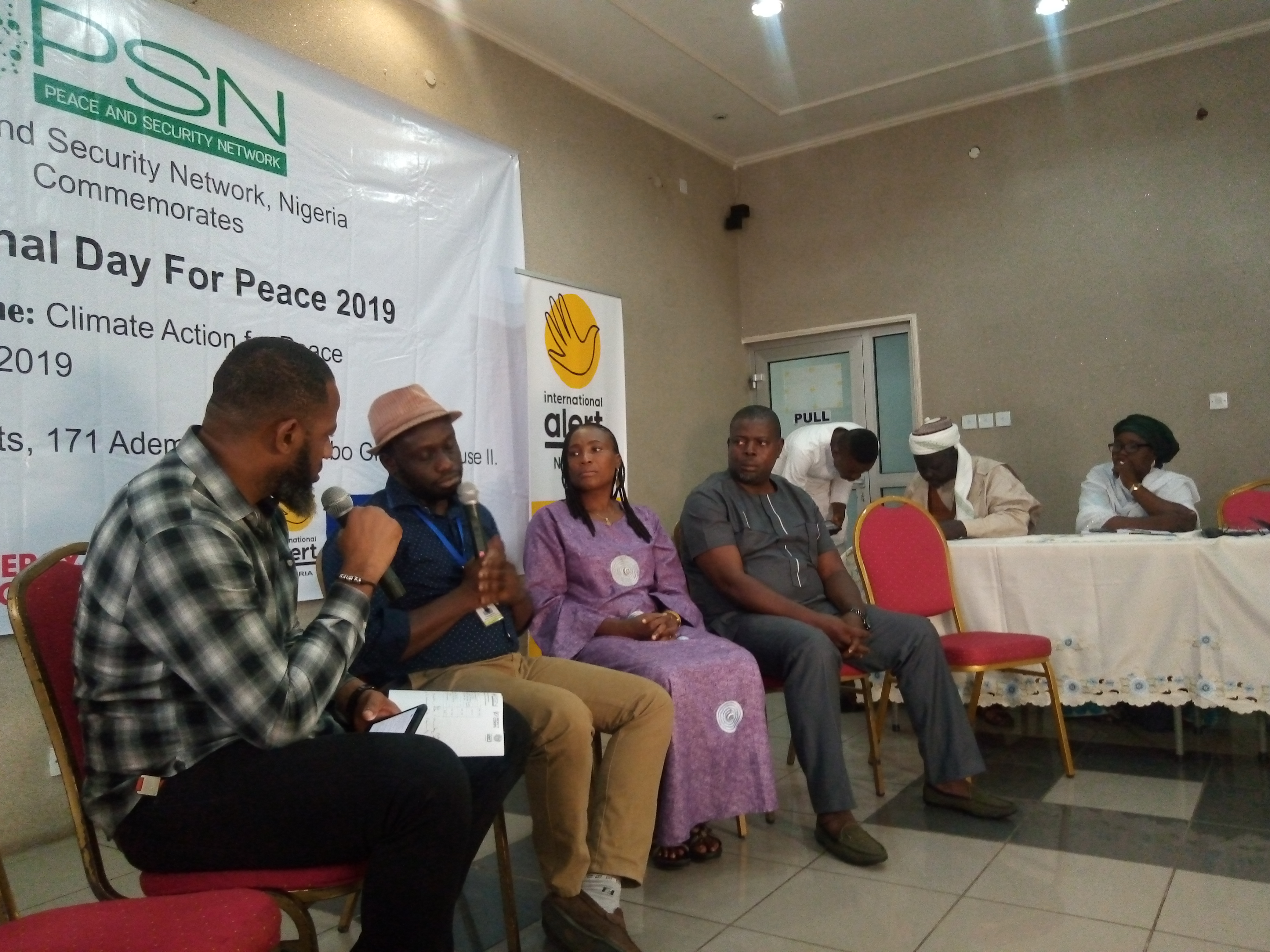 In commemorating this year International Day for Peace, Peace and Security Network (PSN) in collaborations with other international development organisations such as British Council, European Union Commission, International Alert among others have put together a dialogue with a theme “Climate Action for Peace” in Abuja.

According to the Country Manager, International Alert, Cindy Chungong, “The purpose of today’s dialogue is to draw attention to the urgent task at hand and debate on ways for us as a society to make meaningful change to reverse the negative course of climate change, help communities build resilience, and in so doing build a peaceful and sustainable future for us all”.

She added that the dialogue has become imperative and timely so as to highlight the interventions of both local and international organisations towards building peace amongst warring communities due to several factors one which is the negative impacts of Climate Change in Nigeria.

While speaking on the negative effects of Climate change, Cindy said: “The threat is real. I don’t need to cite scientific data on greenhouse gases and carbon emissions for us to know that negative environmental changes are happening and affecting our daily lives.”

“Farmers across Nigeria can tell you about failed harvests due to increased drought, flooding or irregular rains; fishermen and women will tell you how their stocks have drastically depleted and they can scarcely make a living from what they catch.”

Alhaji Abdul-mumuni Abubakar, a representative of herdsmen at the dialogue, from Adamawa state said the bloackage is another reason for the frequent farmers-herders clashes in the State, saying grazing areas in the state and beyond have been taken over by farmers.

“But, now, they have been taken over by farmers and this is what is causing the clashes.”

Abubarkar, however, stated that due to frequent intervention of development organisations, the clashes between herdsmen and farmers have reduced to barest minimum.

“We longer fight like before since intervention of development agencies such as International Alert, British Council and Peace and Security Network” he said.

He also called on the federal government to allow the Fulani herders to restart one of their key cultural festivals known as Soror, which he said was banned by the government.

The dialogue also featured goodwill messages from French Embassy and DFID as well as panel discussions on Climate Action for peace.