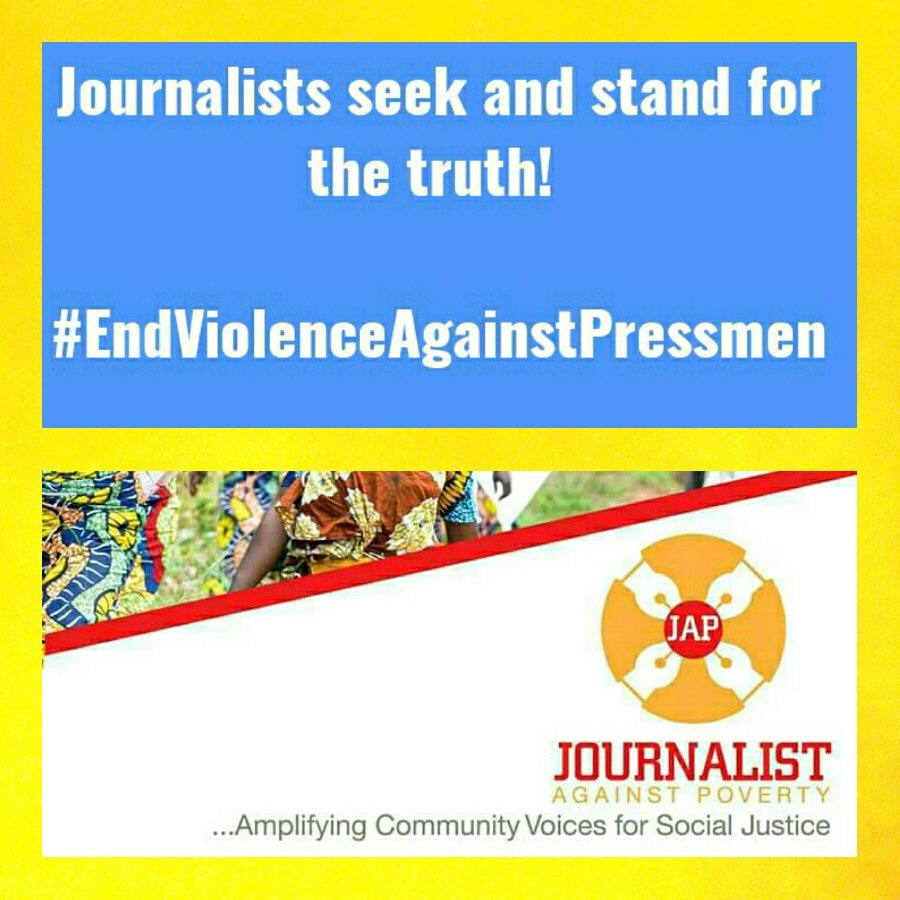 The attention of the Journalists Against Poverty (JAP) Initiative has been drawn to the infamous events playing out in Uyo the Akwa Ibom state capital.

The Journalists Against Poverty Initiative (JAP) a coalition of several Journalists across the country drawn from the Print, Broadcast and Online mediums wish to condemned in totality, the brutal, inhumane and unfortunate attack and arrest of Miss Mary Ekere by the Akwa Ibom Waste Management (AIWM) while going about her lawful duty.

It is regrettable for any Nigerian to be dehumanized and treated with so much disdain and disrespect by public officials expected to serve the public in the watchful eyes of security operative who not only failed in their duty to protect her but colluded by also arresting Miss Ekere for performing her lawful duty as enshrined and permitted by the constitution of the federal republic of Nigeria.

Today represents another sad day for Nigeria as JAP has learnt Miss Ekere, a practicing Journalist was stripped naked for daring to snap officials of the state environmental waste agency confiscating property of traders. The big question is, what do the state officials have to hide?

JAP wishes to know if Akwa Ibom has become a police state where the words of the political class becomes law irrespective of the nations constitution.

The JAP is worried that the Chairman of AIWM, Prince Ikim who should be at the fore front of ensuring proper waste management in Akwa Ibom state is complicit in issuing this ignoble order and demands that all the officials involved should be adequately sanctioned.

The JAP also demand that the management of the AKWM tender a public letter of apology to Miss Mary Ekere and that she be fully compensated for the damages.

In as much as no compensation can be enough for her public humiliation the environment officers, we call on the State government to live up to its responsibility which is the protection of lives and property by publicly dissociating itself from this show of shame and ensuring all those culpable are brought to book to serve as a deterrence for the future.

JAP is keenly following up on events and gives a seven day ultimatum for those responsible to ensure justice to live up to their billing.

JAP also condemn the threat against Mr. Cletus Ukpong, of Premium Times by government officials, especially by one Cristo Ekpoh who said Mr. Ukpong should have been jailed for writing the report.