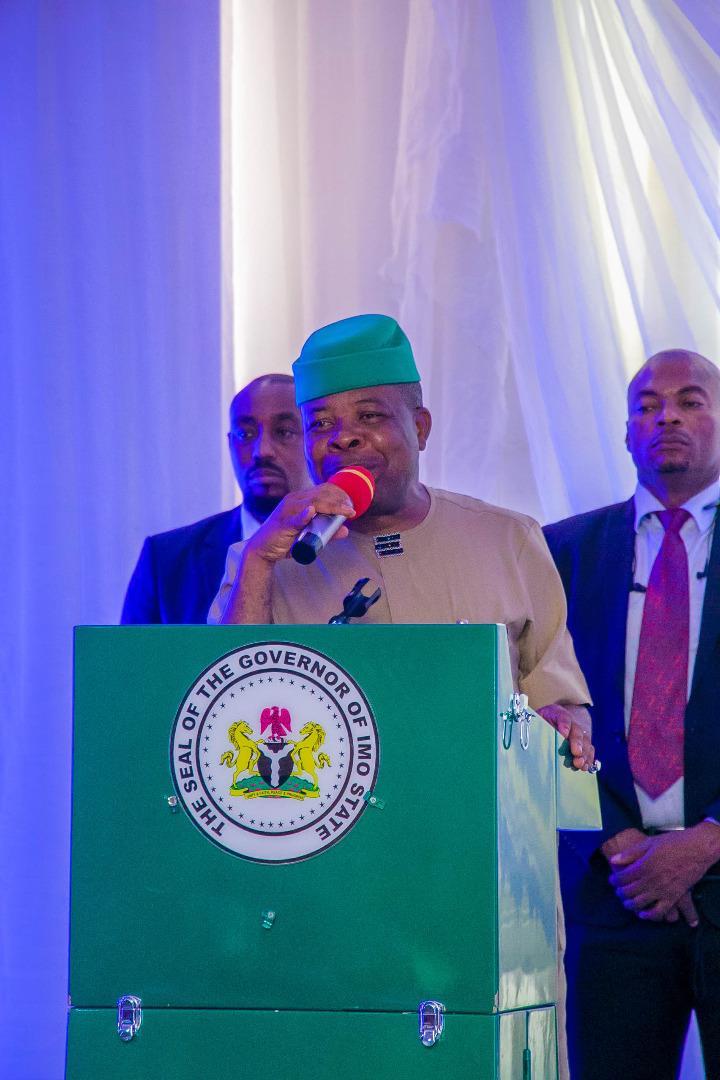 The rebuild Imo Agenda of Governor Emeka Ihedioha is on course, as workers in the State will now smile following the restoration of power supply to the State Secretariat, Owerri

The entire Secretariat had been in complete darkness for seven years because of non settlement of staggering debt owed to the Enugu Electricity Distribution Company, EEDC by the past administration.

The absence of power supply had been identified as one of the numerous factors which impeded the productivity of the workers as they operated in an unconducive environment which hindered their efficiency.

It would be recalled that on assumption of office, Governor Ihedioha visited the State Secretariat located along Owerri-Port Harcourt Road, where he assured workers that he will open talks with EEDC, to discuss ways of clearing the debt and restore electricity in the complex.

Barely a month after that assurance, the newly established Imo Power and Rural Electricity Agency (I-POREA) in compliance with Governor Ihedioha’s directive , took up the task of ensuring that power supply is restored to the Secretariat.

Some of the workers who spoke on condition of anonymity expressed happiness with restoration of power supply to the Secretariat which they said is a clear demonstration of Governor Ihedioha desire to match his words with action which is in line with his my word is my bond mantra.

” We will remain grateful to his Excellency for this feat. Since he came into office,he has taken our welfare as his priority.

” Aside the return of power supply, we have received 100 percent of our salaries and there are other incentives in stock for us. This is indeed a welcome development”