#SaveOtumura: A mystifying Slum in the Heart of Mega City! (Part 1) 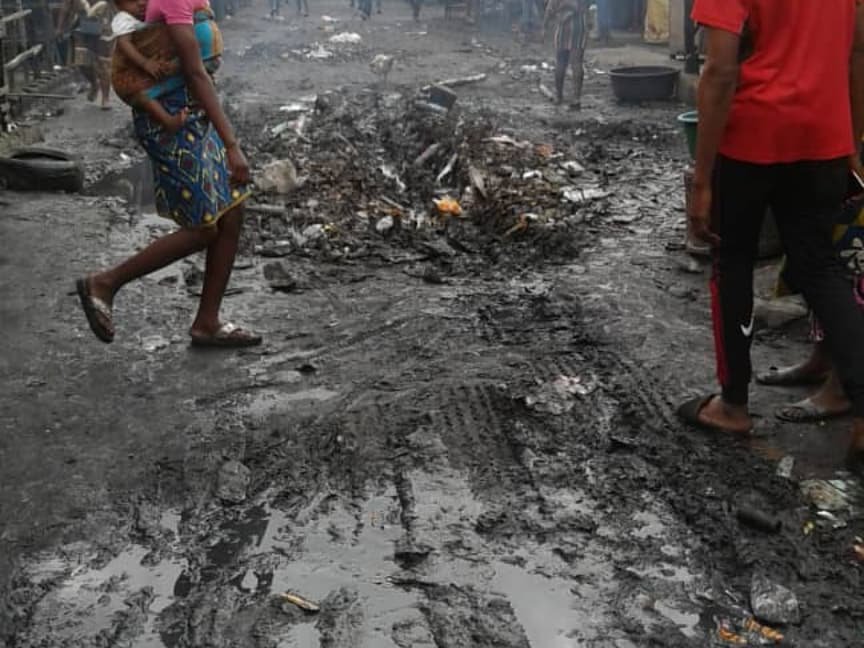 Whether we shy away from its reality or remain indifferent to its devastating effects amongst us on daily basis, corruption remains a major bane to economic, social, environmental and political development anywhere you find it.

This is the case of the residents of Ilaje-Otumara, a mystifying community of Ebute-Metta West on the Lagos Mainland where its habitants have resigned to their fate despite being evidently denied basic access to human and infrastructural development such as Motorable Road network, Clean and potable water, Secondary School Facilities, Healthcare centres amongst others.

It is quite shocking to discover that Otumara community is a complete squalor that has remained underdeveloped in this 21st Century considering the fact it is situated in the Heart of Lagos – World Most populous black Mega City.

This calls for a big question: Is Lagos Mega City Project is a smokescreen or one big ruse?

‘Inhabitants of Otumara are not just Ilaje people, we have all manners of tribes and ethnic groups living together here for as many years I can remember’ says Jude Ojo, Civil Servant and Resident of Otumara.

With the roughly estimated population of 850,000 residents, Otumara inhabitants exhibit uncanny complacency about the dearth of these basic essentials despite being under the purview of policymakers and delegated legislators.

“Ilaje-Otumura is under the Lagos Mainland West Local Government alongside Apapa and the rest says High Chief Arowojolu, Baale of Ilaje-Otumara 1.

“Our Senator is Oluremi Tinubu and Jide Jimoh is our current House of Representative” he retorts.

Further investigations by the dotunroy.com Team reveal several foul plays such as misappropriation of funds, deliberate and partial neglect on the part of successive delegated authorities as well as Lagos State Government.

How did Otumara community get there?

Ironically, Ilaje-Otumara community didn’t start today. History has it that the Community has been existence for about a Century and currently has two High Chiefs (Baale) as Local Community Leaders namely High Chief Festus Arowojolu, Baale 1 and High Chief Kalejaiye, Baale 2 respectively.

‘Our forefathers erected the first building on this land about a hundred years ago, they were fishermen who found this place peaceful for their occupation which was fishing back them’ said Chief Arowojolu Baale 1.

“Ever since successive governments have come and gone in Lagos State and our remains underdeveloped’ he alluded.

What are major Infrastructure priorities for Otumara community?

Even though the residents seem complacent and unperturbed about the deplorable state of the community but broadly speaking, Ilaje-Otumara community needs urgent intervention and complete restructuring in terms of basic infrastructure development such as proper motorway, proper drainage system, constant power supply, healthcare services as well as a Senior Secondary facility which they have written to Lagos State Government several times and yet to receive positive response about.

‘We have been hoping and praying for major road development and transformation within our community as successive governments come and gone yet here we are still hoping to see those prayers answered’ said Chief Arowojolu.

Investigation further reveals that that several letters have been written to Lagos State Government by the Ilaje-Otumara Community Development Association headed by the two Baales and signed by the members of the community demanding for Senior Secondary schools facilities to complete the Junior Secondary schools built many years ago for the residents but no response has been given by the concerned authorities.

Recent follow-up on these submitted letters reveals there may never be light at the end of the tunnel on this demand for the people of Ilaje-Otumara community.

Dotunroy.com is a member of Journalist Against Poverty