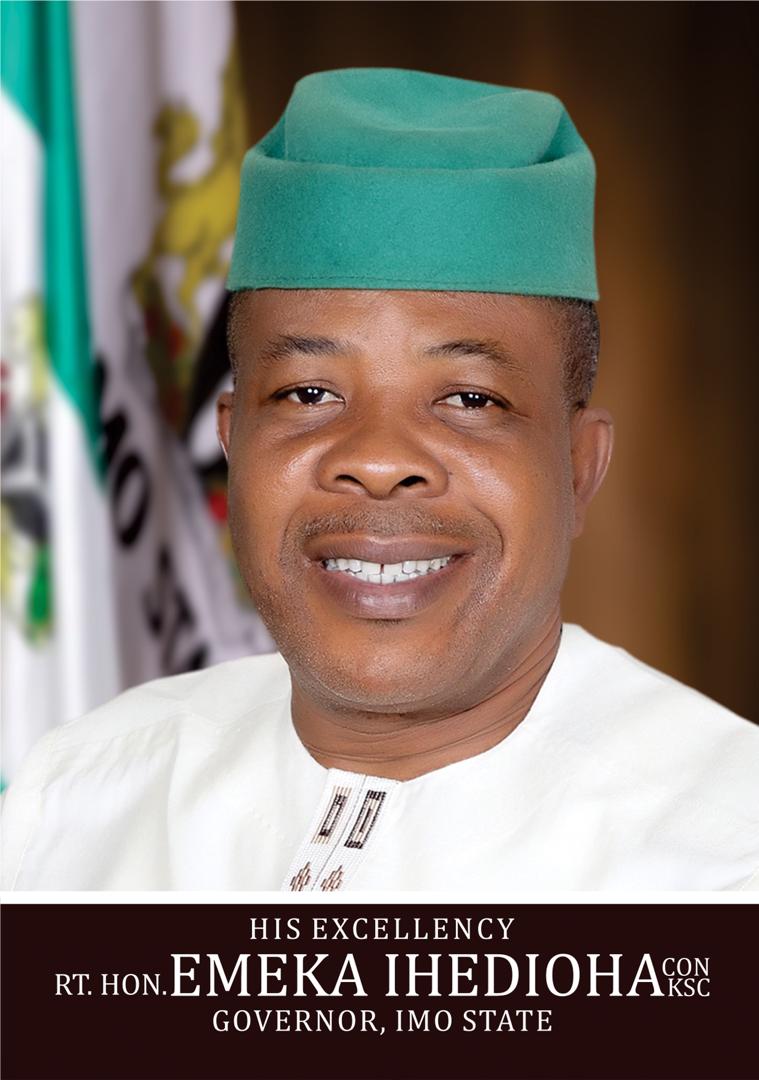 Governor of Imo state, Emeka Ihedioha says his adminstration has restored the financial autonomy of the 27 local government areas in Imo state.

Ihedioha stated this while addressing Imo Stakeholders at the first stakeholders meeting held on Thursday 18th July at the Ahiajoku Conference Center Owerri.

According to the governor, local government election has never been conducted in the state in the past eight years.

He noted that what recently took place in the name of local government election before the exit of the last adminstration was so patently flawed and characterized with monumental errors that it could not even meet the provisions and requirements of the law.

“Acting on the approval and resolution of the House of Assembly, the state government was compelled to suspended the purpotted LGA chairmen and appointed an interim management committee to oversee the affairs of the local government leadership for a period of 6 months pending inquiry and resolution of legal disputes,” he said.

The governor reiterated his determination and commitment to restore democracy at all levels of government and added that the Interim management committees for the 27 local government areas during their inauguration were charged with the responsibility of providing development and preparing for elections by the end of the year.

“In line with my promise and pledge to run a democratic system of government, the state government has commenced the practice of financial autonomy of the local government adminstration in the state.

“I hereby urged the interim management committee chairmen to immediately commence similar stakeholders meeting in their respective local government areas so as to intimate the people on how much they get and what projects they intend to do with such funds for the development of the local governments.

“Irrespective of the fact that the new government is still grappling with the problem of a hostile hand-over without proper documentation, no functional offices, no vehicles and equipment, huge debt profile, poor infrastructures/substandard projects done by the past regime, hostile environment with personnels poised to sabotage a smooth take off, I can assure you that my administration is still committed to retrieving Imo out from the woods and returning it back to the path of prosperity.”