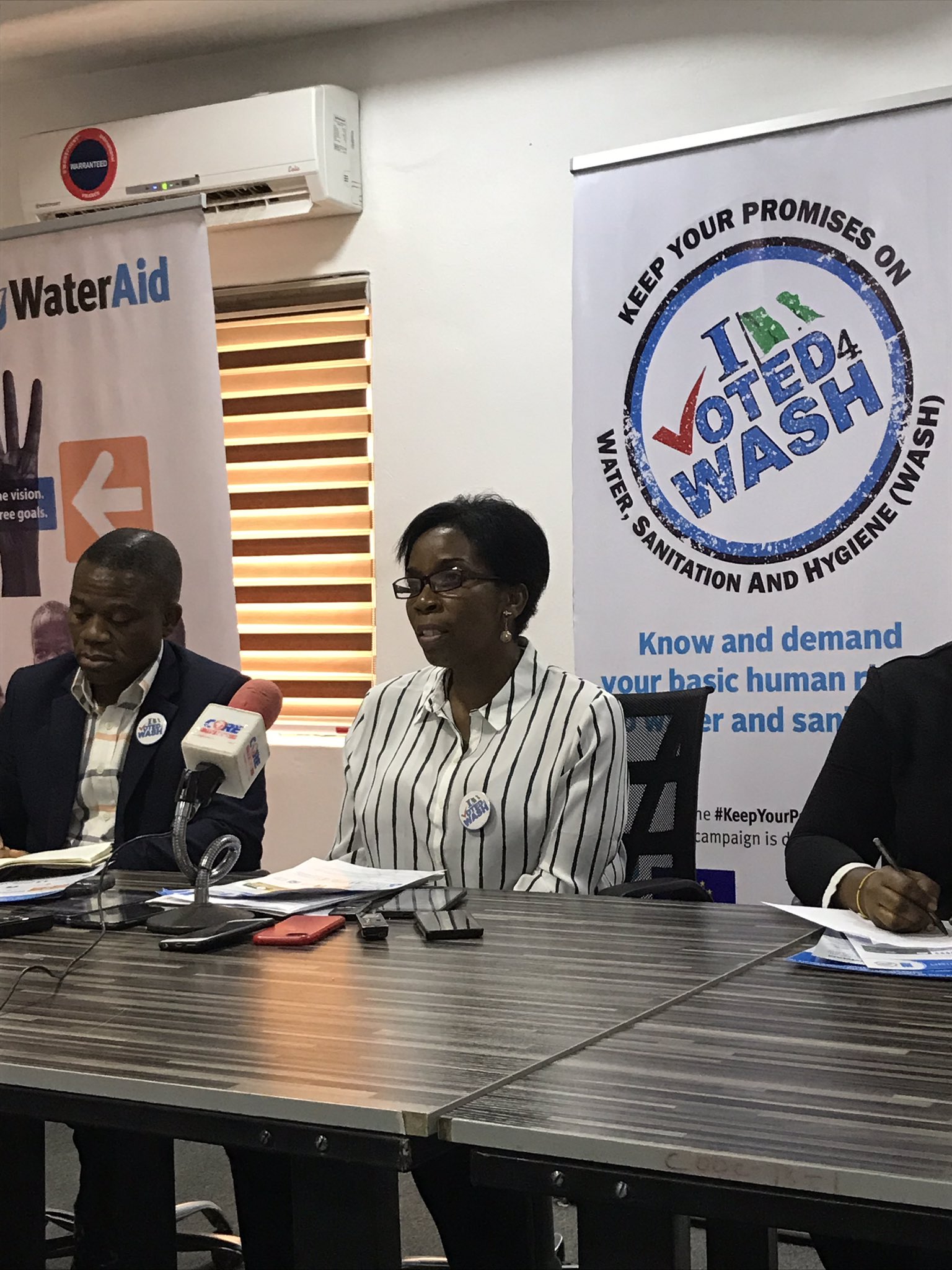 WaterAid has called on elected officials to honour their election campaign commitments to prioritise the improvement of water, sanitation and hygiene (WASH) access over the course of their tenure in office. This they say will help increase citizens’ access to basic WASH services and contribute to responding to the state of emergency in the WASH sector declared by the Federal Government of Nigeria in 2018.

The call comes as WaterAid, in collaboration with various civil society organisations, launch a 4-year ‘Keep Your Promises’ post-electoral advocacy campaign which aims to empower and support citizens to use the media and other accountability platforms to follow up with elected officials in demanding for transparent and accountable governance and influence reforms in the WASH sector.

The campaign also seeks to: increase civil society organisation and community participation in accountability mechanisms for electoral commitments; identify and train marginalised and socially excluded groups on WASH rights; as well as allow close engagements with duty bearers to translate their commitments to realistic and sustainable actions.

The ‘Keep Your Promises’ campaign which is being implemented by WaterAid Nigeria in partnership with Action Against Hunger (ACF), Connected Development (CODE), Media for Community Change (MFCC), The Public and Private Development Centre (PPDC), HipCity Hub and the WASH Media Network, will also seek to lobby elected officials to provide constituency projects committed to WASH service delivery.

Additionally, it will provide a platform to engage elected officials on the importance and centrality of WASH to development and keep them accountable to their commitments to increase budgetary allocations and ensure effective utilisation of appropriated funds for WASH services.

Whilst this is an improvement for Nigeria compared to the previous JMP figures captured in 2015, Nigeria still has a long way to go and is in fact off-track to meet the Sustainable Development Goal 6 targets on water, sanitation and hygiene by 2030.

The ‘Keep Your Promises’ campaign is a consolidation on the #Vote4WASH campaign where WaterAid and partners positioned water, sanitation and hygiene as key campaign issues in the run up to and during the 2019 general elections. Citizens and communities were mobilised to demand for improved water and sanitation services and to engage electoral aspirants to sign pledge cards as commitments for the prioritisation and provision of WASH service delivery.

The #Vote4WASH campaign was largely successful securing 120 signed pledge cards from electoral aspirants; reaching over 5 million people across the states via traditional and social media; and mobilising community groups and individuals to understand the importance of leveraging on elections to demand future improved service levels and access.

According to WaterAid Nigeria’s Acting Country Director, Evelyn Mere,“Nigerians have a huge role to play in the success of this campaign and in WASH governance in the country. We must hold our government accountable and demand for our rights to water and sanitation. When elected public officials and institutions are held accountable and governance is transparent, it increases the likelihood that these institutions and public officials will deliver on their mandate.

“At current rates of progress in Nigeria, we are still a long way, and in fact off-track, from achieving the promise of Sustainable Development Goal 6 and ensuring clean water and sanitation for all. But together, we can make clean water, decent toilets and good hygiene normal for everyone, everywhere within a generation.

“Today, marks the beginning of a 4-year electoral advocacy campaign which aims to amplify the voices of citizens to demand for transparent and accountable governance in the WASH sector and allow close engagement with elected officials to translate their commitments to realistic and sustainable actions.

“WaterAid is calling on all elected officials to work towards changing the narrative on water and sanitation services in Nigeria, by ensuring increased investment in the WASH sector and focusing on providing both public and institutional WASH facilities to cater to the needs of Nigerians, most especially for the poorest and marginalised who suffer most from a lack of access to these facilities and services.” she remarked.