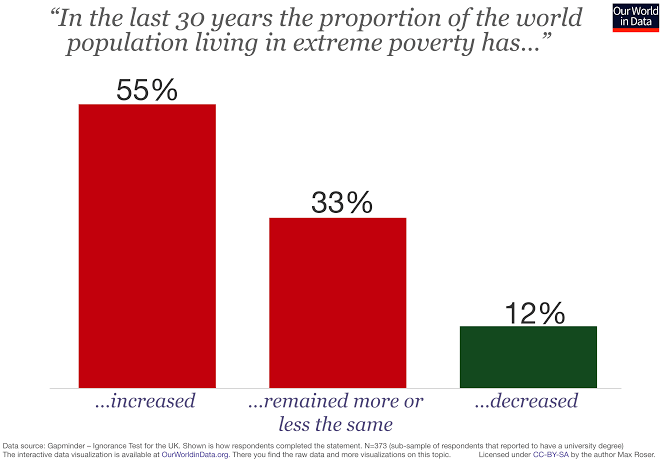 Of the 1.3 billion people who are multidimensionally poor, more than two-thirds of them—886 million—live in middle-income countries

The traditional concept of poverty is outdated, according to a new report released today by the United Nations Development Programme (UNDP) and the Oxford Poverty and Human Development Initiative (OPHI). New data demonstrate more clearly than ever that labeling countries – or even households – as rich and poor is an oversimplification.

Findings from the 2019 global Multidimensional Poverty Index (MPI) sheds light on disparities in how people experience poverty, revealing vast inequalities among countries and among the poor themselves.

“To fight poverty, one needs to know where poor people live. They are not evenly spread across a country, not even within a household,” says Achim Steiner, UNDP Administrator. “The 2019 global Multidimensional Poverty Index provides the detailed information policy makers need to more effectively target their policies.”

The MPI goes beyond income as the sole indicator for poverty, by exploring the ways in which people experience poverty in their health, education, and standard of living.

Also, important to note from the report is that when compared to the national poverty line which measure income/consumption, a larger proportion of Nigerians (51%) are multidimensionally poor than those that are income poor (46%).

This year’s MPI results show that more than two-thirds of the multidimensionally poor—886 million people—live in middle-income countries. A further 440 million live in low-income countries. In both groups, data show, simple national averages can hide enormous inequality in patterns of poverty within countries. For instance, in Nigeria, even though the national average shows that around 50% of Nigeria are multidimensionally poor, state and local government levels will reveal a completely different scenario – higher or even lower levels.

“We need—even amongst those living in poverty—to understand people’s different experiences of deprivation. Are they malnourished? Can they go to school? Only then will poverty reduction policies be both efficient and effective,“ says Pedro Conceição, Director of the Human Development Report Office at UNDP.

There is also inequality among the poor. Findings of the 2019 global MPI also paint a detailed picture of the many differences in how – and how deeply – people experience poverty. Deprivations among the poor vary enormously: in general, higher MPI values go hand in hand with greater variation in the intensity of poverty.

Results also show that children suffer poverty more intensely than adults and are more likely to be deprived in all 10 of the MPI indicators, lacking essentials such as clean water, sanitation, adequate nutrition or primary education.

Even more staggering, worldwide, one in three children is multidimensionally poor, compared to one in six adults. That means that nearly half of the people living in multidimensional poverty—663 million—are children, with the youngest children bearing the greatest burden.

But new data also shows a positive trend: those furthest behind are moving up the fastest.

“We looked at data for a group of ten middle- and low-income countries and we found encouraging news that the bottom 40 percent were moving faster than the rest,” says Sabina Alkire, OPHI Director. “A pro-poor pattern that reduces inequalities in several Sustainable Development Goals.”

Within these ten countries, data show that 270 million people moved out of multidimensional poverty from one survey to the next. This progress was largely driven by South Asia: in India there were 271 million fewer people in poverty in 2016 than in 2006, while in Bangladesh the number dropped by 19 million between 2004 and 2014. In other countries there was less—or no—absolute reduction, with numbers of multidimensionally poor rising by 28 million across the three African countries considered. In part this was because of rapid population growth, which outstripped reductions in poverty. In fact, poverty rates (as a percentage of the population) declined in most of the countries.

The 2019 global MPI paints a detailed picture of poverty for 101 countries and 1,119 subnational regions covering 76 percent of the global population, going beyond simple income-based measures to look at how people experience poverty every day.