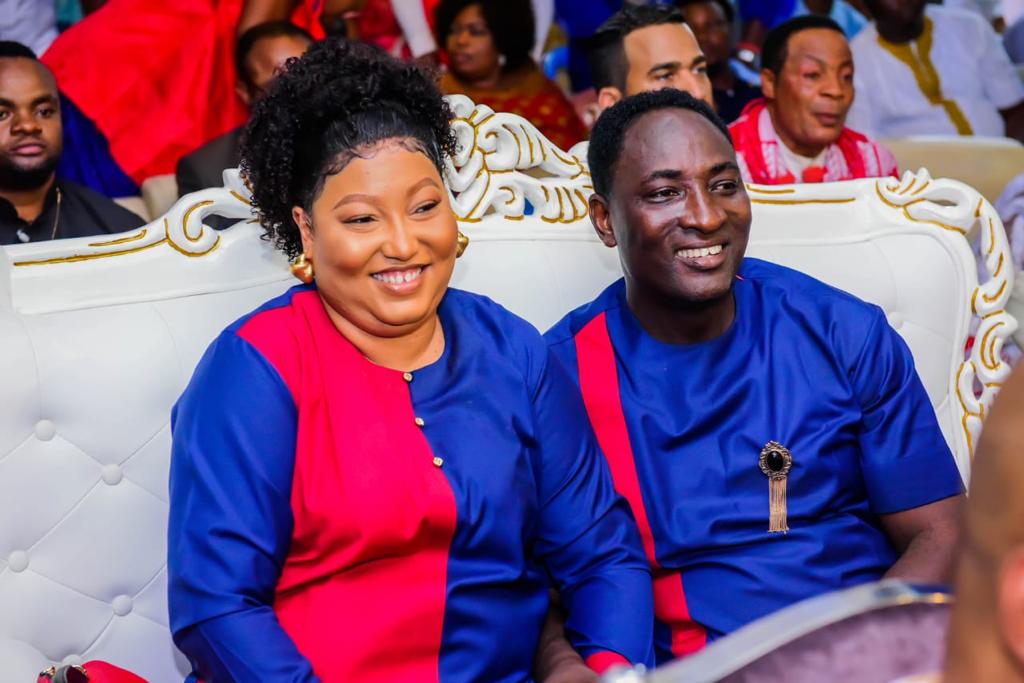 The man of God said he wants to support his workers and members that were ready for marriage but couldn’t due to financial constraint. Like joke few people came out and he said in 7 days the traditional and white wedding will be taken care of by him.

He asked the intending couples to beg God for forgiveness of sinners committed during courtship with spouse. The tireless general also sends them to the mountains for God’s intervention in their new journey of life and to be counseled by pastors.

After the marriage, Prophet Jeremiah Omoto Fufeyin blessed the couples with N350, 000 each for their honeymoon and paid for a year rents for each beneficiary too.

Watch the full video below:

Photos of some of newly wedded members

We wish them happy married life!