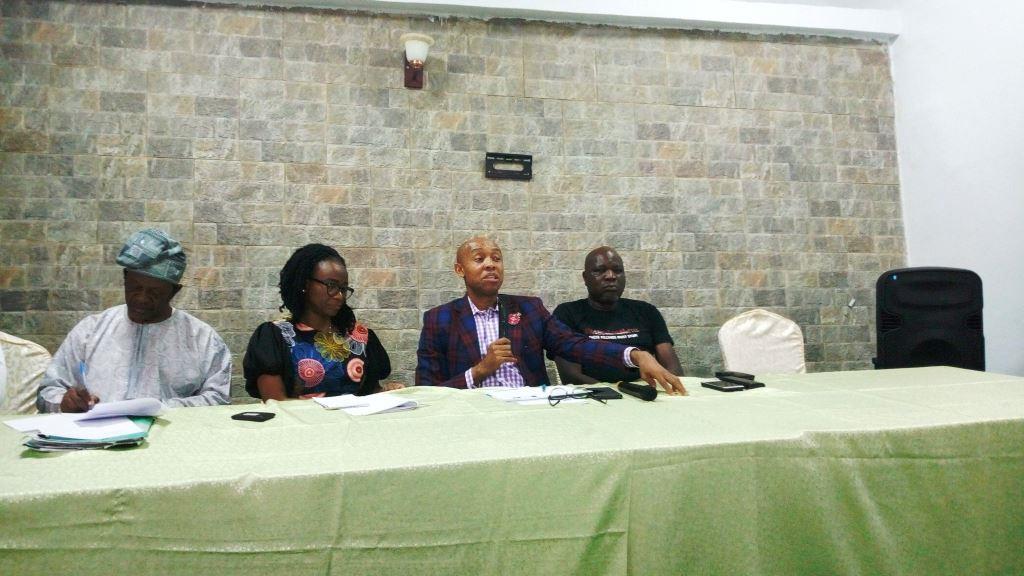 Joint Action Civil Society Coalition, a group of civil society organisations in Nigeria have joined forces towards ensuring that the lives of the Nigerian citizens are adequately shielded and insulted from any unforeseen pre-elections, during and post-election violence come 2019 elections.

This was made known at a Press Conference organised by the Joint Action Civil Society Coalition on Thursday in Abuja to address several violent conflicts, spate of killings, unlawful arrests of citizens as well as other human rights violations happening across the country as 2019 elections draw near.

In a Press Statement released and jointly signed by the Coalition, the coalition was birthed and has since been working together towards ensuring that the security and welfare of the citizens are prioritized come 2019, since government has failed severally in its effort to concertedly address these crises, their underlying causes and stem impunity.

“The failure at all levels to adequately communicate with citizens and carry them along in the quest to achieve the national aspiration of ‘one nation bound in freedom, peace and unity’ has become additional fodder for the widespread violence across the country” said Abiodun Baiyewu, Country Director Global Right

“We just want to ensure nobody gets killed before, during and after elections, she said.

READ THE FULL STATEMENT BELOW

In February 2019, Nigeria will for the 6th time in 20 years, and the 10th time since its independence, undertake what might possibly turn out to be its most hotly contested election in its 59-year post-independence history. Electoral violence has been a recurrent decimal in Nigeria’s political infrastructure since its independence with no sign of abatement even within the current political dispensation. Since its return of democracy, Nigeria’s electoral processes have been characterized by violent pre and post-election episodes, resulting in the wanton destruction of lives and property.

Free, fair, and violence-free elections, are crucial for the protection and entrenchment of representative democracy in any country.

The rise in violent killings across Nigeria in the course of 2018 is cause to worry about public safety and security in relation to Nigeria’s 2019 general elections.

Since we set up the #StopTheKillings monitor in May 2018, we are yet to record a single week in which multiple, violent killings were not reported in Nigeria. Its peak was this month in which we have recorded 209 killings, and the lowest 74 in August 2018; indicative of the fact that not only have the killings continued to rise almost unabated, our security institutions have failed time and again to ensure that their perpetrators are identified, dutifully apprehended and brought to justice. The resulting guarantees of  impunity afforded to these merchants of violence fuels a spiral in deadly violence, which, from all indications, will impact the 2019 general elections except immediate action is taken to stem this tide. Such action requires the collaboration of all stakeholders in the Nigerian project.

We note with concern the unresolved violent crises across the country: the insurgency in the North-East; the worsening armed banditry in Zamfara state, the herdsmen and farmers crises in the Benue valley, the violent attacks on Shi’ite Muslims in and around the Federal Capital, resource control violence in the South-South and South-East regions of the country; the rise in deadly gang and cult activities everywhere, including the South-West and more so the proliferation of small arms and light weapons (SALWs) across the country. This lethal combination of unabated violence, access to weapons and Nigeria’s propensity for turbulent and fiercely contested elections does not bode well for the peace of the 2019 elections.

Moreover, the government’s failure to concertedly address these crises, their underlying causes and stem impunity; and their failure at all levels to adequately communicate with citizens and carry them along in the quest to achieve the national aspiration of ‘one nation bound in freedom, peace and unity’ has become additional fodder for the widespread violence across the country.

Based on the factors stated above, we wish to call the attention of all stakeholders in Nigeria to the states most likely, in our assessment, to experience electoral violence in 2019:

In the South-South -Akwa Ibom, Cross River and Rivers states;

In the South-East: Abia, and Imo states, Akwa-Ibom, and Bayelsa states.

In the South-West – Oyo and Osun, Ondo states;

In the Middle-Belt/North Central of the Country – Benue, Kogi, Nassarawa and Plateau states; and

In the North-West, Kaduna, Kano, and Zamfara states

We continue to reiterate the ineffectiveness of the Nigerian government and the security forces in checkmating these swats of cyclical violence has emboldened the actors, and continues to provide a leeway for the culture of impunity to thrive. One sure guarantor of peaceful elections is ensuring that both the perpetrators and sponsors of violence in Nigeria are accounted for and punished.

This communication therefore issues notice to the core actors in the forthcoming elections and the polity that civil society will no longer condone the laxity of the government towards impunity and as such, will monitor events and the actions and inactions of stakeholders leading to the elections and beyond that incite or condone violence, document them and demand justice for these atrocities even at the highest levels, including internationally.

To facilitate this objective, we are today announcing the establishment of a Violent Incidents & Election Atrocity Fusion Centre (VIEAFUC), which will monitor, systematise, document and report data, information and analysis of events and factors that impede the achievement of a violence free election with a view to seeking accountability wherever possible.

We reiterate the importance of the Independent National Electoral Commission (INEC) as it fulfils its constitutional role. INEC must be allowed to operate free from external pressure or intimidation. The Commission itself must in turn demonstrate full neutrality and professionalism in its conduct. We demand that adequate funding is swiftly facilitated for INEC and its supporting institutions.

We wish to draw particular attention to the fundamental role of the security agencies in providing a safe and secure environment for Nigerians to exercise their civic duty. It is crucial that security agencies act, and are seen to act, in an impartial manner by maintaining the highest standards of professionalism and allegiance to the Nigerian State and not political parties. It is also equally important that the government ensures that our security agencies are adequately equipped and morally boosted to contain ongoing violence, safeguard lives and property, and ensure free and fair elections devoid of violence across the country.

We note with concern the recent harassment of some civil society actors who have sought to be vocal about the need for a peaceful and credible election. For example, our colleague, Mr. Deji Adeyanju was arrested yesterday for participating in a peaceful demonstration.

We strongly support press freedom and the vital role an independent media plays in ensuring informed public debates. We also stress the importance of balanced, neutral and non-defamatory coverage.

In the same vein we state that while free speech is essential, fake, hateful and inciting speech naturally instigate violence, and we therefore will be calling out their peddlers and demanding for the stiffest sanctions against them.

We serve a reminder to all that what we all desire is a nation in which we all can call our own.

One in which we inhabit in peace and prosperity. This single vision should bind us beyond the lines that divide us. Our leaders must therefore clearly articulate to their supporters that the forthcoming election is not a call for violent confrontation to power exclusivity, but a peaceful contest of ideology and vision. The decision of who wins the elections must be by popular vote and not the manipulation of electoral processes. We urge all voters to use their democratic franchise and vote peacefully.

The problem with Nigeria’s elections have historically been with the collation and counting, not the voting. We insist that INEC, security agencies, the candidates, their parties and Nigeria’s citizens and partners must put this right.

And should their candidates lose, to accept it in good faith. We are particularly keen to see greater participation of women, youth and people living with disabilities in this election.

Thank you, and God bless the Federal Republic of Nigeria