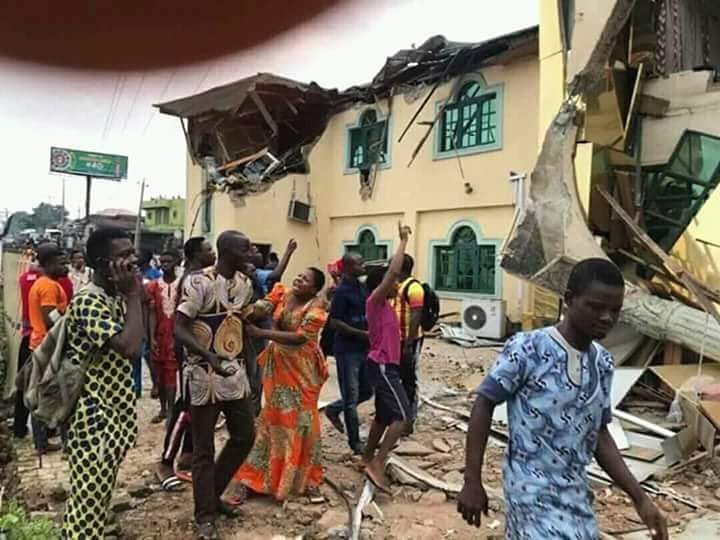 The founder of Dotunroy.com, Mr Oladotun F. Roy has condemned the recent demolition of edifices and private owned buildings in Ibadan saying it was totally ridiculous.

He said such acts often reflect flagrant abuse of human rights and dignity of the Nigerian citizens and that of the indigenes of the state which has bedeviled our democractic governance since 1999, particularly at a time when political situation in country is quite rife.

He expressed this disappointment on his social media platforms early this morning. He however advised Nigerians to vote right come 2019 and desist from selling their votes for shallow financial gains.

Read his comments below:

“This is the current situation in some areas in Ibadan.

The state government suddenly jolted from its nightmares and began to demolish edifices and private owned structures.

Development that never took place since the current Governor assumed office would now be implemented so that the indigenes can praise them or what? I still can’t place my hands on the rationale behind this..

In as much as I advocate for sustainable development, such developments as this always have some hidden strings attached to it.

On the other hand, I think to a very large extent people deserve the government they get at the end of day. When they are asked to get their PVCs to able to vote for those that will be better their lots, they would blindly and sheepishly sell their birthright for morsels of bread.

Now the reality is starring them in the face.”

One thought on “#IbadanDemolition: A true development target or political ploy?”