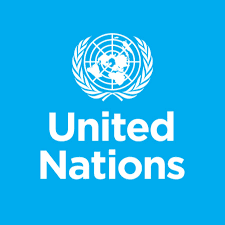 Yesterday 30th July, was the World Day against Trafficking in Paersons and United Nations has renewed her commitments to fight the scourge with her full capacity and put an end to all forms of dehumanization across the world.

Read the UN Official statement below

Trafficking in Persons is a vile crime that feeds on inequalities, instability and conflict.  Human traffickers profit from peoples’ hopes and despair.  They prey on the vulnerable and rob them of their fundamental rights.

Children and young people, migrants and refugees are especially susceptible.
Women and girls are targeted again and again.  We see brutal sexual exploitation, including involuntary prostitution, forced marriage and sexual slavery.  We see the appalling trade in human organs.

Human trafficking takes many forms and knows no borders.  Human traffickers too often operate with impunity, with their crimes receiving not nearly enough attention.  This must change.

The United Nations is committed to advancing action to bring traffickers to justice while protecting and supporting their victims.  The rights of victims must come first – be they the victims of traffickers, smugglers, or of modern forms of slavery or exploitation.

In their proposed Global Compact for Safe, Orderly and Regular Migration to be adopted in December, Member States have also demonstrated resolve to prevent, combat and eradicate trafficking in persons in the context of international migration.

On this World Day against Trafficking in Persons, let us come together around the key issues of prevention, protection and prosecution to build a future where this crime cannot exist.