“We need to listen to Governor Aminu Tambuwal” – Anayo Ude 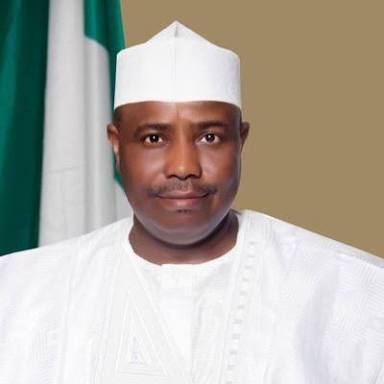 The media has been awash with reports on the recent comments of the Governor of Sokoto state, Rt. Hon. Aminu Waziri Tambuwal, CFR, on the wanton killings around the country. In the comments credited to the erudite former Speaker on state of insecurity in the country he took to the cleaners the security policies of the present federal administration led by General Muhhamadu Buhari. According to Tambuwal who set record as the first leader of the House of Representatives to leave office without any financial or other scandals levelled against his name, the policing policy in the country has failed and should be reorganised.

For clarity purposes, what exactly did Governor Tambuwal say? First he said that the security situation in the country which has permitted, in his opinion, and he should know what he is saying because he is a state governor, the unchecked killings of innocent people, majority of whom are children and women and is some cases babies, is intolerable. He linked the situation to what he described as a failed security mechanism of the present administration under Buhari. His grouse with the present system is, amongst others, the placing of control over security apparatuses in the country and states, solely in the hands of the President.

The consequences of doing so, according to governor Tambuwal, is the bizzare and unabated killings across the federation of innocent Nigerians, sometimes in their sleep. This is clear evidence of a failed security architecture for the nation and seeming inability to respond to the situation effectively by the federal government. For Governor Tambuwal this cannot be allowed to continue.

His immediate solution to the problem is simply the establishment of state police, or placement of some form of control over the operations of the police and other key security apparatuses in the states in the hands of state governors. It is very interesting and telling that Tambuwal is the one speaking on this topic because in Sokoto where he has been governor for over three years now, he inherited a worrisome security situation on assumption of office as governor, where youths parading in clusters of gangs rendered the social and economic life of the state comatose. Today, his friends and foes agree that Tambuwal has, via well thought out and sustained execution of people and community centred security architecture, run aground the marauding youth gangsters. So, when he speaks on security he should be listened to.

Apparently this must be why Tambuwal hinged his recommendation to the federal government on what he described as the placement of some form of control over the policing of the states and cities in the hands of state governors. Hear him, “There is seeming justification for a state police, even if it means community policing or a minimum level of control on security agents by governors”.

Drawing from his success in reversing the security situation in Sokoto, he understands deeply what he is talking about and the frustration that can come when a state is guarded by a security mechanism that is not working in tandem with the thinking of the governor. No wonder he ventured, and rightly too, to support the establishment of state police or some form of it. He justified his views on state police on some critical planks. One, he says as state governor there is not much a governor can do for security when the security mechanism in his state, like the Police and Civil Defense Corps, are not under the his control. Two, he says the unabated killings across the country is proof that the present central policing arrangement is not working.

He further says that security is the concern of all levels of government and that all tiers of government must work together in order to deal decisively with situations that undermine insecurity and promote beach of public peace. It is, therefore, easy to see the merit of his opinion, that allowing state governors to exercise some form of control over the powers, activities and operations of heads of critical security mechanisms in a state is the way to go.

This position of Governor Tambuwal comes from the simple fact that his own practical, and verifiable, experience as governor has shown him and the world at large the benefits that can come with getting communities truly involved in the policing of their environments. Unknown to many, the Sokoto State Governor is working in partnership with investors from Argentina to permanently put the incessant clashes between herdsmen and farmers in the state to an end.

At a time that many state governors are still evolving a state response to these clashes that have led to the untimely death of many farmers and herders across many states in the country, Governor Tambuwal is nearly completing what the government is calling the Sokoto State Cattle Breeding Project. This can be described as a look-alike of cattle ranching in some form, but it is much more than that.

This project will keep herders in designated sites, away from the farmer’s lands, in Sokoto city. There is yet another such facility at Rabah local government area of the state. Besides ending farmer herdsmen conflict the programme will improve the genetics of local cattle breeds by ensuring higher milk yields and higher and beef production. The programme, when completed and commissioned, will avail herders of modern techniques in livestock production. If what one hears is true then the Federal Government, through officials of the Federal Ministry of Agriculture, is already understudying the Sokoto innovation for wider application across the country.

It is exhilarating and encouraging hearing Governor Tambuwal speak so boldly on several vexed national issues, including state police. It confirms what people who know him are saying, that entrusting people like him with higher national responsibilities, especially at this time when the nation needs leaders of strong will, character vision, will be in the nation’s best interest today.