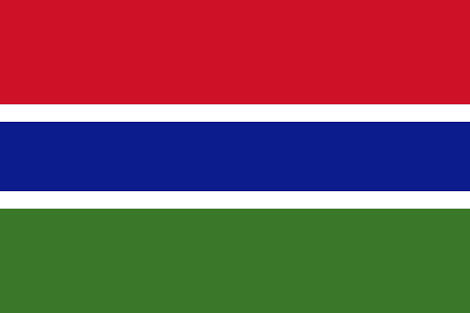 About three months ago, precisely on the 14th of February 2018, the Court of Justice of the Economic Community of West African States, pointedly delivered a judgment in favor of press freedom in the Gambia.

The case before the ECOWAS court had been triggered by the story of four Gambian journalists, Fatou Camara, Fataou Jaw Manneh, Alhagie Jobe, and Lamin Fatty, who had been arrested, detained and intimidated for their work as journalists in the Gambia; a ‘democratic’ country. They had so much feared further persecution “including the fear of physical and mental harm”  that they fled their country into exile.

The case (Suit No: ECW/CCJ/APP/ 36/15) was then filed in the name of the Federation of African Journalist (FAJ) and the four aforementioned journalists, against the  Republic of the Gambia and the ECOWAS court was called upon to determine the appropriateness of such laws upon which the Gambian government rely to repress press freedom, namely the Information and Communications Act and some provisions in the Gambia Criminal Code, and for the ECOWAS court to order The Gambia to repeal those laws and enact more favourable laws.

These laws did not only repress press freedom, the right to information and expression, right to liberty and security and the freedom from torture and inhuman treatment, it also imposed ridiculous penalties. For instance, one of the journalists had been slammed with the penalty of paying 250,000 GMD (approx. $5299.42USD) for criticizing the government and the president. Even more ridiculous was that the penalty was to be payable within 2 hours and if not, she’d have to spend 4 years in prison.

In giving its judgment, the ECOWAS court declared that the Gambian government had violated the rights of the Defendant and directed her to immediately repeal and/or amend the relevant laws in line with its obligations under the African Charter on Human and Peoples Rights, the International Convention on Civil and Political Rights, the ECOWAS revised treaty and other international instruments. This laudable judgment has been described as a landmark one which restored hope to press freedom in the Gambia, providing justice and respect for the rights of the Gambian people, especially the journalist.

However, on the 9th of May 2018, the Supreme Court of Gambia declared that although criminal defamation and false publication are unconstitutional, sedition is only partially unconstitutional. That is, that Sedition still validly exists as an offense only when said speech is made against the President. Why this was declared by the Supreme Court of a nation that subscribes to democracy is beyond comprehension.

In addition to this declaration being overtly against the order made by the ECOWAS court in FAJ v. The Gambia, it also negates other components of the principle of democracy. Democracy shows no favoritism for a single elected representative without any democratically sound reason. Democracy favors the good of the people over the interests of the government; whether as a whole or for an individual politician. The rule of law, a component of democracy, requires that the law is to govern above all persons and no one is to be above the law. The question therefore is: If it isn’t constitutional for sedition to exist as a crime against the government, why then should it be constitutional for it to exist against the President?

Above all of these, a major reason why this ruling by the Supreme Court of Gambia is anti-democratic is that by going against the express Order of a superior court, it is has placed itself in opposition to the democratic mechanism of checks and balances.

By virtue of Article 5(3) of the ECOWAS Revised Treaty, each Member State undertakes to honor its obligations under the treaty. Article 15(4) more directly states that the judgments of the ECOWAS court are binding on the Member States.

The Gambia (which includes the judiciary) cannot claim that it has absolute powers to make decisions as it deems fit over the Gambia people as it has ceded some of those powers to the ECOWAS court and must comply when such ceded powers are exercised. The ECOWAS Court addressing this issue in Musa Saidykhan vs. The Republic of The Gambia said:

“ECOWAS is a supranational authority created by the Member States wherein they expressly ceded some of their sovereign powers to ECOWAS to act in their common interest. Therefore, in respect of those areas where the Member States have ceded part of their sovereign powers to ECOWAS, the rules made by ECOWAS supersede rules made by the individual Member States if they are inconsistent …Therefore, it is untenable for the Member State of ECOWAS to claim that a matter is essentially within its domestic jurisdiction when it had expressly or by necessary implication granted ECOWAS powers to act solely or concurrently with national jurisdiction in respect of that matter”

The Republic of Gambia is therefore called upon to do the right thing; to entirely comply with the order by the ECOWAS court by ruling Sedition as fully unconstitutional – both regarding the government and the President.