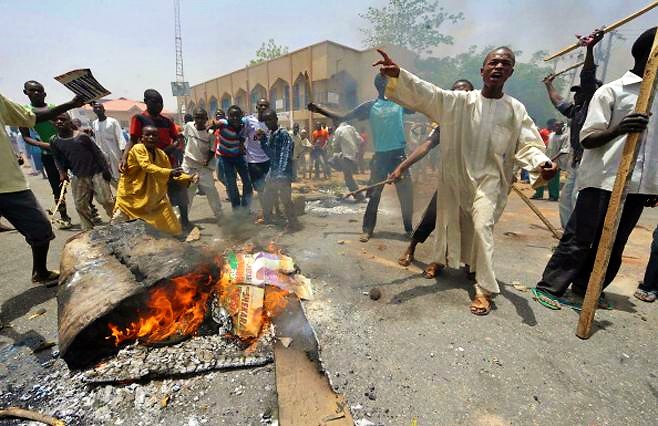 According to NAN, an official of the Kaduna State Emergency Management Agency (SEMA) who confirmed the figures on condition of anonymity, said the agency had undertaken an assessment of the damages and provided assistance to the victims.

The agency reportedly borrowed money to procure the relief materials including bags of rice, maize, palm and vegetable oil, noodles, salt and mattresses which were distributed to the victims on Thursday.

The source said that the items were handed over to Abdullahi Murtala, sole administrator of the local government, for distribution to the victims now taking shelter at a primary school in Birnin Gwari.

Efforts to speak with  Ben Kure, SEMA executive secretary, was not successful as he was neither in the office nor responded to several calls to his cell phone.

On May 7, Nasiru el-Rufa’i, governor of the state, directed the agency to offer “immediate” assistance to the attack victims.

Ibrahim Idris, inspector-general of police, had deployed 200 mobile policemen to the area to maintain peace and order while the federal government plans to set up an army unit in the area.