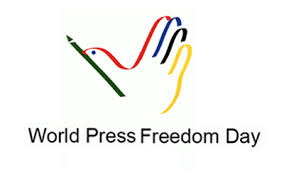 As the world celebrates World Press Freedom Day on May 3, 2018, Paradigm Initiative has called for an immediate end to the spate of attacks on the media in Africa.

The celebration of the 2018 World Press Day comes at a time of increased press attacks across Africa, an unfortunate reality that is partly behind shrinking civic spaces in the continent.

Tope Ogundipe, the Director of Programs of Paradigm Initiative, noted, “One of the key developments noted in our Digital Rights in Africa Report 2017 was the increased wave of attacks on the Press in Africa. Whereas in 2016 most of the arrests for comments made online were of ordinary citizens, in 2017 the focus of arrests and prosecutions for comments made online shifted to journalists. Journalists should not be targeted for doing their legitimate jobs”.

“The years 2017 and 2018 have witnessed a record number of journalist arrests in Nigeria. Media houses were also broken into as overzealous security officers did the bidding of their paymasters. Journalists and the media played a crucial role in the establishment of democracy in Nigeria, so we cannot sit back and watch their right trampled upon,” Ogundipe added.

Speaking further on the topic, Boye Adegoke, Paradigm Initiative’s Program Manager for Digital Rights said, “The Cybercrimes Act of 2015 has emerged as the principal tool in the hands of the rich and powerful in persecuting Nigerian citizens and Journalists for comments made online. We have initiated lawsuit challenging the constitutionality of sections 24 and 38 of the Cybercrime Act, which has been the legal basis for much of the abuse of press freedom we have seen in Nigeria”

“As we celebrate World Press Day 2018 on May 3 2018, let’s all join hands together to ensure that Press Freedom is respected in Nigeria, Africa and the rest of the world,” Adeboye continued.