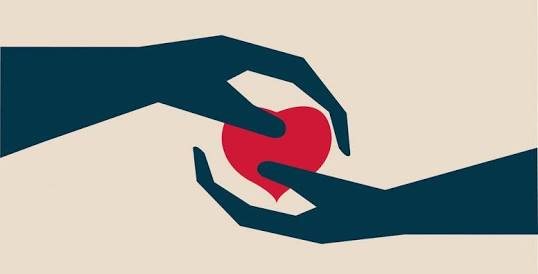 Some years ago, when Boko Haram insurgency was at its peak in North East Nigeria, sacking villages, detonating bombs in markets, mosques and churches, killing children, women and elderly and forcefully conscripting innocent youths into its fold, many of our fellow citizens in the other parts of the country are feeling so unconcerned. The reason for their lack of concern is very clear; they thought the violence is a northern affair that would never get to their part of the country.

To add salt to the injury, some unkind people, out of sheer carelessness went on social media to mock victims of the insurgency without feeling any sense of shame. In the most inhuman and demeaning manner, the whole world heard them saying; ‘’let the north continue to kill themselves’’. Nothing could be more shocking and heart breaking. These people made it clear to all that they do not care about the innocent lives being lost in North East. It doesn’t matter if more than 20,000 people are gruesomely killed and over 2million are displaced, they just don’t care they said.

During the same period and in the most disheartening manner, people who showed serious concern about the suffering of the people of North East are blackmailed and shamed. People like Madam Oby Ezekwesili and others like her, who are known defenders of human dignity, are constantly bashed and maligned, not for doing anything wrong, but for speaking out for victims of inhumanity. We made it look like demanding dignity for human person is a sin and those who do so are the sinners.

However, just few years later, the Biafran issue became a major source of security concern in South East Nigeria and living became very difficult for a lot of people. While the agitators are making life hell for some sections of the populace on one hand, the security agencies are also doing the same at the other end. From North East, the concern for insecurity shifted eastward and a lot of people who may be part of those earlier mocking and demeaning the victims of North East are also calling for help. Who will help save humanity they cried, but unfortunately, no one responded.

Images of people killed in controversial circumstances liter the social media space, but rather than show compassion to the victims, people are also mocking the east and demeaning its victims. Like we did to the victims in North East, we also did to the victims in South East. We say to them, ‘’we don’t care about what happens to you because you brought this upon yourselves’’.

Furthermore, as if that was not enough, the train of violence visited the Middle Belt region, where organized killers who disguise as herdsmen are spreading sorrow, tears and blood. Human life has become so meaningless, not just to the killers, but also to us the observers.
Accusation and counter accusations are traded over the media, yet the killing spree continues. Do we really care? Instead of empathizing with victims and contribute to ending the human massacre through informed commentary and valuable propositions, we are much more concerned with proving who is right or wrong, despite not having facts to back up our claims. We spit on the body of our fellow citizens, swim in their blood and seek personal satisfaction in their sorrow. We want to win the arguments, not rescue the victims. We compete to demonize each other with the most harsh and injurious words based on imaginary and concocted falsehood. This is very saddening.

It is disheartening because, while many of us truly make so much noise about the crisis, we do not really care about truth or about the peace, we just want to feel a sense of superiority and rightness over the others. Our arguments and advocacy is not out of empathy for our dying citizens, but about condemning each other in the most dishonest manner.

For a moment, let us sit back and reflect about our attitude towards each other and ask salient questions such as, what would have happened, if we had genuinely shown the people of North East more love, care and concern without considering their tribes and religion?
What would have happened, if we collectively embraced the South East without minding their political decisions and speak out for their concerns and interest?

Tell me, what would have been the situation now, if we are genuinely speaking for the people of middle belt, not because we just want to blame and condemn each other, but because we genuinely care for our humanity and want an end to the bloody crisis.

In my opinion, our old manner of engaging each other has brought us here and has brought us pain and discontent, it is now time we turn a new leaf and start showing care and concerns genuinely. We must all care because we belong to each other. Our sufferings are the same, even though we get our share of the pains at different times.

Our genuine care is important because, if you care for me today that the suffering is my turn, I will surely care for you tomorrow when the suffering shifts to your side. If you help me advocate for the end to my pain, i will genuinely help advocate for the end to yours too. If we all care and show concern for each other as humans, we are simply preserving our joint humanity.