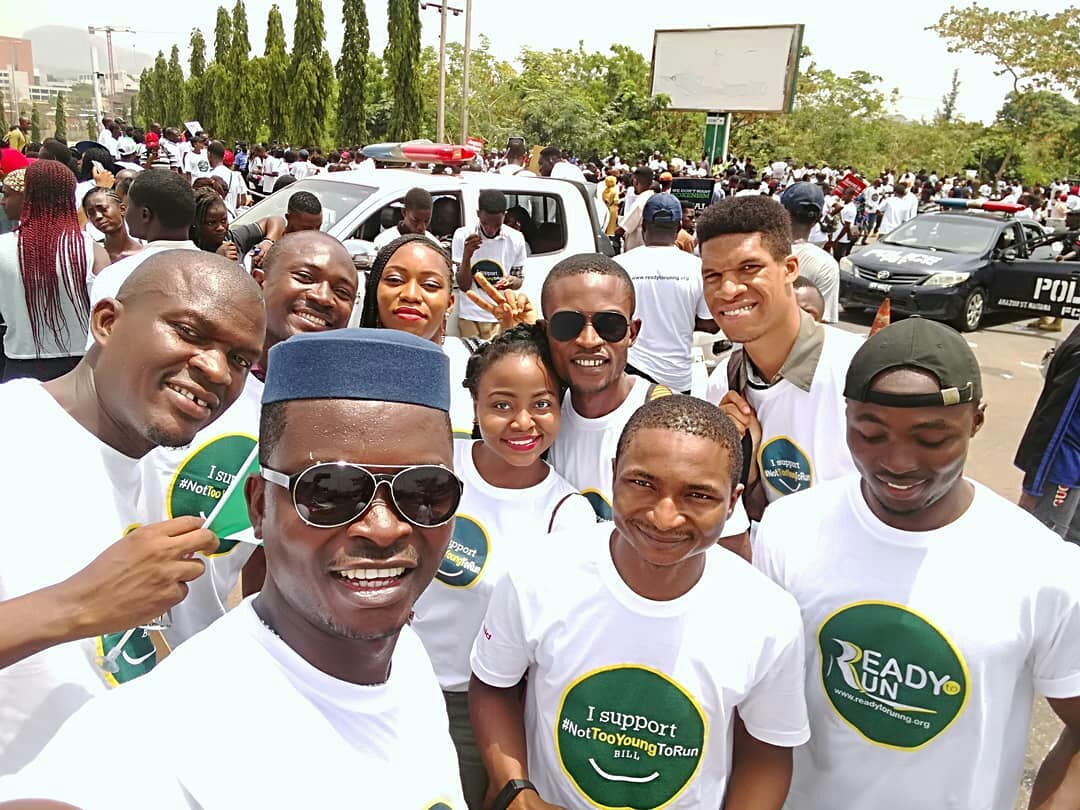 The Not Too Young To Run movement is embarking on a march to the Presidential Villa to demand that President Muhammadu Buhari assents to the Age Reduction Bill popularly known as Not Too Young To Run as soon as the constitutional amendment bills are transmitted to the President for assent. This is part of the campaign’s strategy of mobilizing citizens especially young people to participate in constitution building and most importantly demand quality representation from elected leaders.

About the Age Reduction Bill (Not Too Young To Run)
The Not Too Young To Run bill is a bill that seeks to reduce the age for running for elective offices in Nigeria. The constitutional amendment bill promotes youth inclusion in politics, enhances democratic development and deepens intergenerational dialogue. The bill as passed by the National Assembly and State Houses of Assembly reduces the age criteria for the office of the President from 40 to 35; House of Representatives from 30 years to 25 years and State House of Assembly from 30 years to 25 years. Contrary to the demand of the movement, the National Assembly retained the age for the Governor and Senate at the current 35 years.

In July 2017, the Nigerian Senate passed the #NotTooYoungtoRun bill, with an overwhelming majority (86 Senators). The bill was also passed by a large majority (261 members) in the House of Representatives. In February 2018, the age reduction constitution amendment bill popularly known as the Not Too Young To Run bill was passed by 33 out of 36 state Houses of Assembly. The bill is amongst the amendments transmitted to the National Assembly by the State Assembly on March 1, 2018.

The movement has engaged with the leadership of the national and state legislatures through visits and personalized letters to all 109 Senators, 360 members of the House of Representatives and 991 House of Assembly members; National Days of Action in 24 states and the FCT with an estimated 10,000 people participating; appearances on all the major media stations in Nigeria and the international media; as well as sustained interactive social media conversations. The campaign has gained both national and global attention with the United Nations adopting it as a global campaign for youth inclusion. More recently, the African Union and ECOWAS also endorsed the campaign. The campaign has been launched in been launched in several countries in Africa like Kenya, Gambia, Liberia, Zimbabwe, Tanzania, Cameroun and Sierra Leone.

1. We call on President Muhammadu Buhari to assent to the constitutional amendment bill especially the Age Reduction bill as soon as the bills are transmitted to him for assent.

2. We call on the National Assembly to transmit the constitutional amendments to President Muhammadu Buhari for assent within one week.

In addition, we call on political parties to uphold the principles of internal democracy, transparency and accountability. With the passage of Not Too Young To Run, we expect more youth with capacity and integrity will seek to political office. Whilst noting that the parties provide a platform for the actualization of political aspirations, we also note that parties can undermine and jeopardize youth candidacy at elections. It is therefore important to reiterate the need for political parties to ensure internal party democracy to safeguard the emergence of youth candidates in the 2019 elections.

For the records, this demand is driven by the compelling need to restructure the country’s political system to address the deeply entrenched system of political exclusion and institute inclusive politics, transformative leadership and electoral competitiveness in the electoral process.

Itodo Samson
Convener, Not Too Young To Run movement