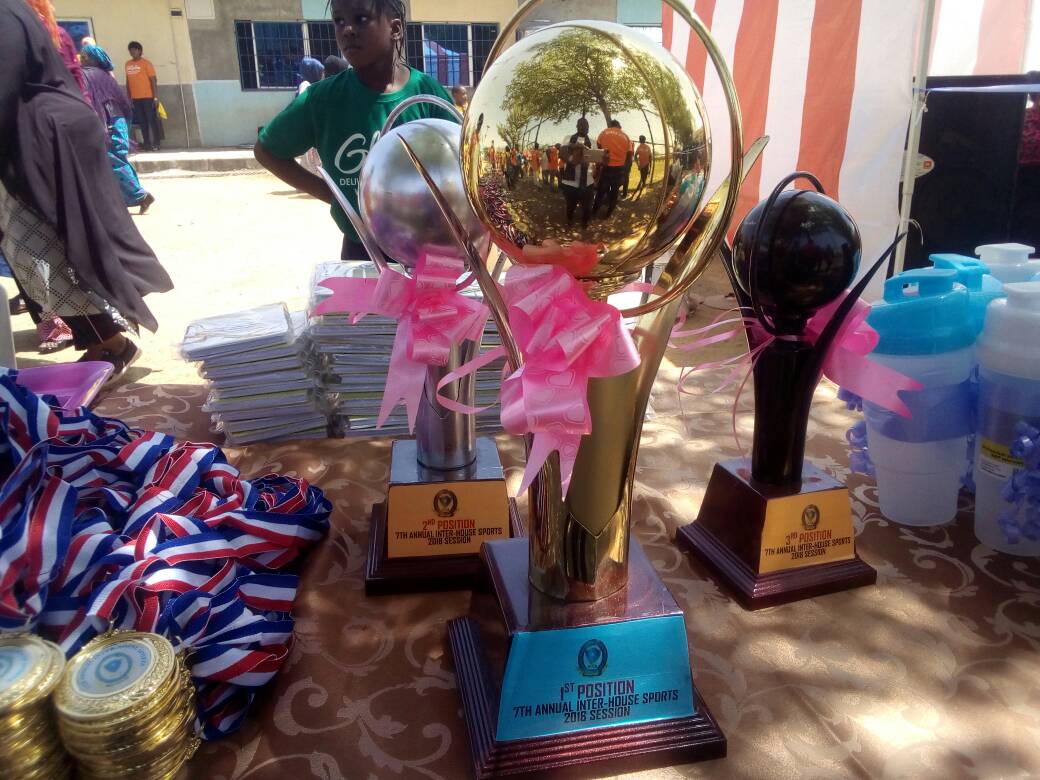 Achieving wholesomeness for both the mind and body in schools through sporting activities such as track and field events plays crucial role towards improved academic performance as well as social interaction particularly amongst the teens. These amongst other contributing factors to better learning process prompted the 7th Annual Inter-House Sport of Glisten International  Academy, Abuja yesterday, 3rd March, 2018.

Houses named after the four Continents of the World namely: Europe House; Africa House; Asia House and America House competed with one another in various sports – track and field events such as Match-Past, Bicycle Race by Discovery Classes, Slipper Race by Nursery Classes, Sack Race, Tug of War, Gymnastics for Junior classes, Karate and Taekwondo Classes, Relay Race as well as Egg Race.

According to Abba Abdulahi Saidu,

Director of Finance and Investment, Glisten Academy, who spoke to us on the impact of such an event within the learning environment, “This is our 7thAnnual  inter-House Sport Competition since this Academy was founded 11 years ago”.

“The impact has been very tremendous thus far, it makes the students happier and encourages them to want to learn and study more. Seeing them happy while trying to give them sound development is quite fulfilling for us in Glisten”, he said.

Abba further mentioned that the event has created platforms for improved collaborations and social engagements with other schools in Abuja and its environs.

“On a day like this, we invite other schools to compete with our students in track events which also help their social interaction abilities”, said Abba.

Head of Primary School Section, Glisten Academy, Mrs Godswill, said “this sporting event promotes good and cordial relationship amongst students. It also enhances mental development to build skills and coordination that have possible effects on their academic performance in school.

She added that through sporting events students learn to tolerate one another thereby building cooperation among them.

Mr Charles Chibuzor, Head of Glisten Academy Secondary Section, while sharing the essence of the Inter House Sport said that the event wasn’t only

about academics, that there was need for time to exercise to improve their fitness, which encouraged them to compete favourably well amongst themselves and with their counterparts from other schools.

“Most of these students are in their teens, full of energies and there is always need for them to burn off these energies by engaging them in sport and fitness activities, such as this” said Chibuzor

“Here at Glisten we take physical fitness of the students seriously, by virtue of this, we currently have the best Basketball Team among the Schools within the Federal Capital Territory” he affirmed.

Mr Uche Anuka, one of the invited parents at the event, who according to him had enrolled all his five children in Glisten Academy expressed his excitement at the performance of his children in sporting activities at the Inter-House Sport.

“Seeing my children do well in extra-curricular activity such as this gives me so much fulfilment. It is an indication that Glisten Academy has been providing an all-round learning for them, which is quite great” he stated.

Another invited parent, Mrs Suleiman who had enrolled her four children in Glisten Academy said she never regretted bringing her children to the

school because they are being given all round  academic attention.

“This school has tremendously built my children academically since I brought them, as you can see this event is another proof” she stated.

Suleiman Sabir, a Glisten Academy Student, spoke brilliantly of how being a student of the school has created opportunity for him to compete internationally with his counterpart not only in sporting activity but in Science and Technology competition such as the First Lego League Robotics Challenge in Houston Texas.

‘Being a student Glisten academy made me to be part of Glisten Galaxy Team that won the 2017 Robotic challenge with Grand Prize to compete at the global challenge in the USA, all expense paid. This to me, is a great opportunity for any young student, he opined.

The event ended with Europe House came tops with the Grand Prize of Gold Trophy having won the highest number of gold medals in both track and field activities while America House that came Second won the Silver Trophy and Africa House grabbed the Bronze Trophy respectively.