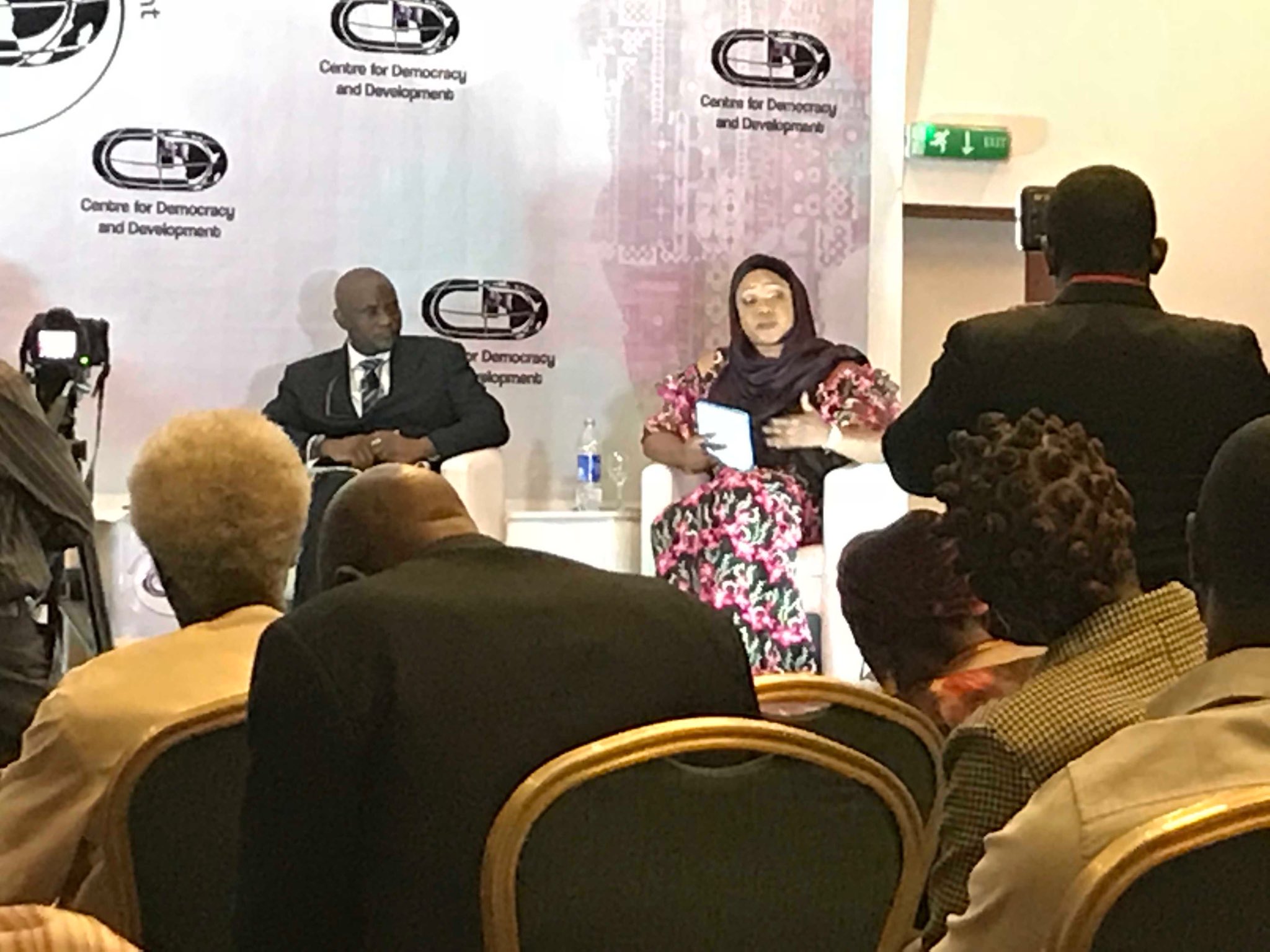 The event which had top politicians and political parties representatives from four major leading political parties in Nigeria such as APC, PDP, KOWA and APGA in attendance was aimed at building platform and level plain ground for dialogue between political aspirants and the electorates toward free and credible 2019 General elections.

According to Head of Programmes, CDD, Shamsudeen Yusuf, “This discussion series becomes crucial at this point of transitioning in Nigeria, in order to stimulate progressive conversations for improved political economy and to address major issues such as party campaigns funding, inclusion,  registration, primary elections among others as we prepare for 2019 General election”.

the event spoke extensively on the lofty agenda of APC as a rulling party come 2019 elections.

When asked the source of party funds, she said APC mainly got its funding through membership dues, donations, and contributions.

“Our party gets its funding through membership monthly dues and donations” said Rinsola.

KOWA Party Representative,  Mark Adebayo while speaking at the forum  explained that Kowa is the only party that represents the voiceless with the aim of projecting the voices of the Nigerians at the grassroots.

“We represent the voiceless, the oppressed and hopeless. We have created opportunities for inclusions and equity. Women, young people and people living with disabilities are given equal opportunities in our party” said Adebayo.

Aisha Osori, an Author and a speaker at the event also shared her political encounters as young political aspirant who had learned in a hard way having encountered hurdles within her party as a young woman.

Women should be given equal representation and opportunities within the political space in Nigeria she said.

She further urged every youth to get involved in political process and quit being indifferent towards electioneering come 2019 General elections.