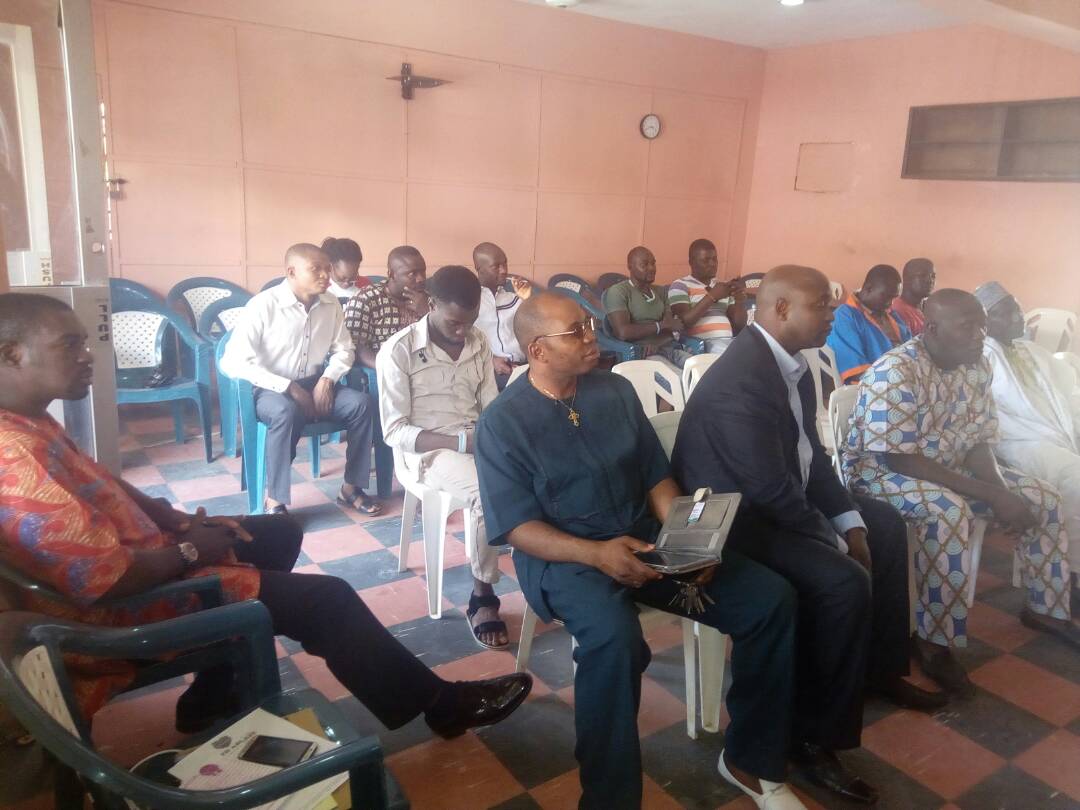 In taken the business of accountability and transparency in governance to the grassroot, especially the Local Government Areas (the supposed closest government to the people), Dean Initiative took the #OpenLGAs Townhall of the activecitizen.com.ng to Bwari Area Council of Federal Capital Territory.

The meeting which took place on the 25th Nov. 2017 within the premises of the Bwari Shoping Plaza was hosted by Youth Ablaze in collaboration with DEAN Initiative.

According to Micheal Semiye, Executive Director, Dean Initiative, “the eye-opener Townhall meeting had citizens from every section and groups within the Area Council. Participants lamented the recklessness with which Council administrators are governing. No participants at the Townhall meeting was able point to or identify any project the Council have initiated or done in one calendar year, neither did anyone of them has idea of what the Council receives monthly in allocation or what it generates in IGR.”

He added that, well over 80% of the participants quoted correctly the Federal budget for 2017 and the newly presented 2018 budget.

“About 40% also gave account of Federal IGR sources and amounts declared by the Federal government. However, no participant at the Townhall meeting had idea what the Area Council’s budget; not even once since they have been in Bwari. None as well have knowledge of how much in IGR the Council generates and what is done with such income”, he said.

“Most of the citizens decried the force with which the Area Council uses in collecting the IGR and the more painful thing is that while citizens hustle to pay their multiple taxes, the Area Council on her side has failed to deliver the smallest possible services.” said Michael.

Semiye confirmed through investigation that Commercial drivers are often subjected to daily payment of several revenues to the tune of N700. School owners and churches pay N18,000 for Busses while businesses pays for; signposts, sales, shop space and others.
Bwari Area Council parades 10 Quary plants and other major businesses, despite all revenues and monthly allocations, Bwari AC citizens can’t feel the impact of governance at the local level.

“Hence, Citizens seems to have lost faith in government due to continuous failure in service delivery. The closeness of LGAs to the people is at the moment not yielding its designed impact.” he said.

Based on these above evidences, the reasons for these sad incidents are not far fetched,  while a lot of donor funding and voluntary activities are invested in monitoring the Federal government activities and projects, the LGAs are deemed almost not important to monitor and they are over the years have been making over night millionaires through endemic corrupt practices.

The LGA Chairmen have their monthly allocations and IGR all to themselves to decide what to do with. How selfish can they be?

Micheal further said that the representative of Bwari traditional ruler the townhall meeting attributed the trend to systemic corruption. He said they are even more confused as they seem not to understand how government run or who to hold accountable.

“Each time we meet the LGA Chairman, he complains of lack of fund release by the Minister and the Minister will complain that he has no release from the Federal government, however, the little they receive and make in IGR,  are never accounted for” said the Traditional ruler

The outcome of the meeting was a call to action with the convener of the Townhall meeting; Youth Ablaze and the activecitizen.com.ng emphasized the OpenLGAs ideology and the importance of citizens’ participation in monitoring government activities. The citizens formed a working groups to contact the leadership of the Area Council to demand relevant information using the FOI and follow up with due actions.

You can forward your contribution and questions around the #OpenLGAs Project to deaninitiative@gmail.com