[Video] #NoSidonLook: Citizens’ Engagement that bridges the gap between the governments and governed! 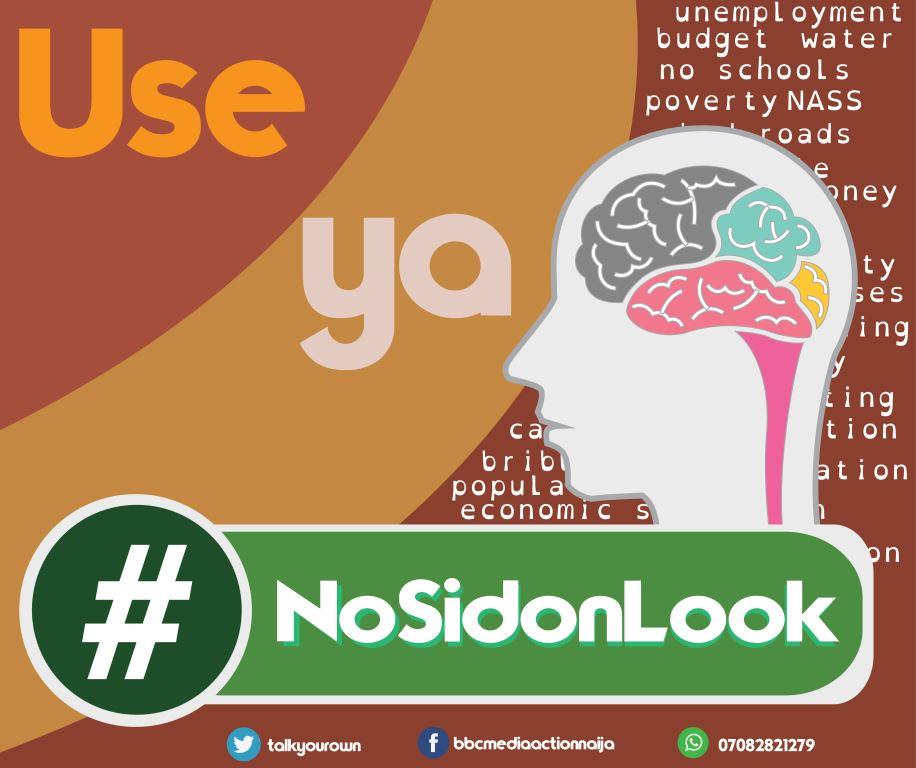 In a democratic setting, it is not uncommon to hear the word “citizen engagement” which is often geared towards getting the elected leaders to be proactive about pertinent issues that matter to the overall well-being of the countrymen, most importantly the issues that make democratic system of government worthwhile such as respect for fundamental human rights, rule of law, due process, transparency and accountability and so on.

Oftentimes than not, most of these issues are deep-rooted in or around the fundamental human rights of the citizenry which also includes those who we often considered marginalised, the voiceless and less privileged ones such as persons with disabilities, orphans, Internally displaced persons (IDPs), the old/aged people, widows, among others. Critically, these fundamental human rights are defined by citizens’ accessibility to basic human needs and infrastructures such as affordable housing scheme, qualitative education, efficient healthcare service delivery, food security, protection of the lives and property of the citizenry, good road network, and effective pension scheme for the workers to mention but few.

A cursory look at how citizens in Nigeria often engage their elected representatives revealed that there has been a huge gap between the government and the citizens over the years. Several reports have shown that citizens become agitated, disgruntled and marginalised when they are unable to feel, see and touch the reality and dividends of democratic rule.

They feel partially neglected when critical infrastructure that are expected to be functional become obsolete, decayed and dilapidated and no cogent and proactive steps been taken towards replacement or rehabilitation plans from these elected representatives and policy makers who had been voted into public offices probably based on their endless promises and unrealistic plans during their elections campaign and manifestos.

These among other several social issues ranging from lack of Healthcare facilities, good governance, lack of access to quality education  etc. are what #NoSidonlook campaign seeks to amplify by encouraging the citizens participation in demanding the relevant authorities to take action and chart actionable course for sustainable development plans across board.

#NoSidonlook is a multi-media campaign spanning broadcast and social media that aims to stimulate conversations among young people about difficulties in their communities and what they can do to overcome these difficulties.

You too can join in the conversation using  #NoSidonLook “hashtag” by the sharing what is happening within your area that need urgent intervention from the either local or state authourity.

You can join the conversation online via