SCDDD holds Media Roundtable for the media practitioners to shun the use of Hate Speech! 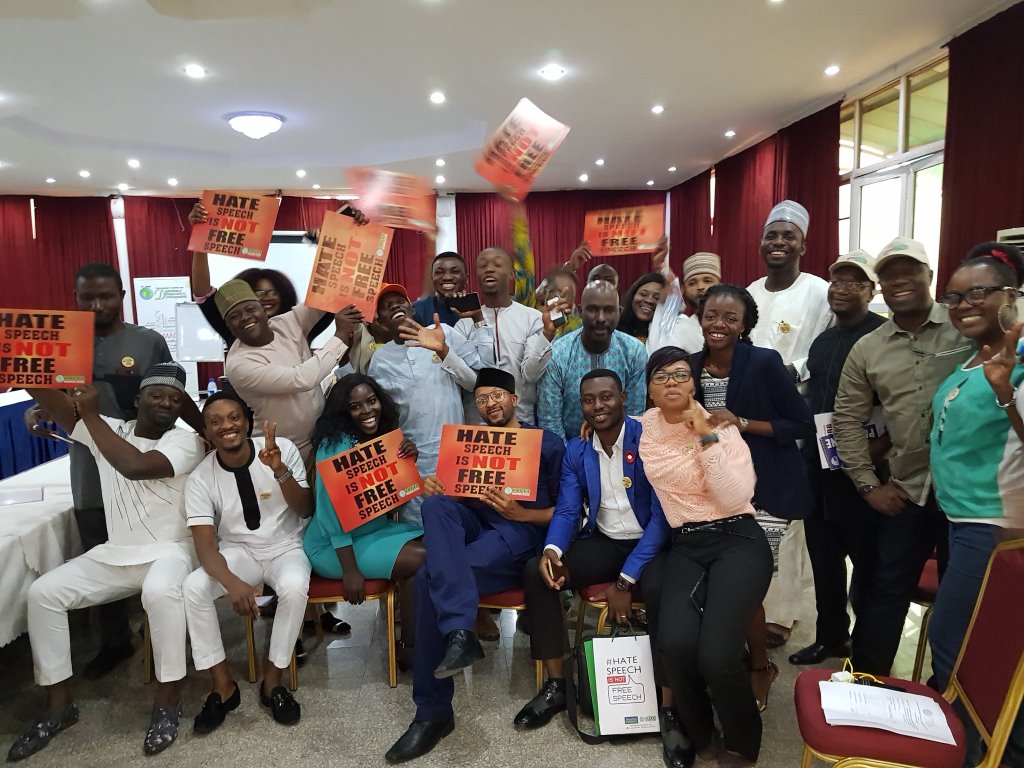 Savannah Centre for Diplomacy, Democracy and Development (SCDDD) has put together another Media Roundtable on Democracy, Stability and Media Accountability Project (DESMAP) aimed at curbing the new trend of the use of hate speech  in Nigeria in Abuja yesterday.

The media roundtable which had from across the country top online thought leaders, social media practitioners, On-Air-Personalities,

According to Director SCDDD,  “We cannot underestimate the role of media play in nation building, in other words, media have always been the major drivers of crucial information that could either engender peace or violence therefore the political stability of any nation is largely dependent on the quality of information that the media give out to the world”.

He however urged all the media practitioners at the roundtable to shun any inciting or malicious content that cause harm, damage to anyone or cause disunity in Nigeria.

Elder Stateman, Justice Uwais who was the special guest at the roundtable gave an profound speech while addressing the participants, when he shared his experience in 1959 as a young journalist. He stated that journalism is a noble profession and that all the practitioners should learn to build on its ethical values.

“We are all working together to build this great nation, and we must ensure that we all play our part in fostering unity and not division through the use of hate speech or inciting comments against one another’” said Uwais.

One of the Keynote speakers at the roundtable, the veteran broadcaster, Eugenia Abu, during her presentation highlighted several ways in which media practitioners in Nigeria could deliver efficiently in their various niches they have chosen without causing unwarranted tension through their mediums.

She blamed the recent use of hate speech in the media mostly on the lack of professionalism and in-depth training for the up and coming media practitioners.

“We often forget that lack of proper training and professionalism in media business could have untold damage on national cohesion as well as political stability in any country, so because we have a broadcasting station we then put our family members who have no professional training whatsoever in broadcasting or even journalism as the head of station, that is a big danger in media business.” said Abu.

She however encouraged all media practitioners who had no training to strive as much as possible to keep building their capacities so as to ensure and promote efficiency within the sector.