Much Ado About JAMB 120: Another Directionless Noise in the Nigerian Education Sphere 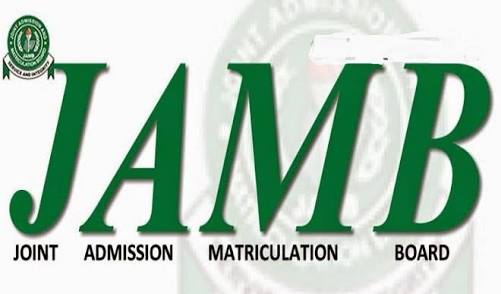 Hell is now on the loose. Another Nigerian agency JAMB has decided to follow the steps of others in sinking the Nigerian dream of Vision 20:2020 by reducing the entry cut off mark to 120 for universities and 100 for polytechnics and colleges of education. Nigerians has been transformed into a “public affairs analyst”. Reprobatory remarks from Vice Chancellors, Academic Staff Union of Universities, and threat from the National Association of Nigerian Students have filled the air.

However, as a “public affairs analyst”, a student and a Nigerian, I wish to lend my voice and state that JAMB has done what is in the best interest for Nigeria, Nigerian youths and Nigerian educational institutions. My position is not tied to the official reasons offered by the board, but by deep personal thought and empirical evidence. A firsthand and unbiased presentation of the facts leading to the recommendations (not policy) has been provided by Reuben Abati, in which he clearly highlighted the benefits open to students and institutions. I strongly recommend an open-minded consideration of that piece.

In this article, my concern shall be to address three criticism labelled against the policy recommendation: ethnic agenda, interest of private universities, and reduced educational quality, while also highlighting the benefits achievable from this recommendation if religiously accepted and adopted.

The first criticism, which I considered most laughable, is the argument that the recommendation has an ethnic agenda to empower a section of the country that is educationally backward to massively gain admission into higher institutions. This argument is unsurprising. In Nigeria, every aspect of public life is given an ethnic colouration. However, every geopolitical zone, state, local government area, village and family have candidates who took the Unified Tertiary Matriculation Examination more than once (like me), before being admitted into the higher institutions. The fact that a section of the country reduced it for their ‘sons and daughters’ to gain entrance into higher institutions is an added impetus for the other section(s) to take advantage of the opportunity and load the institutions with their ‘sons and daughters’.

Similarly, as private institutions struggles to get students enrolled, evidence abound showing that even public institutions have engaged in back-door practices in admitting students and submitting same to JAMB for ‘regularization’ purposes. In 2016, for example,

six of the country’s top universities presented a backdoor list of 385 students — from those who scored below the cut-off to those who didn’t even take any entrance examination — to JAMB for “regularization.” Ahmadu Bello University topped the list with 246 students; University of Nigeria, Nsukka, 52; Obafemi Awolowo University, 33; University of Benin, 28; University of Lagos, 14; and University of Ibadan, 12. It was worse in the polytechnics, where four notable institutions admitted 3,489 students through the backdoor. Kaduna Polytechnic admitted 985 students by just winking at them; Yaba Polytechnic, once the pride of the nation, trucked in 930; Ibadan Polytechnic ferried in 903; and Delta State Polytechnic, Ozoro, bussed in 671 misfits.

Furthermore, the rise of private institutions is inevitable when in public institutions students spend 7 years for a four-year programme, due to recurrent strike actions, management (and cabal) squabbles and students’ protests.

The final argument advanced against the recommendation is that it would further lead to poor quality of education. The quality of Nigerian education is on a downward spiral. This recommendation has little or nothing to do with. Across all tiers of the educational ecosystem, funding is poor, facilities are inadequate, personnel are not motivated, corruption is rife and malpractice is the norm. These malaise did not start with 180 or 120 by JAMB, this started when hard work no longer result in success, when honesty became an abnormality, when nepotism took over merit, when promotion is contingent on subservience. These started with individuals whose educational journey preceded the establishment of JAMB, but were trained in foreign universities with public funds on scholarships and bursery. The poor educational quality in the nation was not the making of admission seekers, but “admission givers”.

In my opinion, these criticism are borne out of a narrow view of what higher education entails, especially in the 21st century. The recommendation is not necessary in the first place, if our institutions of higher learning have lived up to their expectations, and if a functional technical and vocational education system were in place, where secondary school students are equipped to be self-reliant and economical productive. The drive for higher education is only a symptom of the certificate-craziness of the Nigerian populace.

Education in the 21st century is not tied to acquiring certificate and accumulation diplomas. Higher education today is no guarantee for personal and professional success. Within the educational community, this study, this study, and this study have shown that entry requirement, including UTME are poor predictors of CGPA. This alone should be an awakening call to educational administrators and the general public that entry qualifications contribute little or nothing in promoting learning, character and learning. Like most students and graduates of higher institutions can confirm, excellence is often less a product of entry requirement but commitment and the ability to synergize resources and build network with industry professionals. Sadly, admission or entry requirements are used as a firewall for preventing many young minds and youths from accessing the most fundamental purpose of education: self-actualization.

The sad and myopic view that higher education is a place of only learning economically viable skills has endured for for a long time. This view should have been permanently sent to the abyss of public opinion on the basis of the appalling performance of graduates in the real word and the often referred half-baked graduates syndrome by employers. Unfortunately, it continues to wreck havoc on individuals and societies. Beyond skill acquisition, higher education provides ample opportunity for self-exploration, realization and actualization.

For those who have gone through the higher education system, the experiences cherished are those which illuminates the soul, promote awareness of a common humanity and the pursuance of a noble and selfless cause. These experiences are often independent of the entrance or exit qualifications (either 120, 100 or first class honours). Rather, they are nurtured by building friendship, exploring opportunities, and reading beyond examination questions. These experiences have been denied millions on the alter of entry requirement including JAMB.

In most countries, including the UK, US and Canada, test scores are just a minor fraction of factors used in determining students eligibility for higher education. Motivational letter (statement of purpose), previous school performance, recommendation letter, community (volunteer service), athletic (sporting) ability, extracurricular activities (like music, dance, poetry, debating) are all considered when making decision about candidate ability. In Nigeria, these factors are non-existence, or another paper-work due for trashcan.

Currently, due to greater internet access, institutions like Harvard, MIT, Cambridge, Oxford and other top ranking global educational players are removing the barriers that entry requirement constitute by collaborating with organizations like Coursera, Edx, FutureLearn to make their courses available for almost free with the possibility of earning certificates or diplomas. This is the direction the Nigerian higher education system should be heading. Not debating about the (un)importance of a cut-off mark which common sense and empirical evidence strongly indicates is not useful, but worse still inimical to our collective success, especially for the future generations.

Ibrahim Ajala is a Post-Graduate student in the University of Port Harcourt, Nigeria and writes from ibrahimajala@gmail.com