#Millennials: A resurgence of Socio-Political Correctness in the 21st Century! 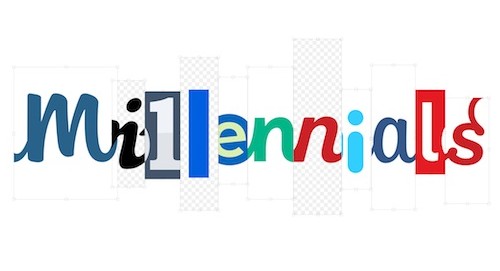 There are abounding narratives on the great impacts and positive contributions of the “Millennials” toward statecraft and other fields of endeavour across the globe. The technological revolution in the world of communication has not only made this possible but has brought about transformational reality of “Global Village” which is a reality a large numbers of conservative societies particularly those with parochial religious views still find difficult to reconcile with.

The ‘Millennials’ a terminology coined by an author, William Strauss in 1987, when he referred to the generation of “Echo Boomers” those generation born in the early 1980s, 90s down to the early 2000s, usually young people that fall between the ages of 18 and 40. These generations often referred to as the Millennium Youth and most times as young reformers. This although, varies from the continent to continent.

The impacts and positive contributions of these generations to the socio-economic development, politics, art, science and technology cannot be overemphasised yet they are most times undermined by the older elites particularly by the ones who often feel threatened by extraordinary intellectual display of these millennials.

Nevertheless, it is quite commendable that youth relegation in today’s politics is gradually becoming a thing of the past, particularly in the developed world (G7 nations) where so much confidence is now being reposed in the active youth participation in politics. The recent Presidential election in France where a 39 year old Emmanuel Macron emerged victorious against all odds, becoming one of the youngest French citizens that ever steers the political and economic affairs of one of the strongest economies in Europe, is a classic example of how a millennial can make a difference in any society.

In the United States, the likes of Mark Zuckerberg, the Founder of Facebook and his millennial cohorts are already pioneering several technological and digital innovations that have being the major drivers for effective communications in the business world and other socio-economic activities today. His Facebook, has also been said to promote good governance through citizens journalism as well as improve citizens participation in governance across the world, by just airing and chiming their opinions and views about the current happening within the political circle.

Also in Africa, particularly in Nigeria, the story has not been totally different from those in the developed nations, however, the great recession has had a major impact on this generation because it has caused historically high levels of unemployment caused by deep rooted corrupt practices and mismanagement of funds by both private and government officials with attendant effects such as rise in juvenile crimes, fallen standard of education, terrorism, insurgency, political instability amongst others.

Despite these unavoidable challenges, millennials in Nigeria are doggedly keeping their heads above the waters by positively engaging their leaders through several digital media platforms such as twitter, facebook, instagram etc demanding for social justice.

On-going campaign by the coalition of youth groups in Nigeria called AYONAC (Association of Youth of Nigerian Against Corruption) against the spate of corrupt practices in Nigeria is an indication that the millennials in Nigeria have chosen not to sit back and watch the future of the most populous black nation in the world sink in the ocean of hopelessness.

“Through this campaign against corruption, we are more than optimistic, that our country Nigeria will rise again and regain her lost glory” said Phil Roberts, the National Coordinator, AYONAC in Abuja.

Roberts who is in his mid-30s noted that AYONAC campaign against corruption is not targeted at the government officials and political big-wigs alone, it is aimed at changing the mindset of an average Nigerian person about corruption risk activities and other form of practice that has traces of corruption in it at the grassroots level such as favouritisim, nepotism, bribery, exam malpractices among students, over-inflated budget for project, advance fee fraud among others.

It has been confirmed that AYONAC is ever ready to fight corruption to finish in Nigeria, considering the strength of youths behind the coalition. Its wide network of youth across the country working assiduously in ensuring the success of this campaign is quite unprecedented.

“Though the Buhari Administration has remained unperturbed in its strive to clean-up the mess perpetrated by the previous administrations, but the need to sustain the tempo through the on-going historical ‘change’ espouses by this administration is the major motivation for our proactiveness towards stemming this scourge called corruption” said Dotun Roy, Communication Head, AYONAC.

AYONAC is currently on media tour to the six-geo political zones in Nigeria, waging war against all forms of corruption.