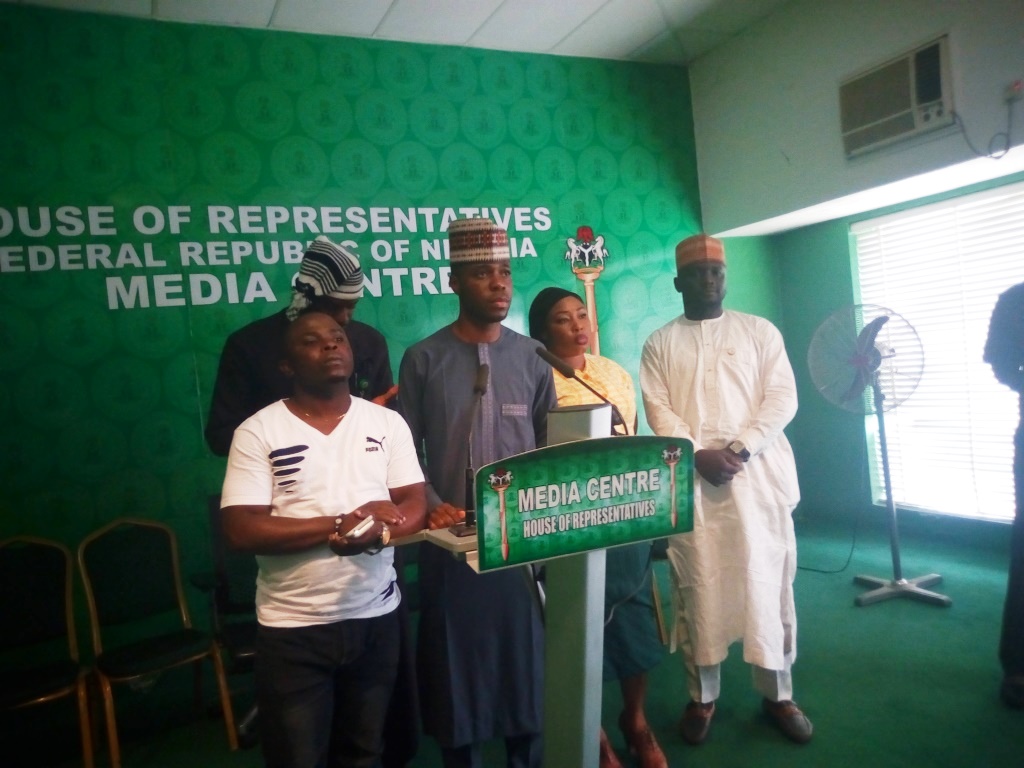 As part of the activities to commemorate the International Youth Day 2017 across the globe, the Nigerian Youth Parliament led by its Speaker, Rt Hon. Ayodele Obe has held a World Press Conference at National Assembly Complex in Abuja to call on Federal Government to give immediate attention to the recurring challenges facing an average Nigerian youth towards maximizing his or her full potentials.

Some of the challenges enumerated by the Youth Parliament are the issues of youth unemployment, youth budget, restructuring, absolute neglect of the Youth Constituency by the Federal Government amongst others.

According to him, Nigerian Youth Parliament has witnessed with utmost dismay, the unguarded and frivolous proclamations by some disjointed, disgruntled, unpatriotic and social irritants who are seeking cheap popularity through utterances which threatens the sovereign unity and integrity of the country.

“On this basis, the Parliament as an authentic voice of the Nigerian Youth Constituency hereby sounds a note of warning to all these groups. Consequently, we call on the leadership of the National Assembly to promulgate a legislation that will address the activities of these groups set in place the right punishment. This is because freedom of speech does not imply utterances of words capable of truncating national peace, unity and cohesion.  However Nigeria is one united entity and our strengths lies in our diversity and in the Unity of Nigeria we stand” he affirmed.

On the issues of urgent National Importance such as:

Other Resolutions by the Youth Parliament are highlighted below:

Other Parliament Demands are:

In strict compliance to our collective resolve and determination of championing every programmes and policies aimed at securing a genuine development that will ripple down positively on the Nigerian people, Parliament resolved and thus demand;

In ensuring the Unity, Progress and robust prosperity of Nigeria, the Parliament avowed to leave no stones unturned to doing all that is required and in engaging the right resource, strategy as well as every key stakeholders and groups to ensure the possibility of a peace, prosperous and strong Nigeria of our dream.