Aug 2, 2017 Humanitarian causes, Outreach for the orphans, The indigent in Nigeria 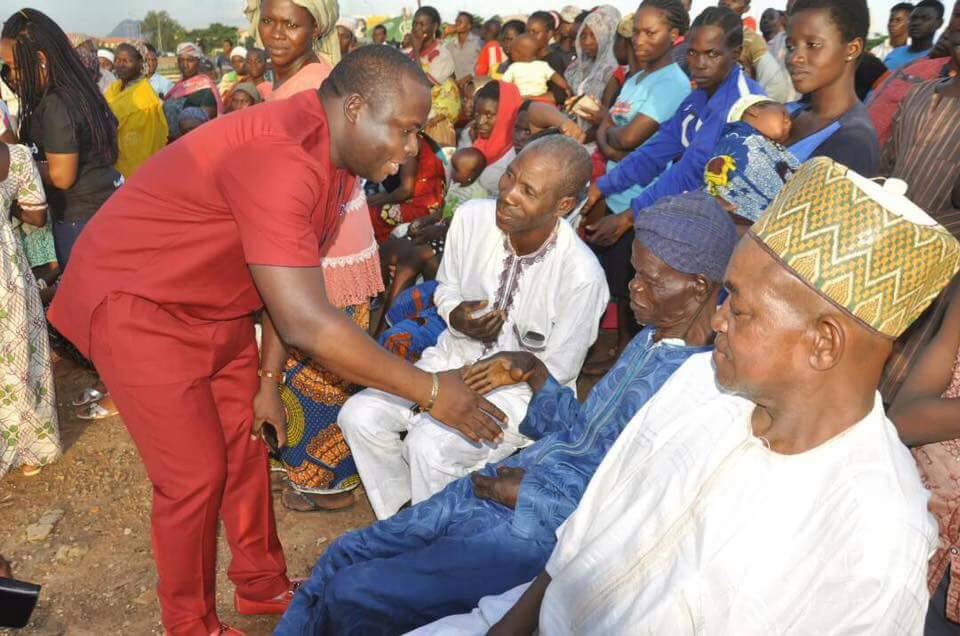 Vivid Soundz Boss, Ambassador Micheal Friday has reached out to the extreme poor and indigent living in Mabushi Community,  the Suburb of the Federal Capital Territory, Abuja through his ‘ Rural Rugged’ Outreach powered by Micheal Friday Global, a subsidiary of Vivid Soundz.

According to the President/C.E.O. of the leading engineering firm “VIVID SOUNDZ, ‘this is an integral part of what Vivid Soundz stands for, to give hope to the hopeless in the society, by providing such a platform as this for them to express themselves to the people around them while we also give them that sense of belonging in return as a family”

Amb. Michael Friday, who is well-known for his numerous philanthropic

programmes and projects for the less privileged, orphans, widows and the physically challenged across the country said he is committed to the cause of the putting smiles on the faces of the poor.

While addressing the Mabushi community he admonished everyone present to be their brothers’ keeper and to always be ready to help one another no matter how little they have. He concluded by saying categorically that the outreach has no political motive behind it as opposed the erroneous notion or speculations that may crop up as a result of the outreach.

“Rural Rugged Outreach was born out of sheer passion to keep supporting and providing necessary help to the less privileged. he affirmed.

He added that the outreach will continue to be a monthly event across various suburbs in Abuja with support from his
Amiable wife, the COO, Vivid Soundz who also help  delight in reaching out to the needy.  She expressed her gratitude to the Mabushi Community for their cooperation and honouring the invitation to part of the outreach.

Food items like measures of rice, indomie noodles, sachet of maggi, sachet tomatoes and salt, onion, bottled water among other household items were distributed to the people.
The event also had special performance from the celebrity gospel artist, Samsong.