Buhari presides over the FEC meeting after his medical vacation 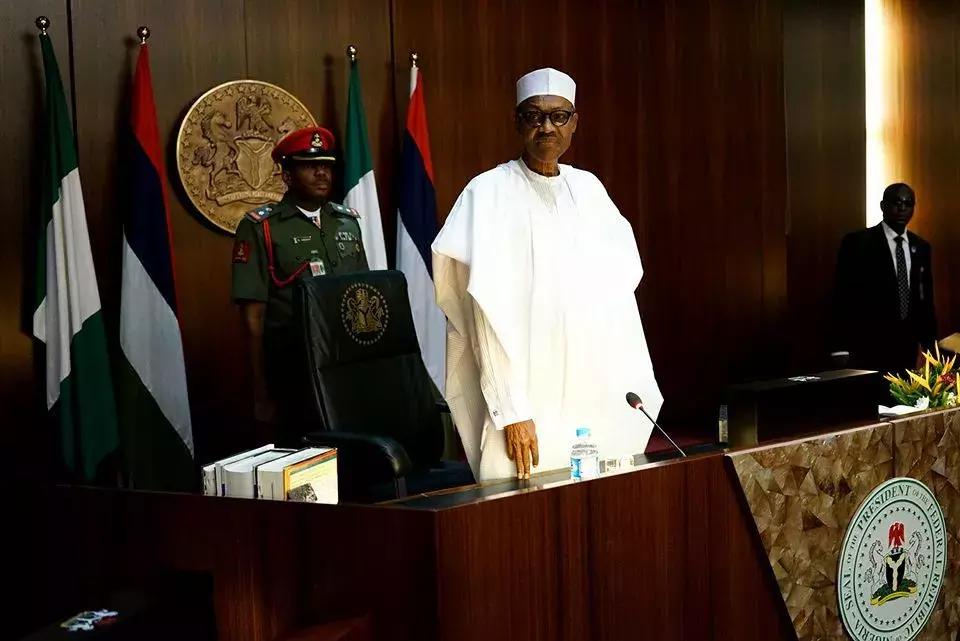 President Muhammadu Buhari on Wednesday presided over the first meeting of the Federal Executive Council after his 49-day medical vacation.

The meeting started at 10.01am when Buhari arrived the Council Chambers of the Presidential Villa, Abuja, venue of the meeting.

The President who was decked in a white agbada and cap on arrival asked that the national anthem be recited.

After the prayers, the meeting went into a closed session.

The President had got ribs cracking when he said jokingly that, “I have not seen Lai.”

Mohammed, in response, screamed from his seat, “I am here sir!”

Vice-President Yemi Osinbajo and the majority of the ministers were in attendance.

Buhari had arrived the country from London, United Kingdom on Friday and resumed work on Monday.

On resumption, he had transmitted a letter to the National Assembly, informing the lawmakers of his return.

He also received a briefing from Osinbajo who held the fort for him while he was away.

Although his handlers had claimed he was hale and hearty, Buhari told some state governors and top government officials on his return that he had never been this sick.

He had told them how he had to undergo blood transfusion and be going in and out of laboratories.

He warned Nigerians to avoid self-medication and have more trust in their doctors.

Google Maps upgrade! Allows you to add remote street images via your Smartphone – See how it works

India slides into recession first time ever in decades!