#WORLDCANCERDAY 2017 IN ABUJA: JOIN THE VOLUNTEERS! 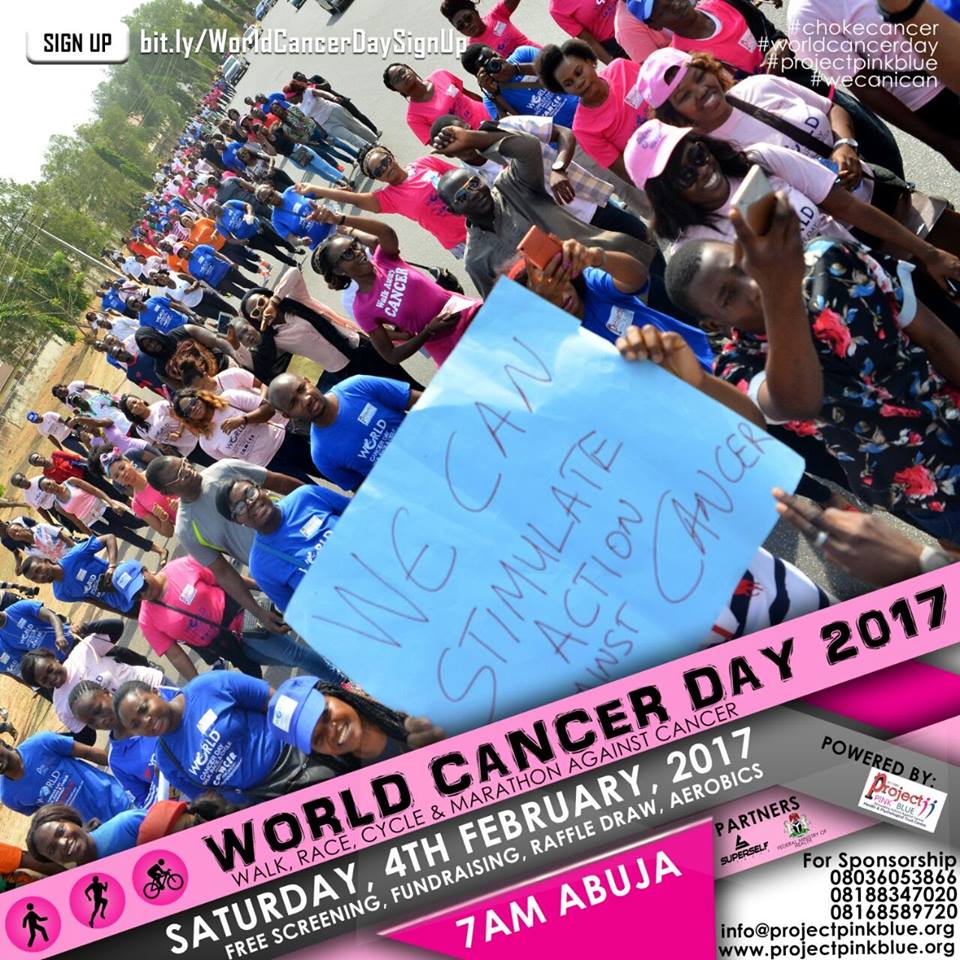 February 4th is World Cancer Day. And talking about Cancer, this has become a major source of morbidity and mortality globally. It has On the other divide however, precisely in the US on Thursday, Jan. 5, 2017; Health Day News reports that Cancer death rates in the United States have dropped by 25 percent and this decline in cancer mortality is primarily the result of large declines in the four major causes of cancer death — lung, colorectal, breast and prostate — which account for almost half of all cancer deaths. This progress is driven by amongst other things, improvements in the early detection of cancer and cancer treatment. The result is that there are about 2 million fewer cancer deaths than would be expected if cancer death rates had remained at their peak.

The crucial nature of the above statistics is to call on all and sundry to support the drive towards promoting cancer awareness as it has been discovered that early detection saves lives.

Project PinkBlue has been at the forefront of this drive, providing free screening, patient navigation and fund raising for patients since 2013. Kindly visit www.projectpinkblue.org

and FILL THE VOLUNTEER FORM HERE

#IStandWithProjectPinkBlue and together, we can make Cancer history in Nigeria, Africa and beyond. God Bless you!!!