The Many Lessons From The 2016 Ghana Elections – Itodo Samson 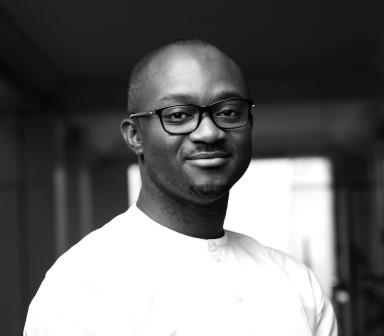 One month after the wind of change blew across West Africa’s poster child of democracy, Ghana, her newly elected President, His Excellency Nana Akufo-Addo of National Patriotic Party (NPP) has been sworn into office in an atmosphere of jubilation and elegance.

It is not surprising that the wind of change that blew across Nigeria and Gambia was also experienced in Ghana. The opposition party defeated the incumbent in what was termed the most expensive and fiercest electoral battle in Ghana’s history. This election also signals the first time, an incumbent seeking re-election will lose an election since the country’s return to multiparty democracy in 1992.  Just like the 2015 Nigerian elections, the NPP and its candidate campaigned on rooting out corruption from the polity. The atmosphere pervading the elections was tensed with threats of violence, implosive hate speeches, and the electoral commission adjudged biased. However, thankfully, all that is now history as Ghanaians have made their choice and democracy has won again.

Ghanaians demonstrated leadership in the way and manner they participated and managed the elections at a time it was predicted that the elections would be marred by violence. A survey on The Impact of Elections: Voting, Political Behavior and Democracy in Sub-Saharan Africa revealed that that public attitudes in Ghana are similar to those in countries where elections have been much more challenging or violent. However, the voters in Ghana kept peace and did not allow their country slide into chaos and instability irrespective of the outcome. The maturity displayed by Ghanaians is worthy of emulation by other countries.

Ghana raised the bar on election management, democratic transition, party politics and citizen participation. This should be a source of inspiration to other countries like Nigeria, Gambia and the duo of Liberia and Kenya who are preparing for national elections in 2017. For Nigeria, some lessons from Ghana could guide the National Assembly and INEC on key areas of electoral reform ahead of 2019. These lessons provide’ evidence that some innovations can potentially deepen the integrity of the 2019 elections. This article highlights some of the lessons learnt from the Ghana elections.

The Electoral Commission (EC) has been applauded for its stellar performance and upholding the tenet of democracy and transparent elections. One vital point that must not be easily forgotten is the fact that prior to the election, stakeholders in several quarters queried the capacity and neutrality of the EC. This is obviously coming against the background of the newly appointed EC chair, Madam Charlotte Osei who replaced Mr. Kwadwo Afari Gyan who held sway at the EC for twenty-two years (1992 – 2015).  Charlotte Osei was heavily criticized for most reforms she introduced on assumption of office; they include the introduction of new logos for the EC; disqualification of candidates and discrimination against smaller opposition parties when the EC submitted the voter register to the NDC and NPP before the other parties received copies of the register. At a point she was also accused of being a card-carrying member of the National Democratic Party (NDC).

Despite the logistics and legal challenges suffered by the EC, It did not undermine the credibility of the electoral outcome.  For instance, the Coalition of Domestic Election Observers (CODEO), Ghana’s largest citizens observation group reported early commencement of polling in 98% of polling units sampled in its Parallel Vote Tabulation (PVT) findings. CODEO independently verified the accuracy of the official election results declared by the EC. Their findings were corroborated by several domestic and international election observer groups like the National Democratic Institute International Observation Mission, ECOWAS and the European Union Election Observation Mission, who all lauded the EC for effective and professional management of the elections. A lesson learnt here is the importance of building institutions guided by independence, integrity and professionalism. Despite the appointment of Ms. Osei as the EC chair a year into the elections, the EC was able to deliver credible elections that reflected the will of the people.

Nigeria borrowed the use of Smart card readers (SCR) for voter verification from Ghana. One thing, the Independent National Electoral Commission (INEC) forgot to import is its efficiency in authenticating fingerprints of registered voters. In all the polling units visited, the SCR couldn’t stop echoing the prompt sound “Verified” as voters got accredited to vote. This was further verified by the CODEO PVT findings, which revealed the biometric verification machines functioned in 99% of the randomly sampled PUs. The success ratio of the verification process can be linked to the provision of finger wipes for voters to clean their fingers before going through the verification process. In addition, the machines were in good condition and they looked more durable and stronger compared to Smart Card Readers used in Nigeria. Whilst the security feature in Nigeria’s Permanent Voter Card (PVC) is contained in a chip in the card, the Ghana EC uses Barcode as security feature for its laminated voter ID.

Human beings with varying degrees of expertise, personality, temperament and emotional intelligence manage elections. Almost all the 148,000 election officials deployed by the EC in the Ghana elections were not only courteous but also professional in managing the elections. In all the hysteria the elections generated, there was no such allegation that polling officials were compromised or bribed by politicians to rig the elections. The officials comprising largely of young people displayed significant level of capacity and competence. They were very open to share information with voters and observers whilst conducting their primary assignment of administering the election. No doubt some polling stations recorded intimidation of election officials but the officials remained calm and coordinated in the face of intimidation and hostility by some voters. It must also be mentioned that the adhoc officials received adequate training in a conducive learning environment. As noted in several pre-election observation reports, the trainings of adhoc staff in Nigeria requires large scale improvement. Often times, the trainings are inadequate and administered under unfavorable conditions and environment. This is reflected in the poor management of elections at the polling unit level.

Participation of Persons with disability (PWDs)

Recognizing the challenges experienced by PWDs in exercising their voting rights, the Ghana EC made adequate provisions to facilitate their participation. For instance, the EC provided tactile ballot jackets for visually impaired voters to enable them vote independently without any form of assistance. This protected the secrecy of their ballot, unlike Nigeria, where an estimated 25.5 million persons living with disabilities are disenfranchised. In several instances, PWDs are unable to cast their votes due to inaccessibility of polling units or lack of PWD focused voter education. A recent Accessibility Audit conducted in the 2016 Ondo governorship election by the Leave No One Behind partners, reveals 77% out of the 224 sampled polling units, were situated in locations inaccessible for persons with disability. That in all the observed polling units, there were no instructions in sign language for PWD nor were Braille or Tactile ballots provided for visually impaired voters. It is therefore important for the electoral commission to make adequate provisions to ensure PWDs exercise their franchise effortlessly in future elections.

There so many reasons why Ghana will continue to shine as a beacon of democracy in Africa. Their ability to promote inclusion through special voting and prisoner voting is remarkable and worthy of emulation. Special voting allows certain categories of stakeholders providing essential election services on Election Day to vote before the Election Day (this include election officials, accredited media personnel and security agencies etc.). Prisoners also participate in the voter registration process and are allowed to vote. During the limited BVR, CODEO reported that prisoners were registered in the prison although the prison officials kept their voter cards. Nigeria is lagging behind in mainstreaming early voting or special voting into the electoral process. Prisoners were not allowed to vote in the 2015 general elections despite a Federal high court ruling directing INEC to make provisions for prisoners to vote. This promotes institutional disenfranchisement of voters. INEC needs to make provisions ahead of 2019 for security agencies, election officials, and election observers to vote before Election Day. It will be remarkable progress, if Nigeria introduces early voting in 2019 elections. In US, early voting is not restricted to special individuals but to all voters who are willing to cast their vote early. This improves voter turnout. Electoral commissions must be above board in putting mechanisms in place that guarantee citizens right to vote without stress or hitches. The fear that the process could be abused or compromised is no longer tenable as Ghana is a testimony that mechanisms can be put in place to ensure the process is transparent and credible. All you need is a comprehensive election logistics plan backed by a strong political will and courage, coupled with consistent stakeholder engagement.

The introduction of reforms to the electoral process was designed and implemented in consultation with the political parties through the Inter Party Advisory Council (IPAC). Prior to the elections, IPAC and the EC reached an agreement on several issues like manual voter verification and electronic transmission of results. The EC visibly engaged different stakeholders in the elections. The monthly meetings between the EC and IPAC were helpful in providing a platform for addressing apprehensions and information sharing. This boosted trust and confidence in the electoral commission. All through the elections, the parties seemed to be guided by their commitments. The other parties did not hesitate to call the NPP to order when the party declared that its candidate had won the elections before the EC released its official results. This consistent stakeholder engagement with the EC serves as an accountability mechanism between the EC and the political parties. Nigeria’s electoral commission needs to sustain its engagement with IPAC and other relevant stakeholders like civil society throughout the electoral cycle.

In conclusion, the Ghanaian election has come and gone, it is time for elected officials to commence the business of governance. We must never forget that elections are just a part of a broader framework of democracy and not democracy itself. While as a continent we have made appreciable gains in the peaceful political transitions, it is time to begin the arduous work of making democracy to deliver development to the people.

Samson Itodo works with the Youth Initiative for Advocacy, Growth & Advancement (YIAGA) in Nigeria. He was part of a Ghana elections study mission by the National Democratic Institute for International Affairs (NDI) and supported by the National Endowment for Democracy (NED). He tweets @DSamsonItodo