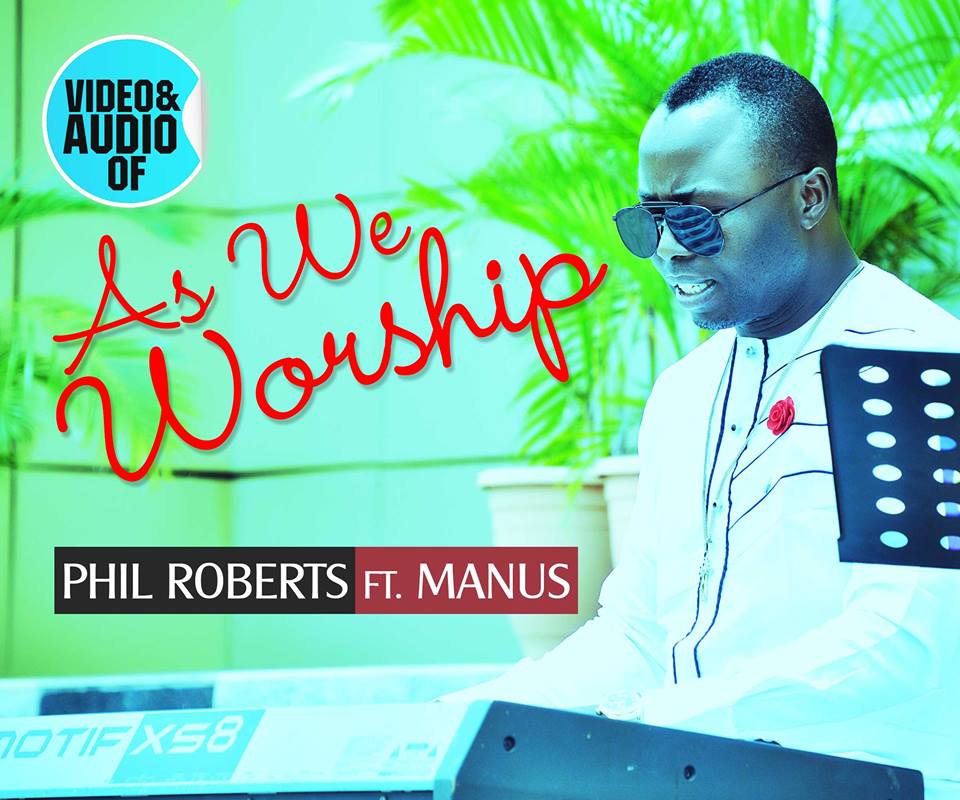 The A-List Abuja based Gospel Rock Artiste Amb. Phil Roberts has concluded plans to release the official Audio/video/Lyrics of his hit worship single AS WE WORSHIP featuring Min.Manus.
The video will be officially released on the 2nd of December, 2016. Phil Roberts who is also the music director of KICC Abuja says fans and all lovers of Rock music should happily anticipate the release of this video. The song ‘AS WE WORSHIP’ is a fine blend of soft rock and gospel blues in which Phil Roberts and Manus did excellently well in their rendition. The beat is soul pleasing and world class. The snippet to the video was released on youtube two days ago.
This video is just another feather in the colorful cap of Amb. Phil Roberts who has released numerous gospel tunes and videos in the past decades such as Ebube, Chioma, Faithful God and several others. Phil Roberts has performed in dozens of Gospel concerts in and outside Nigeria. The popular gospel act is also an established entrepreneur. He is the brain behind the professional event firm ABUJA EVENT COMPANY, the C.O.O of WEB MEDIA FILMS LTD, Director Of Projects with an International NGO called Project KNOW THYSELF INT’L. CEO of GOLD MUSIC and the Business Development Consultant of CHILD EDUCATION & CRIME EDUCATION. He established PHIL ROBERTS & THE SOUND SIGNATURES in 2013 for the purpose of empowering Nigerian Youths. As we await the official release of this wonderful video by the Rock Ambassador, all we can say is Kudos and Job Well Done!
For Partnership Pls contact us on
08035490338
Like or Page on Mr Phil Roberts
Twitter/Instagram: @philroberts4u
Email:philroberts4u@yahoo.com
BBM:2BC002E0
www.mrphilroberts.com

Watch the snippet video below. Hurry now and grab your copy at the nearest music audio and video outlet close to you!