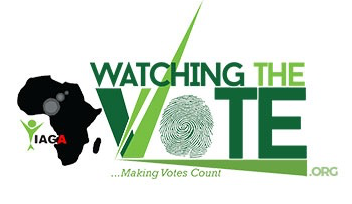 Ahead of the postponed Ondo State Gubernatorial election formerly slated for November 26th 2016, The Youth Initiative for Advocacy, Growth and Advancement (YIAGA), with support from the National Democratic Institute (NDI) held a three-day intensive training for Election Observation Supervisors, drawn from the 18 Local Government Areas of Ondo State.

Cynthia Mbamalu, the Project Co-ordinator for the Watching the Vote Project disclosed that the YIAGA will use an advanced data and technology driven methodology to observe the Ondo State Governorship election. Watching the Vote will provide credible, independent and objective information on the process and outcome of the election.

“Ensuring processes that deliver free, fair and violent-free elections is central to our election program at YIAGA. That is why Watching the Vote is very important to us. The participants will be trained on all the critical aspects of election observation and the Watching the Vote methodology. They will take part in simulation exercises as part of the training requirement. At the end of the training, the participant will conduct step down trainings to observers in their different LGAs”, Ms. Mbamalu said.

Stressing the importance of the training and the overall Watching the Vote methodology, Ms. Mbamalu said the training was crucial because it was targeted at LGA Supervisors who are responsible for training the election day observers.

She further stated that the success of the Watching the Vote methodology was hinged on the ability of the observers to do exactly what is expected of them by the methodology.

“The Watching the Vote methodology is aimed at providing all stakeholders in elections, including the public, with credible, independent and objective information on the conduct of the election. The methodology is based on sound, time-tested statistical principles. It uses a representative sample of polling units. That means that #WatchingTheVote can provide the most comprehensive and accurate picture of the election process in Ondo State. Without bias, observers deployed through #WatchingTheVote can truly reflect voting patterns and conduct during voting day”.

Some of the participants who spoke after the training appreciated YIAGA and the NDI for their role in enhancing electoral integrity in Ondo State. They pledged their unflinching support to the success of the Watching the Vote methodology, adding that they will do their part in ensuring that the Ondo Governorship election is transparent.