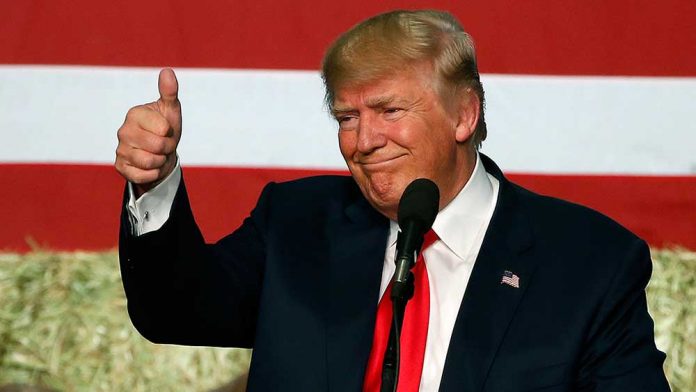 Exit polls suggest that “Never Trump” was never a likely outcome for white evangelical voters, who showed up to support President-elect Donald Trump at their highest margin since 2004.

Despite reservations expressed by many evangelical and Republican leaders, white born-again/evangelical Christians cast their ballots for the controversial real estate mogul-turned-politician at an 81 percent to 16 percent margin over Hillary Clinton.

Evangelicals of color—who represent 2 in 5 evangelicals, but aren’t segmented out in most national political polls—largely preferred Clinton leading up to the election. But she ultimately underperformed among Hispanics and African Americans compared to President Barack Obama before her.

“The story here continues to be continuity in the strength of evangelical support for GOP candidates, rather than greater intensity,” said Kevin den Dulk, political science professor at Calvin College. “I suspect there’s some underlying changes in polling responses that would make Trump’s evangelical support seem greater than it has in the past.”

As a wave of disappointed voters announced on Twitter that Trump’s election has led them to drop the label evangelical, den Dulk speculated that evangelical believers who voted for Clinton may have been less likely to identify that way in exit polls, widening the born-again gap between the two candidates.

While Clinton’s campaign largely ignored evangelical outreach (unlike Obama), Trump spent much of the months leading up to Election Day directly courting evangelical support. Those voters—particularly in battleground states such as Ohio, North Carolina, and Florida—proved to be one of his strongest support bases. During the Obama election years, as many as a quarter of evangelicals voted Democrat; with Clinton, it was nearly 10 percentage points less than that.

“The fact of the matter is that in this race only one of the two major party candidates even pretended to care about white evangelicals,” tweeted Obama’s former faith advisor Michael Wear.

White evangelicals made up 1 in 4 of all voters in the 2016 election. The only demographics that broke for Trump more than white evangelicals were Republican men (90%), Republican women (89%), and conservatives (81%).
Americans who attend religious services weekly also favored Trump, but by a narrower 56 percent to 40 percent margin over Clinton. Monthly worshipers also broke for Trump more narrowly, 49 percent to 46 percent.

Exit polls also indicated that Trump swung the Catholic vote back to the GOP by a 52 percent to 45 percent margin, after a majority of Catholics sided with Obama in the previous two elections.

Trump and Clinton proved a contentious pair from the start—more evangelical voters planned their pick out of distaste for the other candidate than out of enthusiastic support for their choice, according to the Pew Research Center. As of October 25:
• 45% of white evangelical Trump supporters were voting for Trump
• 51% were voting against Clinton
Pew also found that:
• 41% of white evangelicals thought Trump was “a good role model”
• 55% thought he was “hard to like”
• 58% thought he was well-qualified
• 67% thought he was honest
“I have many friends and loved ones who made the decision to cast a mournful vote for the GOP nominee,” said Denny Burk, professor at Southern Baptist Theological Seminary’s Boyce College. “They have no illusions about what the GOP nominee is… I disagree with their decision, but I understand and respect them.”

Among evangelicals, some speculated that Trump’s shaky background on pro-life issues, awkward articulation of his personal faith, and reputation around women would turn away conservative Christians. But party loyalty outweighed those concerns.

Trump gave a victory speech around 2:50 a.m., thanking his family, staff, and supporters, including previous GOP hopefuls Ben Carson and Mike Huckabee.
Vice President-elect Mike Pence said, “I come to this moment deeply humbled, grateful to God for his amazing grace.” Trump did not mention God in his remarks.

The Rolling Stones’ “You Can’t Always Get What You Want” played the pair off the stage at their late-night celebration.
In the runup to Election Day, CT noted the Top 10 stats explaining the evangelical vote.