“We have been ill with no medical attention and food” – Victor, an IDP boy 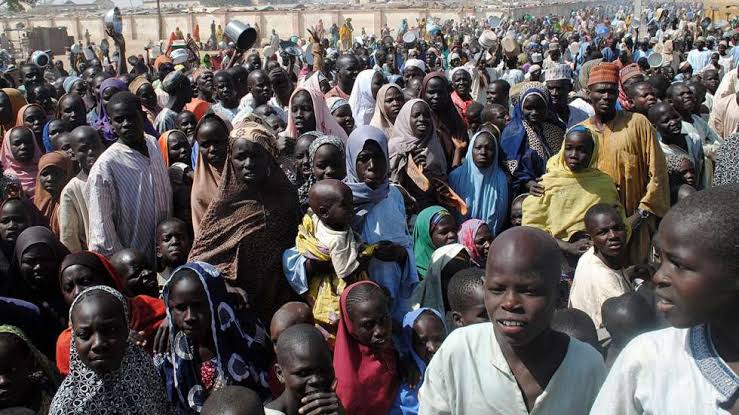 We may choose to feign ignorance of their existence in our midst. We may even consider their plights such as living in shanties and squalor, their bad health conditions in their various camps particularly within the suburbs of Federal Capital Territory as none of our business. However, we may never be able to ignore the consequences of the neglect, which could compel the supposed weaklings and the indigent to revolt as a result of consistent hunger, deprivation, lack of health care and medical attention which have resulted to regular deaths in several Internally Displaced Persons (IDPs) camp.

Typical example of when poor men revolt and its outcome happened couple of days ago in Maiduguri where these abandoned IDPs who have been left to die in squalor took to the street, blocked major highway to express their displeasure having being treated like refugees and animals in the country where they are supposed to have equal access to basic infrastructure just like every other Nigerian.

IDPs are mostly people living with the aftermath trauma of watching their blood relations being killed and slain by Extremists Boko Haram, their properties destroyed and became homeless. They all need to be healed and this healing cannot be overnight. It will take sometimes. A whole of lot also involved in this healing process. one of such is giving them sense of belonging and restoring their dignities.

Our recent visit to one of the IDPs camps in Abuja revealed that there is need for well meaning Nigerians, politicians,  actors,  professionals, medical personnel  to come to their aid.

Victor is one of the IDPs who spoke to us shared horrible ordeals they go through on daily basis. “Every single person has been ill on the camp with no medical attention, because of the rainy season our houses often get flooded with overflown dirty water” he lamented.

He added that they sleep and wake up with hunger pangs,  no clean water to drink. ‘We are scared there won’t be sudden outbreak of disease that may lead to an epidemic. Please we need urgent help from you people, government or nobody, he cried.