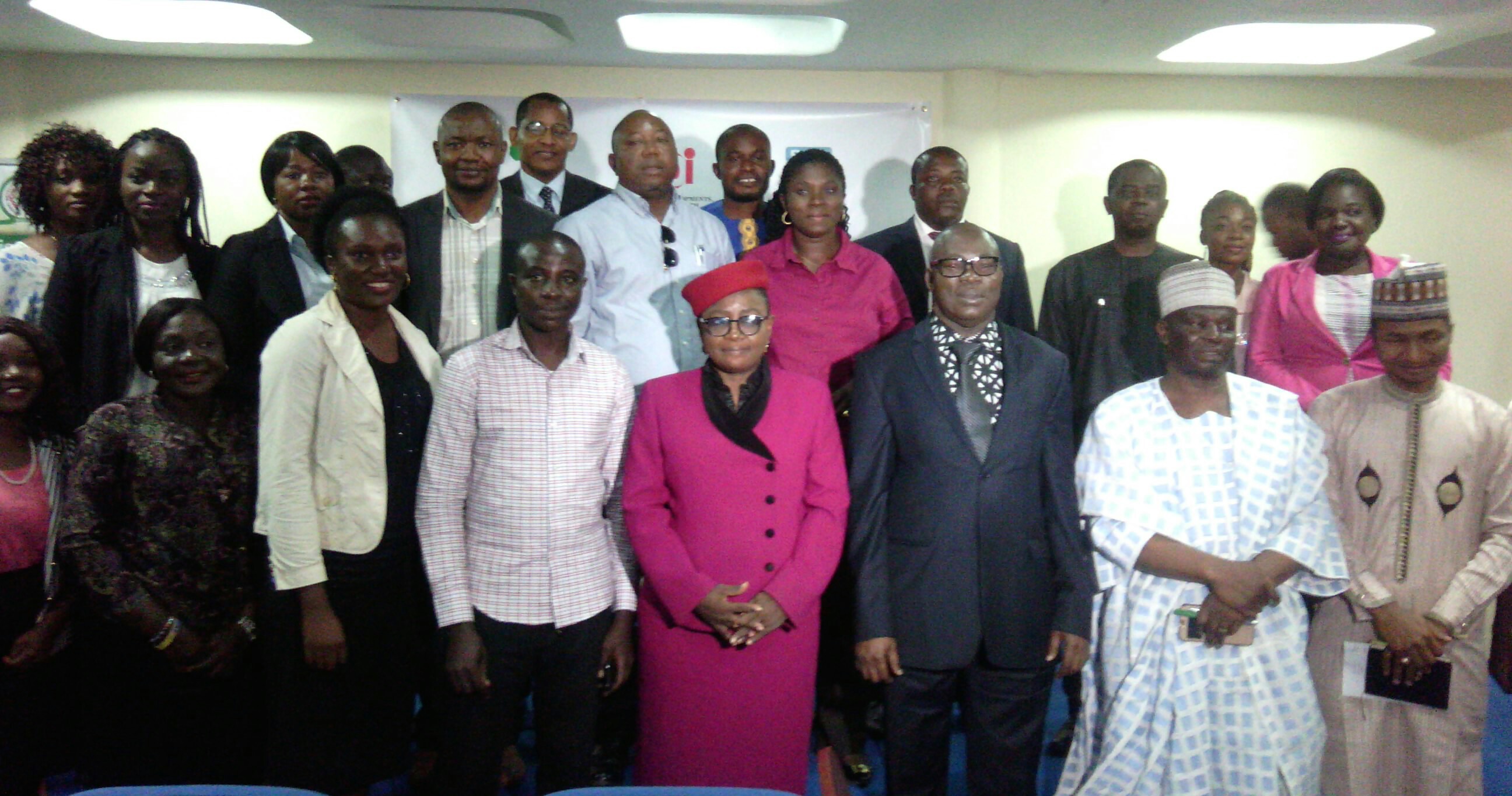 The workshop which took place in Abuja today brought together science and biotechnology experts, journalists, reporters, as well as communication experts from across the country, particularly those who have been eager to churn out reportage on the recent controversy surrounding the introduction of GMOs.

Professor Lucy Ogbadu, Director General, NABDA who has being the leading advocate in enlightening the populace on the immense benefits inherent in GMOs and crop production during her presentation posited that GMOs are achieved by simply taking genes from desirable source/species of either plants or crops to (another species of plant or crop) where one would like it to be. ‘Introduction of GMOs has helped in preventing infestation in crops production and preservation’, she explained.

Ogbadu further gave copious analysis of how GMOs became the outcome of long years of biotechnology research to improve seedling for better crop yield and agricultural produce that would be able to withstand the pests’ attacks.

“Biotechnology is not new, it has been in existence since 19th century, the introduction of yeast into bread making and wine is one typical example of the role GMOs could play in preservation of crop/seedlings she affirmed.

She added that WHO, UN and European Food Safety Agency have all certified that GM Crops are not likely to present risks to human health and that GM crops are not substitute as most people assume, it is to complement.

Speaking at the workshop, Coordinator JSDI, Etta Michael noted that the workshop has become a necessity to elucidate on GMOs so as to correct and avert more of several myths countering the positive impacts of GMOs in Agriculture and food production by several groups for selfish interest and towards achieving food security in Nigeria.

“Journalists and Media practitioners have major roles to play in educating the public, if the journalists are furnished with the truth and the right information about the great impacts and benefits of GMOs to humanity, there would be less controversy, because people seem to have been misinformed, he alluded.

Director General, Mr Rufus Egbegba during his presentation at the workshop on ‘Understanding Biosafety, Biotechnology systems and uses of GMOs’ asserted that role of biosafety management Agency is to ensure that institutions give total compliance to the polity and policy.

Speaking in relation to GMOs, Rufus said so far no biotechnology crops has been sold in Nigeria contrary to several rumours regarding GMOs intended to create unnecessary tension by some Groups.

‘We don’t promote but we ensure safety, he affirmed.