OKWARAJI MEMORIAL Vs #IYD2016: A LESSON FOR THE NIGERIAN YOUTH! 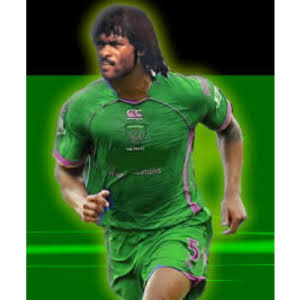 Sports story is one thing I hardly do on this space. And to those who have over the years, stayed committed to reading development stories on this news website, would also understand that a sport story would be a total shift from the norm here on DotunRoy.com. However, there are things that just happen even though unplanned for in life.

The decision to put up this interesting article to honour the popular Nigerian soccer Legend, Samuel Okwaraji became a necessity following a Facebook post that I bumped into from a colleague yesterday who i equally believe was just trying to make some real sense by honouring the memory of this football legend who died in his prime on August 12th 1989, on the pitch while serving his Fatherland. He collapsed ten minutes from the end of a 1990 World Cup Qualifier against Angola.

The circumstances surrounding Okwaraji’s death, I would say still remains one of the most painful and mysterious to all football lovers in Nigeria till date.

Although, I was in elementary class when it happened, I could still bring to memory the magnitude of pains this single tragedy caused within the sport industry and how the whole nation was thrown into gloom for days. It was indeed a monumental loss of some sort for the Green Eagles team back then considering his age and the prospects ahead of the young chap. I recall a public holiday was declared to mourn him, by the then Head of State, Former Military President, Ibrahim Babangida.
Sketchy information gathered after the autopsy I suppose, was that Samuel had slumped due to Congestive Heart failure while on the pitch, sadly he passed on before any medical help could be rendered to save his life.

One interesting side of this story that struck and compelled me to do this article like I mentioned is that the death date of Samuel Okwaraji, which is August 12th, coincidentally has been same date set aside to mark International Youth Day across the globe. Coincidental, isn’t it? Well, you can say that again!

Viewing this coincidental events happening same day, from my perspective and being an individual who belongs to that school of thought that nothing happens in this life without a reason, I would say every young Nigerian should try and tap into the uncanny lesson this tends to present before them.

While a number of young Nigerians agitate, whine and weep that they are the most disadvantaged when compared to their contemporaries in the developed world, they should also do some soul searching on the positive contributions and impacts they can make rather than loaf about and be expecting to be spoon-fed or constituting nuisance to the already messed up society they find themselves.

Nobody is too small to make impact. Okwaraji was in his twenties when he had that great impact within the National and International Football scene. I know many would say, you can’t compare that time to this time, “they had better opportunities and better platforms than us”. Well, sorry to burst your bubble, I’d say, we have better opportunities in the 21st century than they did back then. It all depends on how we position ourselves as young people of this Great nation. I still believe, there are many living Okwarajis out there, who can still do us proud as a nation anywhere in the world!

Until we realise that young people have major roles to play in the socio-economic transformation and national development of any nation we may never be able to take decisive steps and change our outlooks to what is currently happening in the country at moment. We must understand and own up to our onus and try as much as possible to hold on to maintain the tenacity.

The system may appear choking but our attitude towards the choking polity would also go a long way in determining whether there will be the light at the end tunnel sooner than we expected.