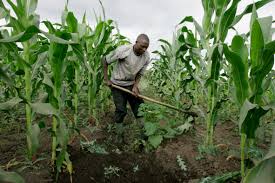 The Nigerian National Bureau of Statistics has pegged Nigerias general unemployment rate at 12.1% as at the first quarter of 2016, with youth unemployment rate at 48%. In the same light, about 4.5 million Nigerians match into the labour market annually from tertiary institutions with very limited places to work in. Albeit few Nigerian governments have commissioned miniscule interventions to tackle it, some of these interventions have been experiencing implementation, monitoring and sustainability crises. There is also the lack of political will to drive these interventions.

Furthermore, the impacts of these interventions are extremely miniscule when juxtaposed with the brutal reality of what young Nigerians are passing through. The environment is not enabling to start sustainable businesses. Limited access to loans from banks and the government, poor governmental incentives for entrepreneurial activities, poor quality of basic infrastructure, limited access to skills acquisition trainings and no sound policy to fundamentally address unemployment by the successive Nigerian governments.

Nigeria has one of the largest set of frustrated young people, whose dreams are dying, and still have to depend on their parents for livelihood upon graduation from universities. Unemployment has actually contributed to a good number of societal malaises including armed-robbery, internet-scams, all manner of scams, kidnapping etc. This unemployment crisis has worsened based on Nigerias current economic crisis, capital controls, FOREX restrictions, import bans and shortage of FOREX earnings. If Nigeria could not tackle unemployment effectively when oil prices were high, should it be now, that oil prices have been divided into two? Currently, more Nigerians are losing jobs; more are finding it difficult to start businesses; and businesses are folding up.

Nigeria’s current economic situation is attributed to several factors such as primary export dependence, low oil prices etc. First of all, in a changed and globalised world with sharp global competition amongst nations, nations diversifying their economies, globalised standards of productions, nations going extensively into manufacturing; its reprehensible that Nigeria with a population of 180 million still depends on a socialist constitution of oil wealth distribution to survive. This is absolutely not possible. Nigeria cannot depend on oil revenues again to pay salaries; provide public goods; sustain institutions; provide infrastructure; and provide stable electricity. Nigeria was forewarned about the rainy day and disadvantages of overdependence on oil. However, she watched a considerable number of other nations diversify their economies, such as: China, Brazil, Iran, UAE, Malaysia, Singapore, Indonesia, South Korea etc. without doing anything about hers. While other nations see oil as a seed to power other sectors, Nigeria has been looking at it as a major harvest.

Though the best and sustainable solution to Nigerias unemployment crisis is industrialisation which entails the provision of an enabling climate for manufacturing to thrive, the shortcut to reduce unemployment rate is through the development of the agricultural sector. Nigerias agrarian paradox is quite disheartening. For a country with such population muscle, massive landmass of wasting arable lands and good climate for agriculture to have food crisis is quite reprehensible. Nigerias agricultural potentials put Nigeria in a position to feed the world, but this is not tapped. There have been reforms by successive Nigerian governments for increased agricultural productivity but most of them could not achieve much. Since the early 1970s to date, there has been a steep drop in agricultural production correlating roughly with the rise in federal revenues from petroleum extraction.

Whereas previously Nigeria had been the world’s lead exporter of cocoa, production of this cash crop dropped by 43% between 1972 and 1983, while productivity in other important income generators like rubber (29%), groundnuts (64%), cotton (65%), and palm oil (50%) all dropped by those percentages. These margins of the countrys exportation of these agricultural produces should have been doubled in the 2000s if successive Nigerian governments did not relegate agriculture. The decline in agricultural production was not limited to cash crops amid the oil boom as national output of staple foodstuffs also fell in the early 80s. This situation contrasts to Nigeria in 1960 just after independence, when the nation was more or less self-sufficient in terms of food supply, while crops made up 97% of all revenue from exports.

This is the time for Nigeria to massively re-visit agriculture through partnerships between farmers, governments, the private sector, international organisations, foundations, and research institutions that will be aimed at improving productivity. This is the time to attract massive foreign investors to invest in agriculture and also mechanise it. This is the time that the Nigerian government should incentivize agriculture and provide an enabling environment for agricultural activities in form of infrastructures, loans, supports etc. Nigeria has an energetic youth population. The government should encourage and provide the necessary support for them to go into agriculture. The government should generate a robust, implementable master plan for agriculture with a timeframe, set of targets; and engage young Nigerians, with the last target to exporting different agricultural produces, with facilities for processing. States should donate hectares of land for agricultural industrial zones (settlements) to be built – Where young Nigerians should be placed in accommodations to learn modern agricultural techniques for different agricultural paths, the agricultural value chain of production and distribution, and be mobilized to set up farms. In addition, states and the Federal Government should establish mass expanse of farmlands through Public Private Partnership. Farmers should be educated about modern markets and technologies should be used for production, distribution and understanding markets.
If Nigeria does not go into agriculture with a robust plan, unemployment would continue worsening. Then with her current economic crisis, the country might go into a deeper crisis. This is also time for the Nigerian federal government to devolve power, decentralise the economy and power smaller governments. Why most of the state governors are lazy is because, they just sit and wait for allocations from Abuja. The certain allocations from Abuja make them less innovative, less creative; and discourage them from finding means to grow their states economies. Nigeria should practice true federalism.

Chambers Umezulike is a Researcher, Writer and Youth Advocate. Contact him via Email: chambers.umezulike@gmail.com or Twitter: @Prof_Umezulike