#SEDA: Measuring well-being across the World 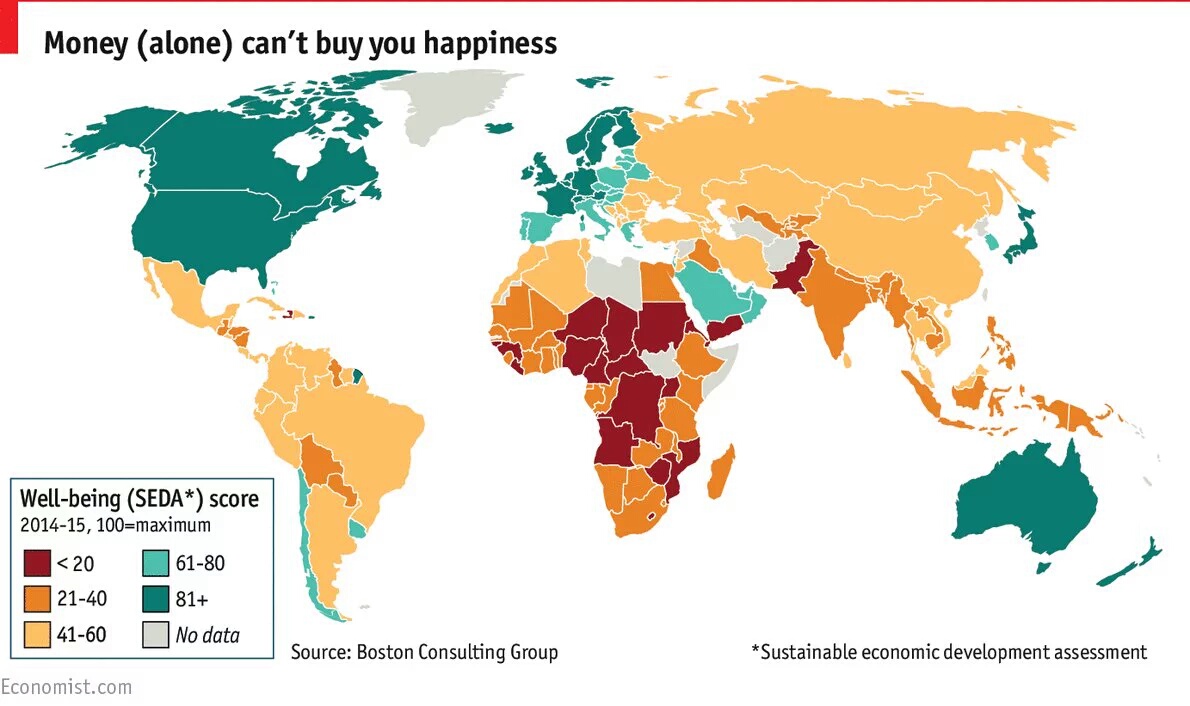 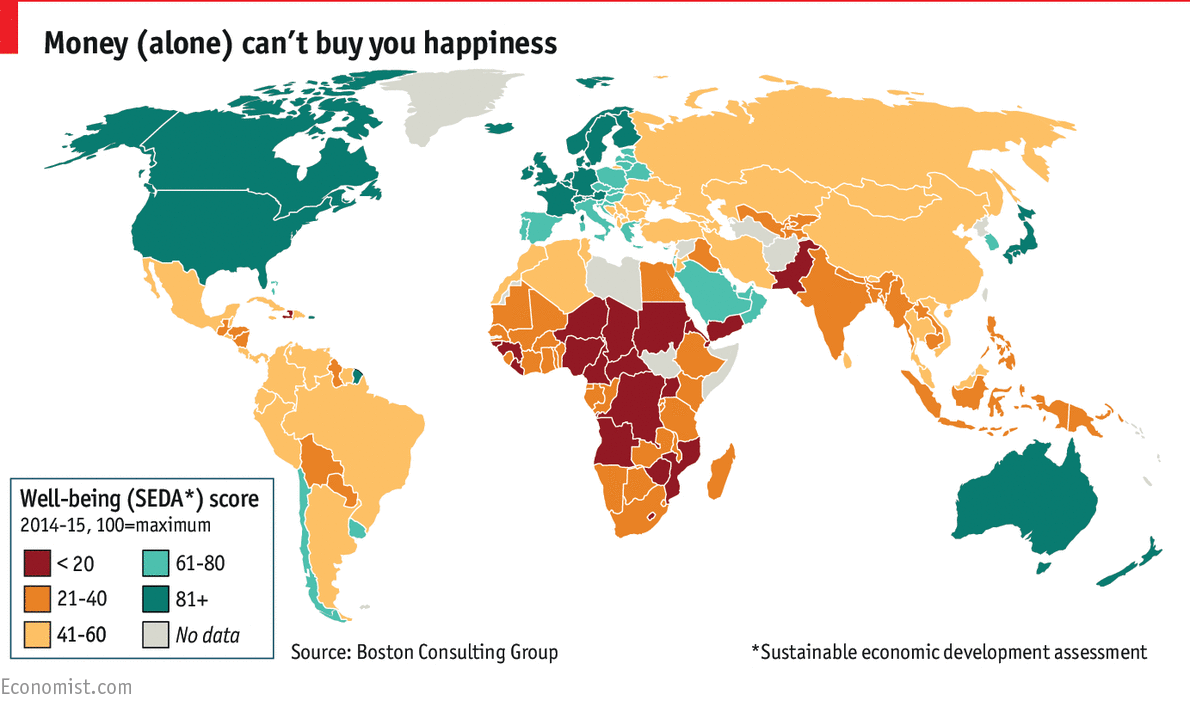 HOW do you measure the well-being of a country’s citizens? Looking at wealth alone is clearly not enough: oil-rich states in the Middle East may have the highest levels of GDP per person yet they lag behind the West in terms of civil rights, education and a host of other quantifiable (and desirable) measures. Boston Consulting Group (BCG) attempts to answer this question with its “Sustainable Economic Development Assessment” (SEDA). This year’s report, published on July 21st, encompasses 163 countries or territories and looks at each country’s performance across three measures: economics, investment and sustainability. Economics is made up of income, stability and employment; investment comprises health, education and infrastructure; and sustainability includes income inequality, civil society, government and environment. Altogether, BCG crunched nearly 50,000 data points.

The usual suspects occupy the top spots, with Norway reaching the maximum of 100 in the normalised scoring system, as it has every year since SEDA was launched in 2012. It is followed by northern European states and other developed countries. Petro-states such as the United Arab Emirates and Qatar, two of the wealthiest countries in the world, come in at 25th and 26th respectively. The United States’ relatively poor standing at 19th reflects its high income inequality as well as its low health and education scores.

BCG also compared financial inclusion (the percentage of individuals aged 15 or over with a bank account) against each country’s SEDA score, revealing a clear relationship.The report’s authors found that countries with higher financial inclusion generally had higher well-being than their peers at a similar income level. The relationship between financial inclusion and well-being is most closely connected to good infrastructure (telecoms and electricity), civil society (gender equality) and government (strong regulation and the rule of law). 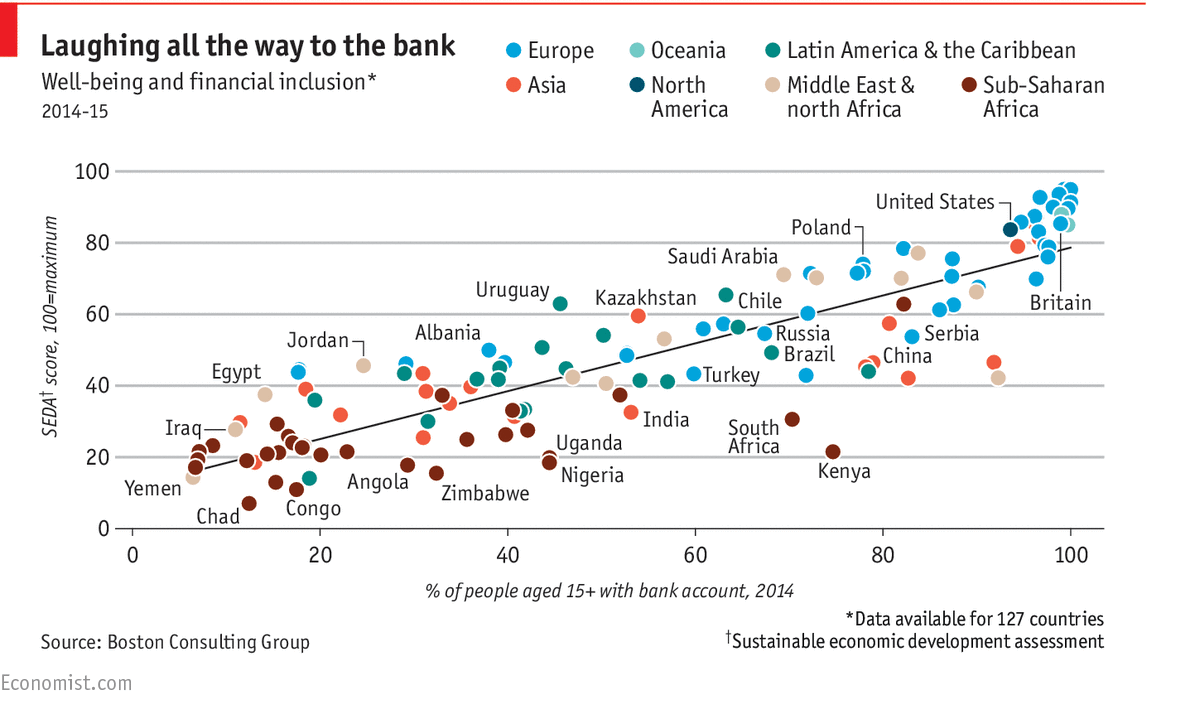 Culled from The Economist