Press Freedom: An Oxygen of Democracy! 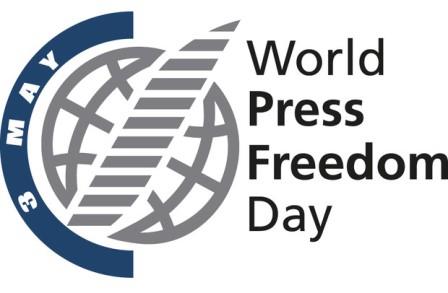 Globally, the role of a journalist in any democratic society is as important as the form of government that governs the society. To many, the duty and assignment of journalists often appear simple and easy as they are considered whistle-blowers. However professionalism, technicalities in discharging this duty and unforeseen harassment, danger of being incarcerated without just cause and probably loss of lives are gradually becoming the bane of journalism in Nigeria. It has been reported that more than 2,500 journalists, reporters and broadcasters have lost their lives in the course of duty since Nigeria gained independence in 1960.

As the world celebrates World Press Freedom Day today, uncountable questions spring up in my mind. One of these questions is in whose care is the security and protection of journalists committed in Nigeria? is it the responsibility of National Union of Journalists? State government? Local Government? Or the Almighty Federal Government? Still searching for answer though, till I get a reasonable and satisfying one.

Quite a number of reasons have prompted this above question. One of which is, despite the fact that there is existence of freedom of Information Act, journalists, reporters, broadcasters, bloggers and the likes still operate in fear in the country. Journalists are gradually becoming endangered species of some sort. They are being preyed upon at will by the selfish politicians and public officer holders who dread the truth and mostly prefer to keep running shady and faulty systems lacking due process. while i await answers, my opinion is, there is need for proper legal framework and constitutional review on the safety and protection of the press and media practitioners to insulate them from perpetual threats and molestations in the hands of these oppressors.

To be candid, in as much as we all yearn for due process and good governance, freedom of press, writing and expression cannot be relegated to the background in a democratic setting like Nigeria. Hence journalists are regarded as the “watchdogs of the society”everywhere in the world. They often act in the interest of the marginalised, the voiceless and oppressed in the society. The unfortunate irony of this is, when the journalists who act in the interest of the oppressed suddenly become the major target of the oppressors  then who would fight for the marginalised, the oppressed and the voiceless among us. According UN secretary General, Human rights, democratic societies and sustainable development depend on the free flow of information. And the right to information depends on press freedom.

Recent arrest of Jacob Dickson in Kaduna state, a young journalist whose commitment to his duties has caused him unnecessary punishment  by the Governor of the state after reporting on some pressing issues that yet to addressed in the state, is a classic example of how supposed democratic society like Nigeria could be so unfair to journalists. Jacob was invited by the State Police command over a story an online news medium www.autthenticnewsdaily.com  broke that the governor was pelted and booed in Angwan Gado a suburb of Malali axis in Kaduna North-local government area of the state where a communal clash was said to have broke out last week. Up until now, he is yet to be released from prison custody.

The historical background of Freedom of Press revealed how it began in Europe, Sweden and present day Finland to be precise back in the 16TH Century under a famous Monarch. According to Svante Kilande Swedish Ambassador to Nigeria while giving his goodwill messages at the Word Press Freedom Day 2016 in Abuja, with the theme “Access to Information and Fundamental Freedoms. This is our right”. He shared how Freedom of Press was passed into law in Sweden in 1766, and was abolished in 1774 by another Monarch who felt Freedom of Press could threaten his reign. Nevertheless, today, Sweden has been able overcome this challenge against the freedom of Press, ranking amongst the top countries with Press freedom in Europe.

For now, one can only be optimistic that this year World Press Freedom Day would help shed more light on pertinent issues and several challenges confronting journalists and strategies to mitigate these challenges would equally be raised either by concerned international communities or Federal Government of Nigeria.