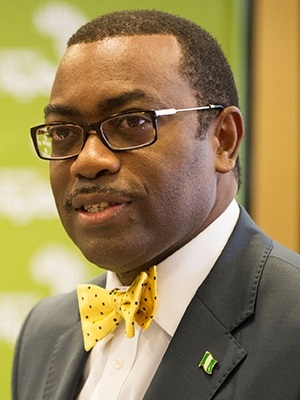 Former Minister of Agriculture and Rural Development, and current President of the African Development Bank, AfDB, Akinwumi Adesina, has lamented that despite Nigeria’s huge capacity of 50% of the world cassava’s production, less than 1% of its produce is exported.

Adesina made this known through AfDB Country Director, Ousmane Dore, who spoke in Abuja stating that Nigeria produced 53 million tons of cassava in 2013 valued at $16billion but exported cassava produce valued at $1 million.

“Nigeria produces 50% of the world’s cassava but exports less than 1% of the product.

“The study mentions Nigeria as Africa’s top producer of cassava with 53 million tons in 2013 – about 20 per cent of global cassava (approximately $16 billion in value), but only exported $1 million worth of cassava.

“The global production of cassava was worth $51 billion in 2013 – the highest production value ($35 billion) of the sub –sectors but the lowest export value (approximately $1-2 million),” Dore said.

Dore further said Nigeria being the largest producer of cassava globally would not translate to mean anything if the country could not lift women out of poverty.

According to the analysis, women get lesser returns despite contributing 70% to the work force of the sector.

“Nigeria is the largest producer of cassava in the world but that does not mean anything if we don’t lift women out of poverty.

“I want us to be the largest processor of cassava in the world as well and this can be done by adding value to our products and moving women upwards the value chain.

“In Nigeria, women contribute close to 70% of agricultural work force, but yet, get far less of the accruing returns.

“Also, in spite of their huge labour investment, productivity is low, and they often have limited roles in decision making on farms, and ownership of land and other productive assets due to existing social norms.

“This has significant negative impact on the family income and the nation’s GDP at large.

“The report highlights five major constraints that can limit women’s productivity and full inclusion into the agricultural economy to include lack of access to assets, lack of access to financing, limited training, gender –neutral government policy, and time constraints due to heavy domestic responsibilities.”

He added that the role of women was largely limited to the unskilled parts of production; few own the land on which they work, they are rarely compensated for their labour and often not in control of the income generated from the sale of agricultural produce.

“Our objective for commissioning the study was for the AfDB to play a decisive role in contributing to the economic empowerment of African women in agriculture.

“This event is a call for all our esteemed stakeholders to join forces in a discussion on how to take this work forward,” he said.

According to AfDB’s Special Envoy on Gender, Geraldine Fraser –Moleketi there are six million smallholder cassava farmers in Nigeria alone and women accounted for a quarter of these smallholder farmers but earned only 17% of the income because their productivity was lower than that of men.

“Women’s presence in the agricultural labour force is significant at 50 per cent, and there really is no better overlapping opportunity to support women’s economic empowerment and strengthen a critical sector on the continent.

“The recommendations of the report are clear. We need to grow agribusiness entrepreneurs (commercial farmers, processing, export); improve productivity and incomes; creating niche products within the four sectors we have prioritized – cocoa, cotton, cassava, and coffee.

“I believe that being ambitious about how we implement the interventions identified in this report could change the face of agriculture in Africa and empower millions of women,” she said.